My wife and I had a chance to play Lovers in a Dangerous Spacetime at an Xbox event in Toronto last year. After playing just one level together we saw the potential for this to be a great co-op game we could play together especially if the controls were tweaked just a little bit.

Lovers in a Dangerous Spacetime is what I classify as an “arcade” title. It is genuinely one of the most beautiful titles that I’ve come across in this format in quite a while. Typically with this genre the graphics are toned back to a simplistic cartoon approach with a focus on gameplay to make it exciting for players. This trend is bucked with Lovers in a Dangerous Spacetime having a cosmic array of colors throughout the each level and a spectacular polished look across all visual elements.

The soundtrack compliments the game and creates that musical atmosphere of “lost in spaaaaaaaaace!” Not to mention the adorable giggles from the space bunnies that are your main focus in the game. The other sound effects of course are mainly from the weapons shooting from the enemies/ship or when you crash into something from shoddy steering. Overall I like how the soundtrack complimented and enhanced the graphical experience.

The gameplay is its bread and butter. Lovers in a Dangerous Spacetime plays as a co-op title where the players work together to achieve their objectives. Your spaceship contains multiple stations (five weapon stations, a steering wheel, navigation center and a shield control room). You might expect to have eight crew members successfully run this ship, but alas it is only you and your fellow player (when playing co-op) or a trusty cat or dog AI when playing solo. This certainly adds to the difficulty level as it requires some strategic planning and a clear line of communication with your partner to get things done successfully.

“Being able to effectively work together and securing the right customizations lends itself to a rewarding galaxy adventure.”

There are four campaigns in total and within each are four levels. Each level contains 10 kidnapped space bunnies that you need to find, but you only need 5 to continue on to the next level. It’s good to keep in mind though that the more bunnies you find the faster you can upgrade your ship. There are also a lot of gifts scattered in the levels that will give you navigation points to bunnies or new gems to upgrade you ships. So, if you like to fully complete levels or if you like your upgrades there is incentive to explore the levels thoroughly.

Lovers in a Dangerous Spacetime allows you to customize your ships with power up gems that can be added to any of the spaceship stations. The metal gem for example, will add a huge mace to your weapons or a huge metal shield with spikes. Later on you can gain the ability to put multiple gems into parts of your ship. Combinations can generate some fantastic results like a power gem/metal gem combo which makes your engine faster and shoot mines behind you to slow down the enemies chasing you. 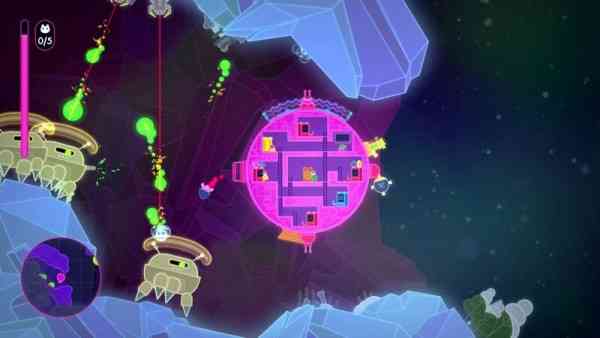 As previously mentioned, there are only two people running your ship which means that you will be running around constantly from each station as the need arises. When in solo mode, I typically put my pet cat in control of the shields and I took control of the steering wheel. When we happened upon some enemies I ran around doing everything, while occasionally telling the cat to do some other tasks if it just seemed easier at the time. Solo play with the AI companion does limit the gameplay a bit but it worked better than expected and provided a gameplay option that didn’t force you to only play co-op with actual humans.

Luckily the two person controlled experience is a lot more fun as we travelled through space as actual real life lovers. My wife and I shared a few laughs and bickered when someone wouldn’t listen (mainly me, sorry babe!). Though there are only four levels to work through, each has its own map and this gives a new experience each time. Some levels even contain different zones which will change how your ship travels and responds. One zone in particular comes to mind where there was a water current so quick that it made your ship turn in circles making it quite the experience in aiming your weapons or moving your shield around into place to protect the ship. Another neat level type had you travelling through a wormhole which leaves your ship stationary as you keep on defending you ship from wave upon wave of enemies. Without having to worry about steering the ship it creates a difference in how you play the game. You might have someone using the shield the whole time while another roams around to all the various weapons to take out the enemies or you can not worry about the shield at all and just use as many weapons as possible to take the enemy out quickly.

The concerns I had when I played Lovers in a Dangerous Spacetime  at an Xbox event several months ago have been put to rest as this is a fantastic co-op experience. Being able to effectively work together and securing the right customizations lends itself to a rewarding galaxy adventure. The addition of a solo mode, although not as a fun as co-op, works well and appeases gamers who don’t always have someone to play with at home. While the addition of an online multiplayer would have been nice, it doesn’t take away from what is a highly enjoyable co-op game.

***A Xbox One review code was provided by the Publisher*** 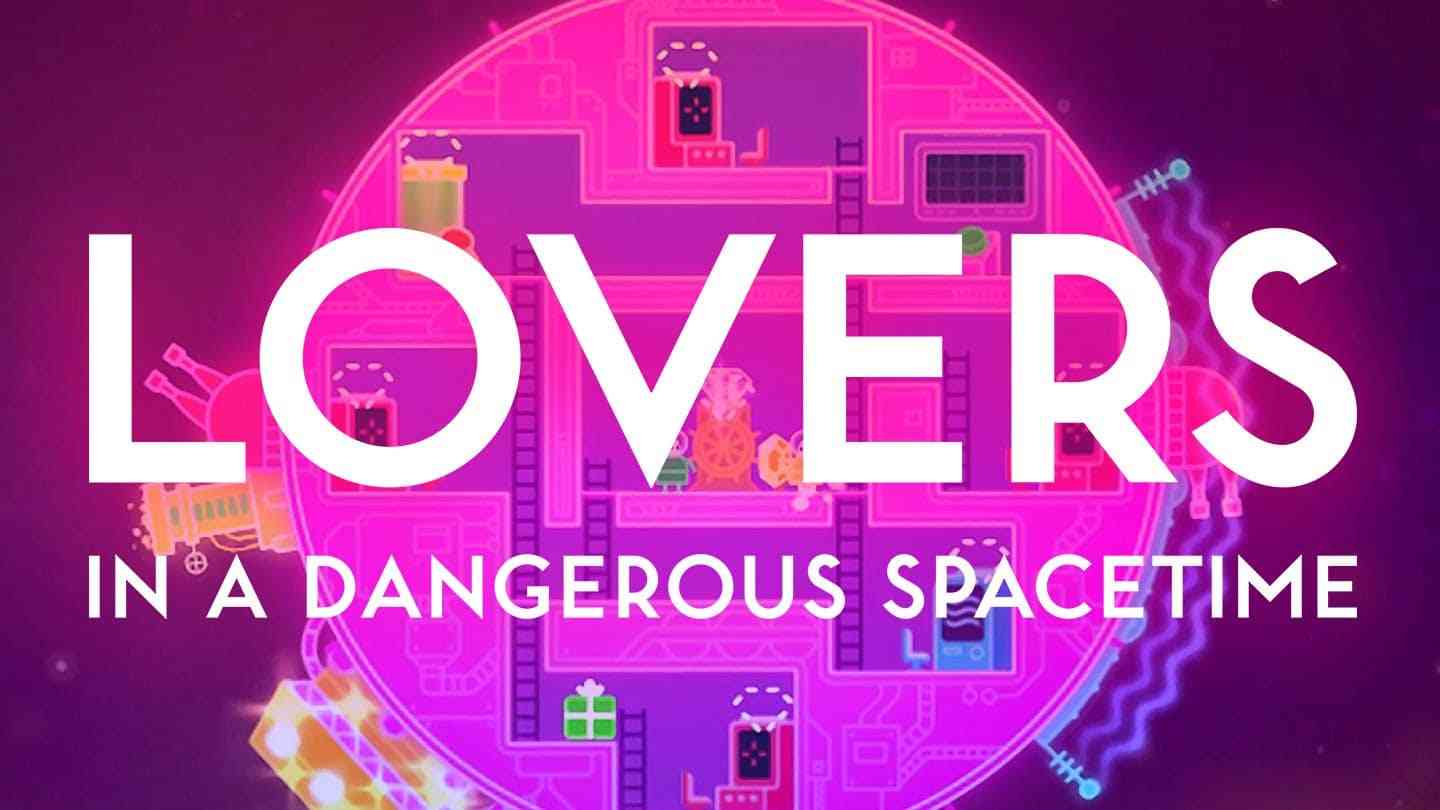