SOMA Review – A Submerged Scare-Fest Held Back by Technical Issues

Amnesia is a game that many refused to finish, just for how goddamn scary it was, and SOMA aims to replicate that success. It’s a title that is on a lot of people’s radar, and for good reason. A lot of media in horror tends to rely on jump-scares, whereas Frictional Games make the whole aspect about hide-and-seek. There are times where you are going to be running, and maybe even screaming a bit here and there, and SOMA delivers that in spades. Ironically, the heavy use of visual distortion tends to be a little bit too disorienting, and inconsistent puzzles take away from a solid title.

Frictional Games is back for round two (let’s not talk about Machine for Pigs), and aims to keep people horrified with their latest entry, SOMA. The game takes place in a sub-nautical research station, where you awaken to find that you aren’t quite alone. The occasional machine yells out to you, and even pleads to you for assistance. Machines think they are human, and will react adversely (and even amusingly) if you try to dissuade them. It serves as a central plot point, and the idea of technology and humanity becoming intertwined is something that has always interested me as inspiration for a story. Unlike more optimistic futuristic settings like Deus Ex, SOMA is downright bleak, and for good reason. You’ll be presented with situations where you need to sacrifice a machine to progress, and the story of SOMA lays out some interesting thoughts that have definitely stuck with me, long after I’ve turned the game off.

The atmosphere in this game is also seriously impressive. The sounds of decrepit architecture, mechanical stutters, and general disrepair are quite evident in PATHOS-II, the stage for the game. The feelings of isolation in the station are quite genuine, but believe me, you’ll wish you were alone. The monster in Amnesia was admittedly quite silly looking in the right light, but in the case of SOMA, the enemies remain terrifying, even in full-lighting. Horrible mixtures of man and machine pursue you at the slightest sound, and panic sets in as a thumping score serves as the only sound you’ll hear, aside from some seriously terrifying screams from the enemies in hot pursuit. Frictional did a great job at creating a world that sucks you in, and then makes you wish you’d never set foot in it. Sadly, the game has a few technical hiccups between how the game looks and handles.

“Frictional did a great job at creating a world that sucks you in, and then makes you wish you’d never set foot in it.”

The gameplay is largely the same as Amnesia, which I found a little disappointing to be honest. The formula of having the source of the scare actively hunting you instead of just sitting there and waiting for you to cross a certain point is refreshing enough within the genre that it doesn’t really require building upon, and trying to give the player some means of defense outside of manipulating where the monster can go via use of sound would take away from what Frictional set out to do. Much like its predecessor, SOMA also makes use of puzzles, and these vary from clever to mindless. The highlight of the game involves a bit of clever manipulation, however you don’t quite feel right with how you achieved it. It’s an interest premise that works with the game, but these instances are fleeting, and I feel like if Frictional tapped more from this creative well, SOMA’s puzzles could have earned it much higher praise, making up for the gameplay that was basically left as is. My major gripe is with the over-use of certain effects that serve to be headache inducing.

As the monsters get closer and closer, a variety of visual effects come into play, and like the gameplay it works from a thematic standpoint, but it is quite frustrating to have to deal with. Chromatic Aberration is used heavily if you manage to survive an encounter, and represents stress, much like the quivering screen from Amnesia. It’s an eyesore, to say the least, and a graphical effect that I’d like to see disappear very soon. The stealth also feels like an afterthought in the case of SOMA, and unlike Amnesia, there are very few places to hide. It’s not so much a tense game of “hide and seek” as it is a “wait for this thing to leave so I can keep walking around”. Allowing for more room for the player to maneuver around the monster is also something that is infrequently used, and it’s a shame, because when Frictional presents the chance for you to outwit the monster, the gameplay feels great, and really captures why Amnesia was such a well-received title. 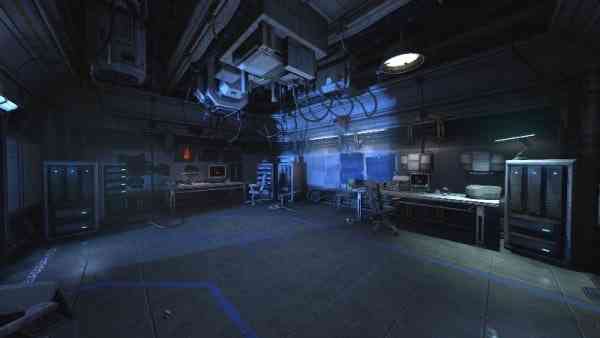 Despite my complaints, SOMA is a title that had a lot of effort put forth towards the story and atmosphere. It easily trumps what was accomplished in Amnesia, and the setting combines a number of elements, such as isolation, the depths of the ocean, and the vaguely humanoid shapes to create some genuine scares that serve to stand out from others in the genre. It taps in on things that are common ground for people, and some of these things are huge fears for people, and it serves to make this game so much scarier than Amnesia was. SOMA had the tools to come together to be something special, but like some of the AIs and machines in the game, it’s not quite a complete product, but still quite enjoyable nonetheless. 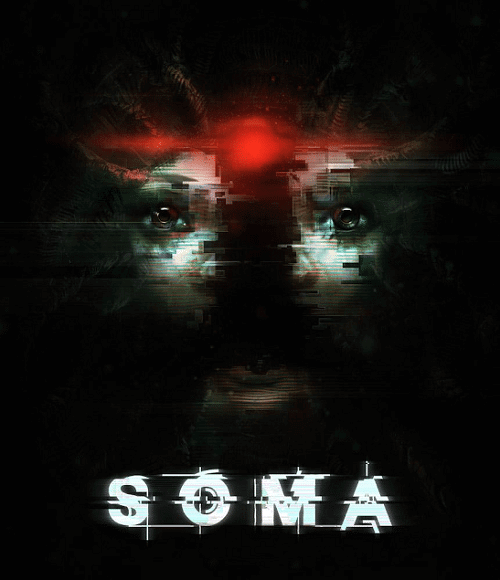