The famous French rally champion Sebastien Loeb has had a rich gaming history even before the release of his first game, this year’s Rally EVO. Polyphony Digital immortalized the legend in Gran Turismo 5 with his own rally challenge, and he even played Gran Turismo 4 in preparation for a big racing event. Developer Milestone Inc. also has a rich racing game history as they previously made the WRC games, originally created by recently closed Sony first-party Evolution. The rally genre seems to be experiencing a golden age with Loeb’s title, WRC 5, and DIRT Rally all hitting within a few months’ of each other. Rally EVO is a fine simulator, but is bogged down by dated visuals which is surprising when the high production value of the rest of the game is taken into account. The game features your standard quick match and career modes, but it is in the Loeb’s Experience mode that Rally EVO differentiates itself and really goes above and beyond any expectation I had.

But first, how does the game actually feel? If you’ve never played a rally title, be warned that there is somewhat of a steep learning curve. I will admit that even after many races I struggled to understand what Daniel Elena, Loeb’s co-driver, means when he says, “Caution Right 6, slowing into hairpin Left 150”, although I slowly started to get a grip on things and was shooting past predicted corners with confidence soon enough. And for every time I underestimated a turn and was lofted into a ditch, there was a set amount of replays I could use a la Forza. Having played some of the WRC titles, I feel as though the controls were tighter and more responsive there than in Rally EVO, although as the vehicles got better, so did my ability and the control I had over the cars.

“I have no affiliation with or love for rally auto sports, but after watching the 15-minute magnum opus of an intro video to the Loeb Experience mode, I was hooked.”

But now the juicy part: Loeb Experience. Rarely am I so floored, so taken aback, by a particular aspect of a game that I did not expect going in. Sure some titles look better on your TV, or we might underestimate the brilliance of something like the Nemesis system in Shadow of Mordor, but this is different. I have no affiliation with or love for rally auto sports, but after watching the 15-minute magnum opus of an intro video to the Loeb Experience mode, I was hooked. I can only compare it to having an actual narrative in a simulation racer. After watching a biography style video, you are tasked with playing through the events of that part of Loeb’s life. Now as you progress, you naturally watch more videos, and it feels like a character is being developed before your eyes. There’s nothing really I can compare it to, and the driving almost took a back seat to the thrill of taking part in an event you just heard Mr. Loeb talking about from his perspective when it was actually happening… to him! The mode encompasses the ‘early days’ in 1998 through to the ‘world champion era’ from 2004 to 2006 and finally the Pikes Peak event in 2013, culminating in 7 sections with over 25 races. The videos are of high quality and show off footage of Loeb racing as well. I learned a ton about the sport purely from a re-telling of his career journey, which is a testament to how interesting the series is.

Other modes include your standard career mode where you earn reputation and rise up the world rankings, as well as attaining credits to both rent and buy new vehicles to use in later events. There is also a pikes peak mode, similar to what is seen in Loeb Experience, where players are tasked with reaching the end of a near 20km path – which may explain the long load times. I would advise new players to hit up the training tutorial before jumping in to anything as it is vital to moving forward and continuously getting better and more comfortable with the game and its mechanics.

Sebastien Loeb’s Rally EVO is a decent enough rally game that shows off high production value here and there, but unfortunately not in its visual fidelity. The core of the experience, much like in WRC, comes by way of the solo timed events as you travel down winding roads trying to beat the AI’s score as your co-driver’s instructions keep you focused. The definitive highlight of the game is in the Loeb Experience mode that’s production value, level of detail, and immersion are unparalleled. 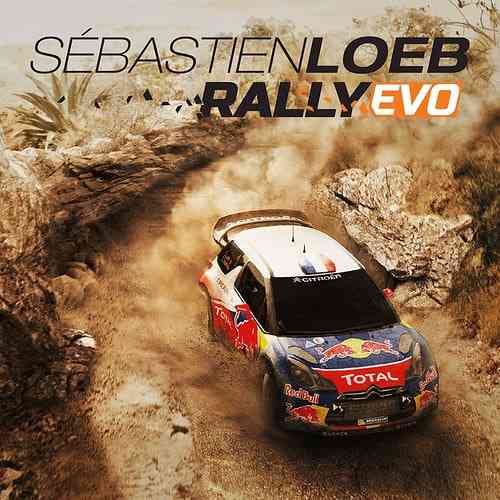