Middle-earth: Shadow of Mordor (Xbox One) Review – No Loot Cave, No Problem

Middle-earth: Shadow of Mordor doesn’t exactly redefine the open world action combat game genre. Its less than memorable story line, repetitive gameplay and the lack of a co-operative mode won’t have Shadow of Mordor on many folk’s game of the year lists. After you have finished the game, including unlocking all the upgrades, there is little reason to jump back into it; unless, of course, you are one of those collectible junkies or you bought yourself a Season Pass. It definitely won’t suck you back in quite like the way Destiny has for me. Knowing this, why should anyone pick up Middle-earth: Shadow of Mordor? Well, because it’s just so damn fun and follows a similar recipe to that of other successful video game franchises. Throw in a mix of Assassin’s Creed stealth gameplay and some of Batman Arkham City’s melee combat with a dash of that Lord of the Rings lore so many love and what you get is a pleasantly surprising third person open world action game that is incredibly satisfying.

There is no question Middle-earth: Shadow of Mordor is a punishing experience right from the get go. You will die and die a lot. It isn’t quite as punishing as say Dark Souls, but within minutes of venturing out towards your first mission, you will be quickly surrounded by Orcs (called Uruk’s in the game) and it isn’t long before one of them plunges a sword right through your skull. 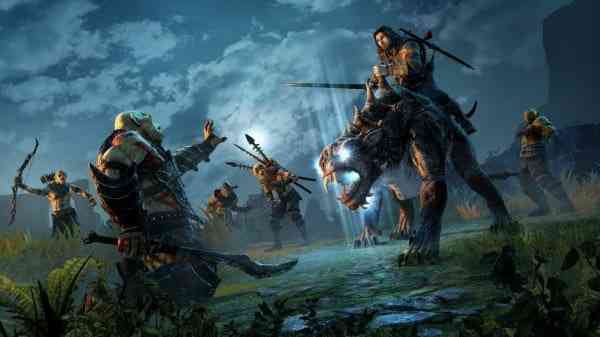 I have to admit I wasn’t impressed in the early going. I mean the cellophane wrapper was barely off the box when Shadow of Mordor promptly decided to kick my ass. It was unforgiving and almost rage inducing, but it did get better. After about an hour or so I managed to progress my character with a few upgrades and a few additional combat moves. Eventually I started slaying Orcs Batman Arkham City style. It was fluid, fun and super addictive. I was literally running (or stealth running) around from area to area looking for trouble. For hours I would abandon the games main mission in search of Orcs and Orc Captains to slay. The more enemies I demolished the stronger I became and ultimately the more enjoyable the Shadow of Mordor experience started to be. As you become more powerful don’t expect to go through Mordor unscathed. You will continue getting your arse handed to you but in Mordor death means something and has significant implications in the game.

Death in Shadow of Mordor isn’t like dying in most open world games. Whenever you meet your brutal demise to a gnarly looking Orc, that Orc then powers up and gets promoted within his Orc army hierarchy. So not only do you power up in the game, so do your enemies. Shadow of Mordor calls this the Nemesis system. It is this little dynamic that makes Middle-earth: Shadow of Mordor stands out from all those other free roaming games. It’s innovative and something you just don’t see in console open world games.

Defeating an Orc doesn’t always mean that is the last you will see of him either. Quite often Orcs will return with vengeance on their mind and they will recall the interactions you previously had with them. They can also come back more powerful so you have an even greater fight on your hands. It’s all part of the game’s Nemesis system which goes deeper and is much more involved than I am giving it credit for. 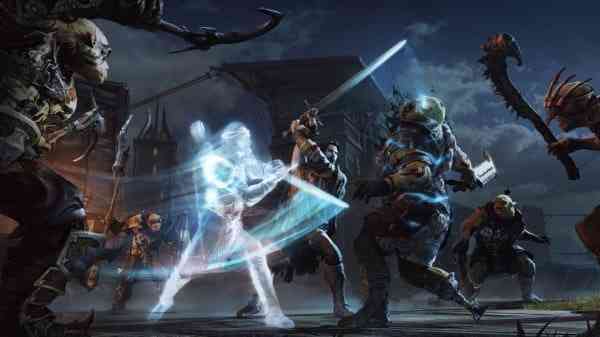 I have yet to discuss the story because frankly I didn’t find it all that interesting despite the top-notch voice talent. Shadow of Mordor takes place in-between the events of The Hobbit and The Lord of the Rings saga. The story begins on the night of Sauron’s return to Mordor where his Black Captains execute the Rangers of the Black Gate. It just so happens you play as one of those unfortunate Rangers, Talion, who quickly ends up on the blunt end of an attack by Sauron’s Orcs and Captains. Not only to do they execute you but they also slaughter your son and wife. Not all is lost for though as you are revived by an ancient and powerful spirit. He’s not quite dead but he isn’t all that alive either. He remains stuck in an afterlife of sorts. And so begins your quest to avenge your family’s death as well as uncovering some of the mysteries behind the Spirits that compels him and discover the origin of the Rings of Power.

As far as the story goes nothing really grabbed me or captivated me. The brutal opening sequences and encountering Smeagol were about the only parts of the storyline I found interesting. Granted Lord of the Rings and Hobbit faithful will likely find all references and some of the back story appealing but for me it was just filler for the real enjoyment in the game and that is the combat and Shadow of Mordor’s upgrade system.

Shadow of Mordor will take you around 25-30 hours to complete. This includes playing through Shadow of Mordor’s main single player story, taking down all the Orc Captains and all the accompanying side missions. It can feel like a grind at times and it gets repetitive but the many ways you can take down your foes also spices things up a bit.

While the free flowing melee combat feels great, the stealth sequences are extremely well done. Scaling tall wooden towers and sneaking up behind an Orc standing guard while delivering my dagger into the side of his neck is so satisfying and pretty gruesome as well. Shadow of Mordor makes Batman’s combat sequences look like a play date at the IKEA ball pit. Beheadings, slicing off an Orcs ears, and any kind of stabbing animation you can think of are on display. This is one of those games where the “Mature” rating is never in question. 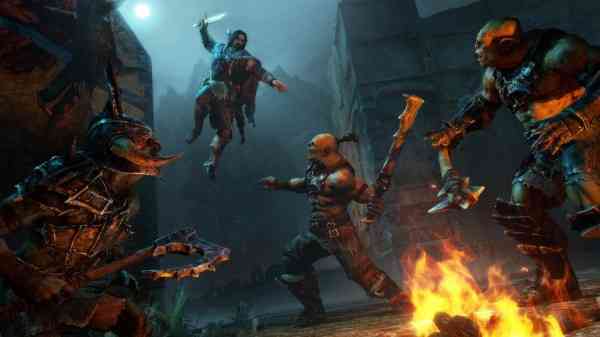 Visually, Middle-earth: Shadow of Mordor is a slick looking game. The detail is incredible and features some of the most gruesome looking enemies I have seen in any game to date. While Orcs in most games can appear somewhat generic, that is not the case here at all.  Shadow of Mordor features unique looking creatures that manage to accurately capture the brutish, aggressive and repulsive nature of the Orcs found in LOTR. Likewise the game’s environments are gorgeous and massive. All in all, it’s a stunning looking game. As good as the visuals can be the sound is equally fantastic. It’s everything you would expect from a rich LOTR game.

There is no question I wished Middle-earth: Shadow of Mordor had a co-op mode. Being able to plow through hordes of Orcs with a buddy would have been a blast. While it’s hard to punish such a game for the lack of a co-operative mode I cannot help but be a little disappointed it didn’t include any kind of multiplayer, at all.

If you are passing over Middle-earth: Shadow of Mordor because you are too occupied with loot caves or driving a McLaren P1 to a “Horizon Festival” you are missing out. With a brilliant blend of silky smooth yet brutal combat and some memorable stealth sequences, Middle-earth: Shadow of Mordor offers up some of the best open world combat we have seen in quite some time. It is not without some faults, and will frustrate many to the core, but in the end you are left with an excellent Lord of the Rings game that should please any “Mature” gamer.