When I first booted up Starpoint Gemini 2 (SPG2), I was a confused mess. Bombarded by tutorials, the only option was to trudge forward and diligently read through everything. This initial slog was tedious, no doubt. However it was totally worth it, as even now I wish I could just get back to playing. I’m already having so much fun and I’ve barely started to build my legacy.

In SPG2, you take a starting ship and forge your own path through the galaxy. Players can complete a number of missions and activities to level up and grow stronger, such as trade contracts or assassination attempts. These dot the map randomly as you progress and explore. Players can ignore the story even if they choose campaign mode, and simply wander the stars as a rogue craft. The universe is a vast and dangerous place! Don’t forget to upgrade your ship, as during these missions you’re sure to be attacked by space pirates in search of a quick salvage.

There aren’t a ton of new mechanics in this sequel. Think of it more like a huge upgrade, but I mean that in all the best ways. Flying and maneuvering feels vastly superior to the original title, and the combat is engaging. Even just cruising through the galaxy at times is super relaxing. This game really shines at immersing you into the life of a deep space merchant. Or pirate, whatever you’d prefer! There are so many options and Little Green Men Games has done a great job at making every path fun and viable. There is a ton of customization to help you really fill the role you choose as well. I personally spent a solid fifteen minutes just looking at my options the first time I leveled up. Any hardcore RPG fan will have a ton of fun just building their character and ship into their very own ultimate space hero or villain.

The visuals in SPG2 are breathtaking at times. The cosmos are beautiful and the artists have taken the time to convey that quite well. Planets and stars aren’t the only things to have gotten an upgrade. All the models look great and if your PC can support it, the particles and textures really shine. That being said, even if you have to optimize some settings this is still a nice looking game. The only thing I don’t like about the art is the UI. It could be a bit more visible and legible at times, particularly in the star chart. There is plenty of screen space so enlarging the text wouldn’t have been an issue. This is a problem throughout a lot of the menus actually. I’ve found that occasionally parts of the text will actually clip off the top or bottom slightly as well. With a game that is this information heavy, that’s not good. Little Green Men Games is apparently quite interested in utilizing the Oculus Rift so maybe this won’t be such a big issue once I’m strapped right into the world.

A big necessity for anything Sci-Fi is a decent set of sound effects and ambiance, and SPG2 delivers. Admittedly at times the lack of noise brings a sense of loneliness, but this only helps to really sell the whole space captain experience. More is often less, and I’m quite happy with the direction the audio team went in. Besides, you won’t have time to feel lonely with pirates firing lasers at you from all sides. All of the weapons have cool, distinct sounds to alert you of danger. Not all the sounds are perfect though. The voice acting doesn’t quite do this game justice, but it isn’t terrible. It is just a little over-dramatic or misdirected at times. 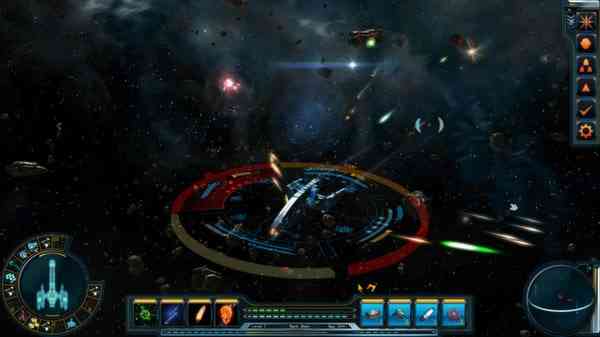 This game’s depth is its biggest weakness. A lot of people will be turned off by the extensive tutorials and complex systems. The niche audience that this game is for will undoubtedly love it. Too bad that niche audience isn’t a bit broader. Another area SPG2 could use a bit of improvement in is the flight controls. It’s better but it still needs work. There are other titles with similar mechanics that just feel smoother, and that would be the biggest upgrade I’d like to see in the future. I feel like a space captain, now make me feel like I’m actually piloting a badass spaceship.

Starpoint Gemini 2 caters to a specific audience and it does this very well. Aside from some minor flaws, this series really has come a long way with their second iteration. Thanks to all the upgrades, the developers had me lost in my own little world. Hours slipped past me as I hopped from station to station selling merchandise and fulfilling contracts. I could spend days just completing missions, let alone all the story quests there are to check out. If you enjoy Science Fiction and are looking for a way to kill some time this winter, you should definitely pick up Starpoint Gemini 2. It might take a bit of time and effort, but once you’re past the initial start up process you’ll soon be in for a treat. 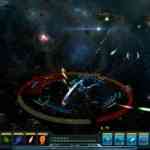 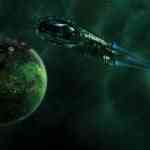 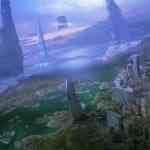 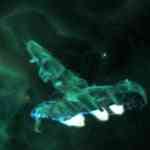 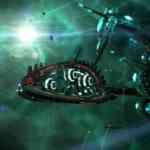 Next Neverending Nightmares (PC) Review – Thomas is NOT Alone…
Previous Middle-earth: Shadow of Mordor (Xbox One) Review – No Loot Cave, No Problem