Contrary to what the Internet marketing brigade and those magazines you find at the Wal-Mart checkout isle would have you believe…nobody is perfect. Everything and everyone has some form of weakness. Balloons squeal when touched by pins, cats and dogs flee from the vacuum, and George R.R. Martin has nightmares about characters that live too long. My fears and weaknesses include, coffee, spiders, cilantro, saying the word Massachusetts aloud, most clowns, the sound Styrofoam makes, and the mere thought of a world without fluffy sweaters. Want to know what the Nintendo 3DS is afraid of? Yeah, it’s Dynasty Warriors.

Stepping back and taking a big wide look at the game as a whole, Hyrule Warriors Legends hasn’t changed much from its original release on the Wii U. Racking up KOs, capturing keeps, level grinding your soul away, and all the rest of the core gameplay elements we know and love remain intact. What Legends improves upon are simple little bits that help smooth over gaps…we’ll call these “quality of life” changes. The biggest addition in this way is the ability to swap between heroes on the fly during a mission. A simple tap of the character portrait on the bottom screen will have you behind the helm of that particular champion. This is immensely useful for aiding a falling ally keep or captain by switching to someone who is closer to their location. The old method usually involved either running across the map with your one hero, or more realistically looking at the pleas of each and every Hylian Captain, laughing at their misfortune, and continuing about your business. A second addition that adds to your much needed mobility around the map came to us as an Ocarina, which can be used mid-battle, warping you to any activated owl statues.

“Stepping back and taking a big wide look at the game as a whole, Hyrule Warriors Legends hasn’t changed much from its original release on the Wii U.”

Hyrule Warriors Legends adds a bunch of content onto an already loaded list of things to do. On top of the inclusion of all the DLC content that was made available for the Wii U, HWL (Yes, we will be calling it that now) adds even more new characters, weapons, adventure maps, bosses, and story missions. Amiibo compatiability was added to this version of the game too, but the result is the same. Tapping a non-Legend of Zelda amiibo will grant you random rewards whereas tapping a Zelda themed amiibo (Link, Toon Link, Zelda, Sheik, Ganondorf, or Wolf Link a.k.a. Midna) will give you a weapon for that character. These new characters and weapons have been integrated into the core of the games story much more thoroughly on the 3DS than the Wii U and as a result lead to a much more immersive and fulfilling feeling when used.

In addition to all of the new content, and new game mode/feature has been added; My Fairy. My Fairy is a sims-esqe mode in which you can feed, clothe, and raise fairies of different elemental varieties to aid you on your journey. My initial feelings towards this, and even my first impressions were that this mode was going to be, to put it insensitively, dumb. My mind was changed after a bit of time with it. Despite its simplicity it’s a pretty fun little game mode. Feeding a fairy will change its stats in different ways depending on what that food is. When a fairy has been adequately trained it can be brought into battle and aid you using powerful attacks. As you use these Fairies they will level up, become stronger, and learn new more powerful magic. Getting started with My Fairy is as simple as cracking open jars in keeps to free the stray fairies inside. 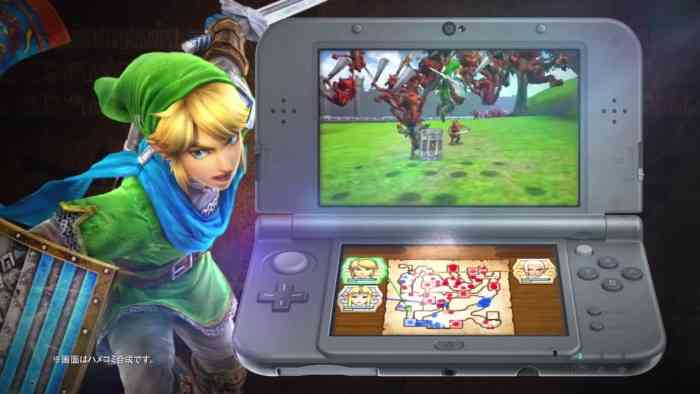 Aside from it’s obvious transition from a home console to a portable device (and the even more obvious reduction in overall fidelity that comes along with that), the musical score that makes up Hyrule Warriors Legends is largely unchanged. A couple of new tracks have been added to the couple of new maps also included in the game, but on the whole it’s the same experience as the original. The visuals on the other hand are a completely different story, and where this game finds it’s very noticeable kryptonite.

“On the whole Hyrule Warriors Legends is a solid game built upon the strong foundation of its predecessor.”

I’m sure getting a game as visually “dense” as Warriors running on the 3DS is no small feat. To compensate for the lack of processing power much of the game has been toned down from its original on Wii U in just about every way. Fewer enemies appear on screen at any given point, the texture resolution is…well…less than fantastic and they entire games art style has switched more of a cell-shaded appearance than a realistic one. These changes would be fine in the name of playability, unfortunately through all of the cutting and trimming Hyrule Warriors Legends still has frame rate issues. For clarity, this review was done on a New 3DS with the 3D off. When the 3D is turned on there is a further noticeable drop in frames. I light a candle in mourning for those that are playing on an original 3DS. Look around, you may be able to find a support group to get you through is tough time in your life.

On the whole Hyrule Warriors Legends is a solid game built upon the strong foundation of its predecessor. However it suffers greatly from its existence on a less powerful machine. I’d never go as far as saying it shouldn’t have been made, but comparing the two I still prefer to play Hyrule Warriors on my Wii U because it looks and feels better. Still, those that are a fan of what Hyrule Warriors brought to the table will definitely want to pick this up and get in on some more Hyrule Warriors action, and those that skipped the original won’t know the difference. I’d say that’s a win-win! 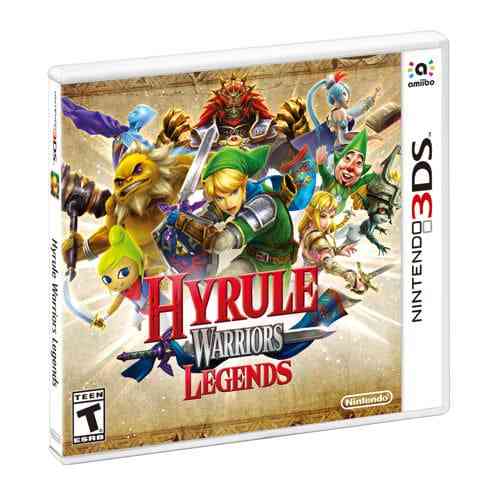