Last year I was somewhat disappointed with MLB The Show 15. I say somewhat as it had some moments, but I felt like the franchise didn’t bring enough new to the table. Not to mention, it was putting me to sleep, calling it a snoozefest. That may have been a bit too harsh, but in my mind Sony’s beloved MLB game was suffering from a serious case of franchise fatigue. With no real competition to push the development team, it’s almost as if they mailed it in. This year; however, MLB The Show 16 has taken a step in the right direction. It feels fresh and that stale feeling is nothing but a distant memory. The upgrades are significant and some of that swagger the game lost last year is back. While Josh Donaldson’s man bun is a boat load of awfulness, MLB The Show 16 is anything but as the franchise is back with a bang.

Fans who exclusively play The Show year after year who have already purchased the game will be happy with the upgrades and additions this year. Familiar modes like Road to the Show and Diamond Dynasty received upgrades. A couple of new modes have been added this year (Conquest and Battle Royale). Franchise mode also received a glut of new features and improvements. The core gameplay received some significant improvements. Last but not least, there is a host of new animations and the game looks better than ever. It even has some personality.

Before I get into how MLB The Show 16 plays and some of the other new goodies added to the mix this year, I’ll start out with going over what I really loved about the game. That is The Show’s stunning animations and visuals. New swings, new pitcher reactions, and new player specific animations are just a few of the many upgrades this year. There are even new animations specific to the athleticism of the player. For instance, David Ortiz has more of a lumbering run to first base while players like George Springer and Jose Altuve have quicker sprints to the base. The difference is noticeable but there is certainly some room for improvement as some of the base running doesn’t look as natural as it could be. Regardless, a step in the right direction.

“Despite all the graphical enhancements, the ball players and stadiums remain the stars of The Show. Players look better than ever as the game really nails many of the stars mannerisms, swings and home run trots.”

Despite all the graphical enhancements, the ball players and stadiums remain the stars of The Show. Players look better than ever as the game really nails many of the stars mannerisms, swings and home run trots. Edwin Encarnacion’s trademark “walking the parrot” home run trot is present in the game as is Josh Donaldson’s MVP swing. There is some room for improvement when it comes to facial animations and player likeness as several younger prominent MLB players don’t have their faces scanned in the game. It is a bit of a disappointment but not a deal breaker.

Likewise, the pitchers have their own unique pitching motions. This isn’t as noticeable for some of the lesser known pitchers but the more prominent ones all seem to have different deliveries. The ballparks also look great as the lighting, shading and shadow effects add an element of realism to the game. The way the light reacts to metallic and non-metallic surfaces is remarkable. Everything looks that much better. 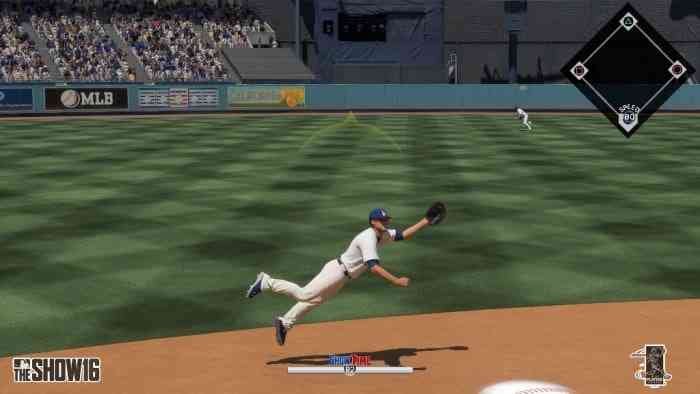 A vibrant colourful game will only get you so far if the gameplay stinks. This isn’t an issue for MLB 16. Frankly, it has never been an issue for the franchise. There is a reason why it has such a massive fan base as the game looks and plays fantastic. The hitter vs. pitcher dual is as realistic as it gets. When up to bat, you have to be selective and patient. Likewise, pitchers need to make their pitches, hit the corners and mix up the pitches. MLB The Show 16 perfects the strategy element of America’s favourite pastime.

The defensive game has seen some tweaks too as outfielders now take different paths to the ball depending on the direction, height and speed of the ball. This results in some over the top catches and increases the chances for more extra base hits. It just makes for a more exciting, less predictable and dynamic game.

“Sony’s undisputed king of virtual baseball games suffered a slight set-back last year but the franchise is back in fine form in 2016.”

My first stop every year is Road to the Show. It remains familiar but for the first time in the franchise, you can play an entire series of Road to the Show games without having to navigate the main menu between games. It also has a revamped training system where you can unlock Gameplay Perks as you work your way through the mode. There is also a new scouting report and a slick scouting day. Road to the Show is improved and remains a mode you could sink a massive amount of hours into.

MLB The Show 16 Diamond Dynasty mode returns as well. Here you can earn XP and tickets towards one of five “Captains” (Donaldson, Rizzo, Altuve, DeGrom, Hosmer). Each Captain has its own store where you can spend that XP on the frequently updated offerings. Each Captain has his own mission that drives what can be offered in the store, as well as incentives for playing with a roster that features players that fit into the theme. Diamond Dynasty also allows you to play versus your friends which was something the community has been asking for.

As for the new modes, Battle Royale is one of them and is very similar to Madden’s Draft Champions. In this mode you build a team through a 25-round draft. Once you draft that team, you jump online and face other players’ drafted teams. As you rack up wins, you earn better rewards. Conquest is another new mode which seems out of place. Much like a turn-based strategy game it is all about taking over territories. By beating MLB teams you conquer their territory and acquire team-specific rewards as you go. It was certainly something different to play but I just found the mode a little out of place and a little unnecessary. I don’t see the mode sticking around next year. 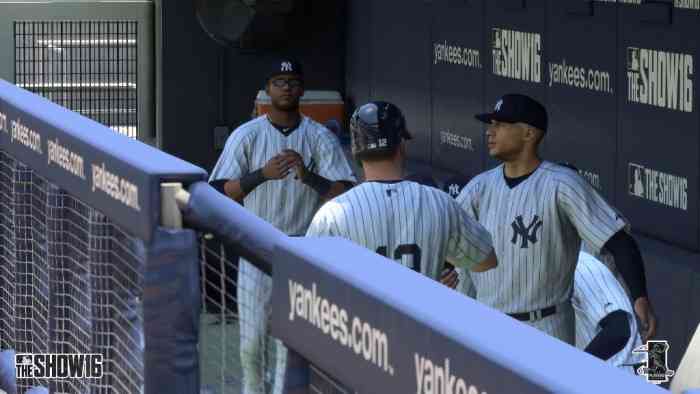 When it comes to the sound, MLB 16 delivers and truly captures every sound that you would typically hear in a typical MLB broadcast. From the chants, cheers and jeers from the fans to the sounds of the umpire yelling balls and strikes, everything is awesome and spot on. The commentating by Matt Vasgersian, Eric Karros and Steve Lyons’ is decent but does seem a tad bland and dry at times. It can also get quite repetitive.

Sony’s undisputed king of virtual baseball games suffered a slight set-back last year but the franchise is back in fine form in 2016. MLB The Show 16 pushes the franchise forward creating its most authentic true to life Major League Baseball experience yet. The enhancements and upgrades are significant making this one of the deepest baseball games I have ever played. The hardcore MLB The Show faithful will be all in regardless, but if you have taken a few years off from the franchise, now is the time to jump back in. 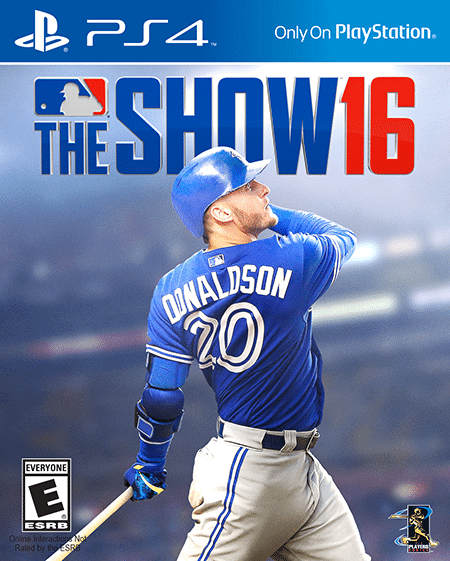