I’m as into a nostalgia cocktail as the next guy, but I’m also not looking to get so drunk I fall down the stairs and break my back. But, I couldn’t help but feel like my time with Scott Pilgrim vs. the World: The Game – Complete Edition (SP:TG) culminated with a metaphorical six-week stay in the ICU. What began as a brisk, semi-enjoyable stroll through an admittedly uninspired series of side-scrolling stages quickly turned into a Tony Horton-sized exercise in patience. It wouldn’t be fair to claim that everything here is bad. Not at all. But the inevitable question for Ubisoft in publishing a 10-year-old game that nobody asked for is “was the juice worth the squeeze?”

Simply put, no. It’s as if I put two pounds of oranges into a blender and ended up with a quarter-cup of pulp. Streets of Rage 4 launched nearly a year ago and now stands alongside the greatest beat-em-ups of all-time. So why drop the cheese on mediocre ole’  SP: TG when you can get your hands on a masterpiece? I know you’ve seen the movie so much you can recite it line-for-line. The game isn’t telling a different story. And yeah, it’s a bit surreal to play as everyone from Wallace to Knives, but the characters never quite felt unique enough in their abilities to keep me coming back for more.

I was hoping, then, that if I couldn’t stay awake whilst trudging through this tired tale told a trillion times, I would at least find solace in the action. Surely, a beat-em-up that’s had a decade to marinate would come out tender and absolutely falling off the bone. For that matter, I’d imagine an IP beloved as Scott Pilgrim would certainly receive the sort of triple-A treatment set by today’s standards. Would the reason to revive a game that didn’t exactly knock socks off when it first released not be to, I don’t know, knock some socks off? I find myself staring at the screen as I sit and scratch my head, stupefaction filling the room. I swear SP: TG plays worse than it did all those summers ago.

Hey, So, Can This Be a One Night Stand?

Coming from Streets of Rage – a game that’s ferociously fun because of how fair it is – it’s been a near nightmare to acclimate to SP:TG’s rules. Landing strikes proves more difficult than it ever should be. You won’t hit diddly-squat unless you’re perfectly lined up with your opponent. Oh, and once you do have your man on the ropes, executing the attacks from your movelist is a joke. I lost count after the first five or six dozen times I entered the combination to pull some heavy offense and did nothing. And no, I don’t suck. This was ‘<— + Square, and it worked maybe once every 25 tries.

The hit detection is awful, and, at times, attack inputs will flat-out give you the middle finger. Mostly, though, what made my time with SP: TG mimic molasses was the movement speed. If you aren’t hauling ass, you’re walking as if something is wrong with you, and it makes any sort of strategy fall by the wayside. More often than not, I was getting clocked in the back of the head as I attempted to hobble out of enemy range. And double-tapping a directional button to sprint is fine and all, but on the flip side, I would probably expect that input to work 100% of the time then. It doesn’t.

Now, I said it wasn’t completely terrible, either. It’s not. The music is stellar, with American chip-tune band Anamanaguchi having written, composed, and performed the soundtrack’s entirety. Whether or not upbeat, every track blisters in a way that would make Edgar Wright and Nigel Goodrich proud. Most impressive was every song felt so genuinely authentic to the source material that any one of them could have fit in with the film itself. 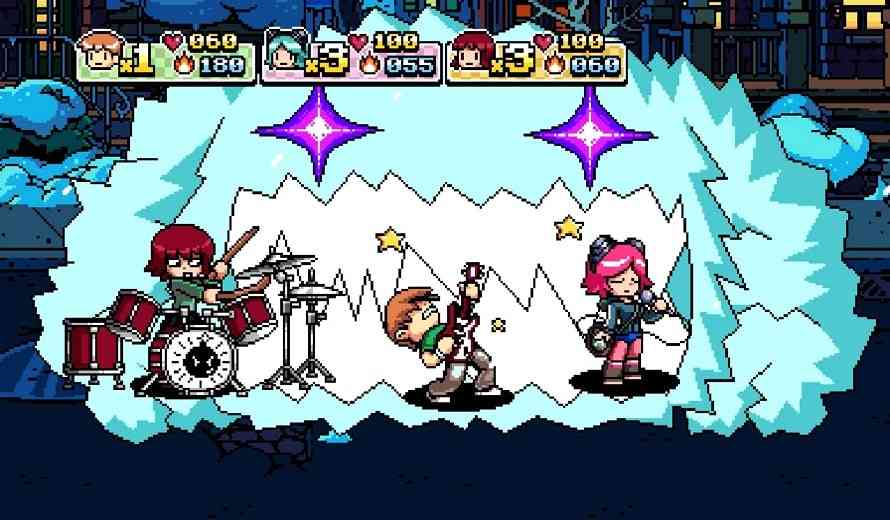 Speaking of Scott Pilgrim the movie, anyone that’s seen it will tell you that much of the entertainment comes from seeing the band interact with each other. 4-player couch co-op naturally captures this buddy-buddy dynamic in a way that helps to make you feel just a tad closer to the characters. Playing SP: TG solo is less recommended than barehand squeezing a jellyfish. But with friends, you can comically revel in each other’s misery. Isn’t that what Scott Pilgrim is all about?

Scott Pilgrim vs. The World: The Game – Complete Edition isn’t going to win any awards. Hell, I doubt anyone remembers it’s out come March. And that’s probably where it should rest. It’s got a banging’ soundtrack, but you can listen to that without having to play it. Are you and three of your friends the biggest Scott Pilgrim fans on the planet? Okay, you got me. This will probably be the greatest thing to happen since Matthew Patel got the stuffing whipped out of him.

I was only supposed to go out for one drink. I swear I’m never having nostalgia again. 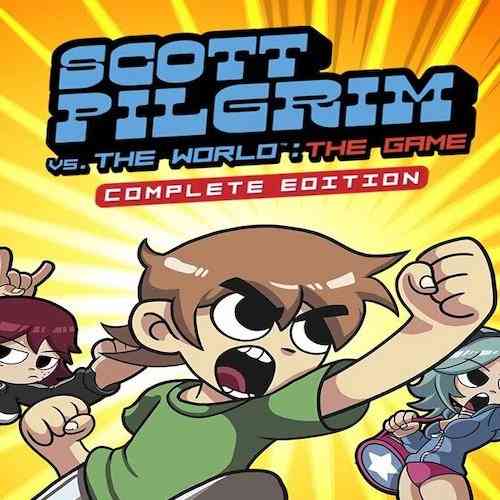