Due to the Empires take on the Samurai Warriors 4 series, there isn’t a premade story for you to sit through. Instead, it’s you who makes the story and take control of how the story unfolds. So, unlike Samurai Warriors 4 and 4-II where you have a story and particular characters to mainly follow, Samurai Warriors 4: Empires doesn`t truly have that aspect. The focus is truly on the strategic side of things, and your love for particular characters depend on your playthrough with past games as Empires really doesn`t give you background information on the importance and relevance of historical figures present in the game. However, it`s more than easy to jump right into the game without any prior knowledge and just look at each character like pawns on a chessboard. But knowing the characters personalities and interactions with other clans or characters does add more depth and value as you progress farther in scenarios.

“…if you like the idea of a more strategic, world-conquering approach you’re in the right place.”

The game only has two modes which only vary in the customizability. The first is Conquest mode which is more in-line with actual Japanese history with established clans and their respective goals/ambitions. You choose which clan you would like to take control of to play as and strive to fulfill their initial goal/ambition and eventually take over Japan if you wish. While you can add your own custom characters within the clan you choose, you cannot remove the head captain residing in each clan in this mode. Second is Genesis mode where everything is basically wide open from the clan’s placement within Japan, ambitions/goals, name, and who’s in it. In this mode, you can make any character a head captain of a clan and start taking over Japan. You could have clans based off anything – like custom characters of you against your friends. Both modes also allow you to bring in a second local player so you can duke it out together.

In terms of the actual gameplay flow it’s basically a juggle between the “Political Phase” and “Battle Phase”. The Political Phase encompasses all the alliance making, rice field maintaining, fame building, and character training/enhancing. This is where the strategic element is implemented as you decide whether you want to form alliances with certain clans to avoid being invaded, build-up your fame to increase the success rate of employing powerful characters, or just quietly grow your rice fields to obtain supplies or enough money to invade a neighbouring territory. The Political Phase also progressing through seasons. So, every autumn your rice fields will be harvested as well as have some income flow through. In spring you have the opportunity to appoint new magistrates to maintain different sectors of the political aspect of your clan. For example, the sectors include things like personnel, military, and strategy-related affairs. 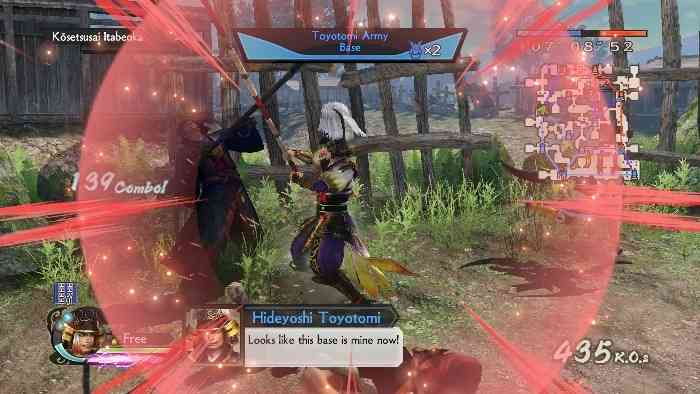 Meanwhile, the Battle Phase is your straight-up Warriors/Musou age-old formula of hacking and slashing down wave after wave of enemies. With that said, the battle aspect of Samurai Warriors 4: Empires barely deviates from past instalments as it still contains simple button sequences to perform combos and the special moves you’re able to perform after you’ve filled the needed gauge. Like past instalments, it’s the variability in the weapons you can choose that make the hacking and slashing much more interesting and enjoyable than it should be. What more can I say, the Warriors/Musou formula is still going strong.

Throughout the scenarios you go through within each mode, you’ll have the chance to get characters to be friend, rivals, masters/teachers, and even spouses to one another. So not only is there a strategic element, but also a sort-of romance and fan-service element too (which is much more detailed than you would expect). For every character that goes through a relationship development, there’s a cutscene that’s pretty cool to witness. This includes custom characters you`ve made as well as the main historical Japanese figures originally in the game.

Like past instalments, voice acting is only in Japanese with English subtitles so reading is inevitable. There are tons of tunes to listen to while you`re on the battlefield fighting the waves of enemies, and they’re not too shabby. Visually, I`m surprised at just how smooth the gameplay is in this instalment with so many things going on at once. I didn’t encounter any framerate drops whatsoever which is a huge plus for a Warriors/Musou game. In addition, a largely enjoyable factor was the cutscenes available for every character and event that’s present in the game.

Overall Samurai Warriors makes a successful return in this strategic take on the great cast of characters from Samurai Warriors 4-II. Although taking on Samurai Warriors 4: Empires head-on without any experience with past instalments may falter the depth and importance residing behind prominent characters, it’s still a solid mash-up of strategic conquering and hacking and slashing. While the game only offers two modes that barely deviate from each other aside from customizability, there’s an immense amount of replay value and variability that’ll keep you busy for days on end. However, if strategic gameplay isn’t really up your alley, you’re best bet is to stick with its base games instead. For what the game has to offer, it’s a solid entry in the Samurai Warriors series, but should be seen as complimentary to Samurai Warriors 4 and 4-II. 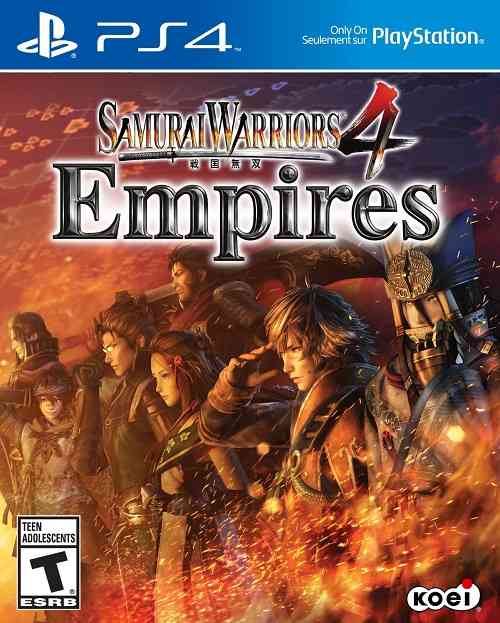