Dynasty Warriors 3 was my first bout with the Warriors series. At the time I was quite young, probably close to 8 years old or so. I played the game for hours on end and loved every second of it. As I grew older, I found the games lack innovation and every new entry seemed to be more disappointing. Sure the basis of the game was fun, but it felt like Omega Force was basically copying and pasting content while adding in the occasional new map or character. With Samurai Warriors 4, Omega Force has finally made some great changes to take the Warriors franchise to the next level.

It doesn’t take long to catch anyone up to speed on what these games are about if they don’t already know. The Warriors games feature exaggerated versions of historical battles, and in the case of Samurai Warriors 4, it takes place in Japan. The games are total hack-and-slash romps where your god-like character goes toe-to-toe with thousands of peons and the occasional boss character tossed into the mix now and then.

The game plays in a third person perspective, and you have an arsenal of different attack types available. These include basic normal attacks, which are mapped to the square button, hyper attacks, which are linked to triangle, musou attacks, which are linked to the circle, and combos that use a mixture of all of these attacks. Special skills are linked to the R1 button that activate unique power ups specific to each character in the game. Generally these are buffs but they are sometimes special attacks like a grapple maneuver for example. Normal attacks are as they sound, branching into basic hit combos that perform best against individual enemies. Hyper attacks launch your character into stylish rapid attacks that do less damage but clear crowds. These are a new addition to the series, which I will describe in greater detail later on. The musou attacks are enormous attacks that use up a meter that charges up while performing regular attacks. These are cinematic explosive attacks that are pretty sweet to watch, as they can often take out literally hundreds of enemies at once. 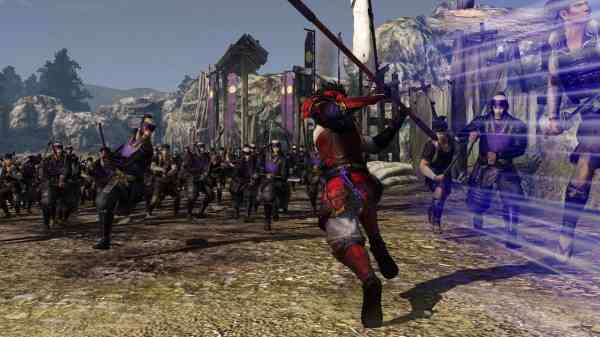 A big change to the game is that you can now select two officers to play as at once as opposed to just one. This was already an option in the spinoff series titled Orochi Warriors, but this is still implemented differently. You are able to issue commands to the other officer you are not playing as, and you are able to immediately switch to them by hitting the option button. This hastens the pace of battle and allows for a bit more strategy in where you want your characters positioned during a fight.

The aforementioned hyper attacks are also a new addition to the game. Previously limited to just regular combos that were enhanced by the triangle button, hyper attacks now allow for a distinct combo tree of their own with flashy crowd clearing movements. Essentially each character has two different move sets with these hyper attacks. Beyond this they’ve also introduced standard bearers. These enemies pop up occasionally increasing the strength of surrounding soldiers. It’s often best to target them as soon as possible or you will find yourself easily overwhelmed and over powered. Another exciting addition includes the ability to stun opposing officers. If you do this correctly you are prompted to respond with the according button press. This initiates a fancy finishing move that deals a lot of damage. All of these changes are great and add a lot to the Warriors formula.

Visually, this is the best-looking Warriors game to date. Effects look spectacular and character models are nicely detailed. The amount of enemies on screen is staggering at times, but indicative of the PS4’s power. That being said, cut scenes are boring with characters just standing opposite of one another while you watch them have a conversation. Levels look great with dynamic lighting, but other details in the environments are definitely lacking and could use some sprucing up. Within the cutscenes it should be noted that dialogue is all in Japanese with English subtitles. I actually preferred this set up as it seemed to fit well with the game’s style as a whole. 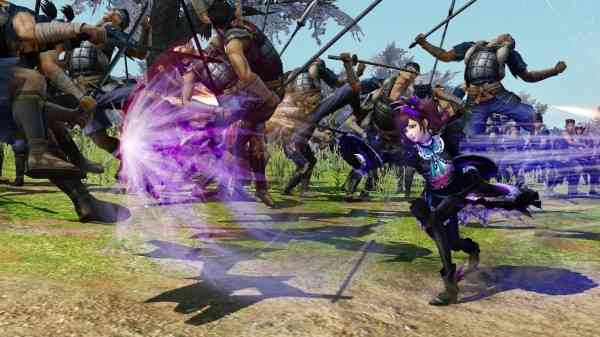 My favourite feature in the game is a mode titled chronicle mode. In this mode you are able to create your own character, customizing their appearance and fighting style. When you’re happy with your warrior you are then dropped into a world map of Japan where you can explore and encounter other officers and random battles. The goal is to recruit allies by developing relationships with them, either helping or fighting them. While doing this you are also unlocking new gear to customize your character and are working to level up and improve your warrior’s skills. This mode often reminded me of a weird fusion of Pokemon and any given warriors game, as you are striving to collect an ‘A-team’ of warriors.

The plot is by no means a strong suit of the game, but where its strengths lie is in its addictive nature. The upgrades your character undergoes leads to unlocking impressive combo trees. Enemies that you defeat also drop weapons, gold and unique buffs. With the gold you find you can purchase better horses and gear sets. Playing more difficult scenarios on harder difficulty settings yields greater reward. The usual high-risk high reward formula, but its addictive nonetheless.

Though Samurai Warriors 4 isn’t the most polished game out there, it is a hell of a lot of fun. The new features add some much needed change to the games system and Chronicle mode is engaging and fun. Unfortunately I was unable to check out the cooperative mode in the game, but co-op play in any of the Warriors games is always a good time. It is playable locally on one console or through online play too. Players can dig into the story mode cooperatively or just pick a random fight and work on levelling up your favourite fighter. Destroying thousands of enemies has never looked so good, nor as it ever been so addictive. Samurai Warriors 4 boasts countless improvements in its gameplay mechanics, and as such fans of the series shouldn’t think twice about buying it. 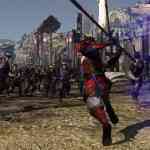 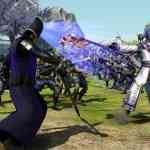 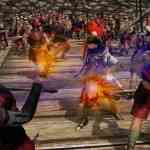 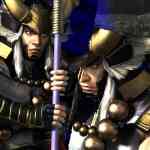 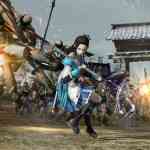 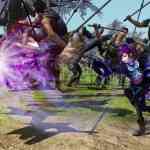 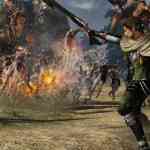 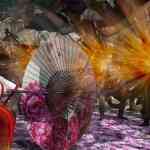 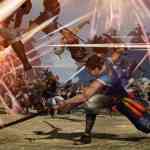 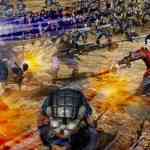 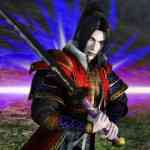