150 years into the future a dimensional gate is discovered that allows humanity to replicate matter. This time of prosperity does not last long, because it turns out that the replicated matter was actually disguised evil parasites that can take control of human technology and minds. A ship called the RSK9 is created, out of pre-gate materials, with the power to absorb parasite energy and weaponize it. Our hero is Alys, pilot of the RSK9. For some unknown reason, she is immune to parasite energy, which makes her the perfect candidate to save humankind!

Risk System is a horizontal shoot ‘em up that uses a very unique risk/ reward system to drive its gameplay and story. No longer does one have to tap or hold down buttons to fire bullets! The RSK9 automatically fires when across from an enemy ship, which allows the player to focus on dodging. The player has a B-meter that powers up every time an enemy bullet or ship is dodged at close range. This forces players to take risks if they want to use their powerful barrier breaker attack. The only buttons players need worry about are Y and B for vertical dodging, and A to unleash the breaker attack. Control overall feels very slick and precise.

Aside from the risk/reward mechanic, gameplay will feel very familiar to anyone who’s played Gradius, R-Type, etc. before. Levels are short and easy, which makes it an ideal portable title, but one small complaint I have is that the levels are borderline too short. Shooter veterans might also be disappointed in a lack of power-ups, leveling up, or evolution to RSK9. Also, the enemies are lacking in variety.

All that being said, despite the fact that levels are short and familiar, the boss battles are where Risk System really shines. Bosses are very difficult and involve classic pattern memorization skills. Without utilizing the barrier breaker attack, bosses will pose an insurmountable challenge (even with it they pose a handsome one). And the meat of Risk System isn’t getting through the story, so much as it is going for high scores based on speed and performance.

Risk system provides a lot of customizability, options, and extra features. Don’t like the cutscenes during levels? Skip them with the push of a button. Feel the auto-fire isn’t old school enough? Turn it off. The game has built-in trophies for those wishing it was on a PlayStation system, and online leaderboards for fancy showoffs. There are Grand Theft Auto-style stats, and character files to unlock. 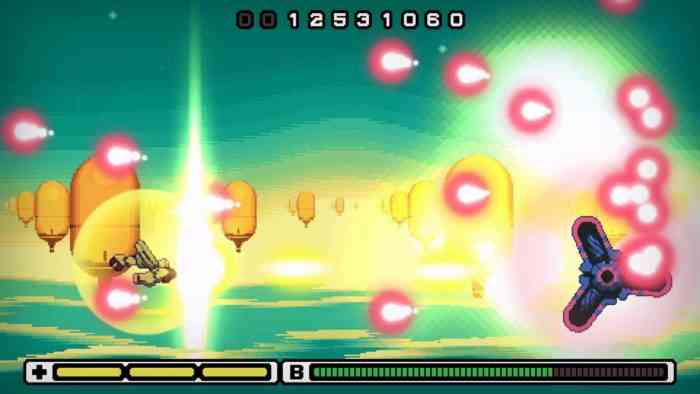 The graphics of Risk System are insanely gorgeous! It features a pixelated style that reminded me of the best-looking GameBoy Advance titles, but with an HD sharpness. Colors are bright, and the menus are slick. The game’s music was serviceable, but not very memorable, however.

Although Risk System might not appeal to bullet hell enthusiasts, it still provides an excellent challenge. And really, Risk System isn’t trying to appeal to them anyway; it’s made to be much more accessible and innovative. In that sense, it exceeds in shining colors. I just wish there was more game to play. But for the low price tag, anyone interested in the shoot ‘em up genre can’t go wrong with a Risk System purchase. 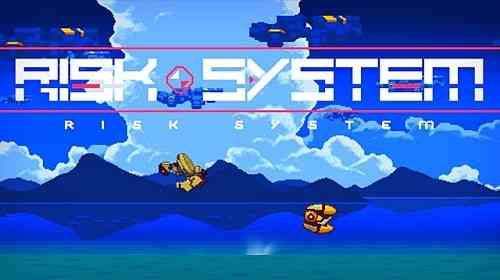