Rise of the Third Power Review

Developer Stegosoft has released its second game, Rise of the Third Power. Their goal was to create a “retro-themed, console-style role playing game”, and they definitely achieved it. It’s hard to not think of JRPG classic giants such as Chrono Trigger and Final Fantasy VI when playing Rise of the Third Power. It features plenty of modern gameplay and quality of life upgrades, but the graphics, music, and overall aesthetic channel nostalgic Super Nintendo vibes. As a JRPG lover, I couldn’t help being seduced.

A classic JRPG has to have an epic story to tell, and this is Rise of the Third Power’s only major stumble. The game’s world has recently found peace after a world war. Arkadya signed a peace treaty its people mostly objected to. Noraskov, a new political leader, rises to power, and starts a campaign to reclaim Arkadya’s former occupancies, preying upon the world’s exhaustion. The game’s heroes are a resistance group working to stop Arkadya from plunging the world into another state of war. The story is fairly grounded, like the Suikoden series. It focuses on world politics.

The narrative is fine; nothing special. But the dialogue is excellent. There’s a lot of humor injected into the characters of Rise of the Third Power. Even talking to NPCs is so much of a treat that I had to talk to everyone. This was often rewarded, like a moment early on in the game where I clicked on a baby, for the game to respond: “The amazing dancing baby is of no use to you”. Genius. 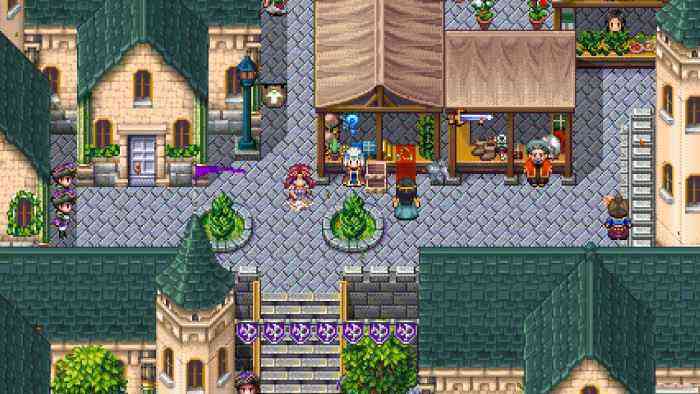 The character art is very expressive. It’s a faux-anime-style that takes some getting used to, but the changing expressions of the characters gives them a sense of reality. While the designs worked really well for the game’s humor, they also took away an edge from the fairly serious story. None of the villains had any strong feeling of menace or threat, and a great villain can sometimes make a JRPG the talk of the town.

Outside of the character art, Rise of the Third Power has a beautiful, nostalgic 16-bit pixel aesthetic very reminiscent of Final Fantasy VI. In combat, the character sprites get huge, and much more detailed. They look fantastic.

It’s All About the Combat

Rise of the Third power really shines through its combat. Every single choice a character makes is some kind of special skill. Instead of a normal attack, one character might have an attack that charges skill points, a stronger attack that uses skill points, and a weaker attack that uses skill points, but also reduces enemy defense. Battle requires constantly paying attention to enemy strengths and weaknesses, and use of appropriate skills. Like the Shin Megami Tensei games, there aren’t battles where the player can just mash the attack button, and grind to be overpowered. In a clear homage to Chrono Trigger, there are also special attacks that characters can learn from fighting together in specific combinations. 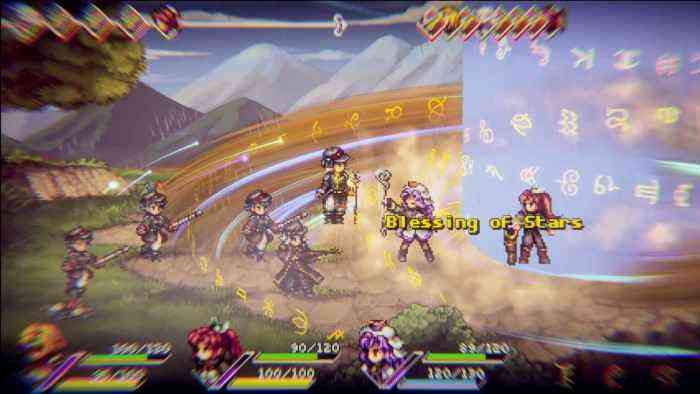 There are no individual character levels, just an overall party level that increases. What allows characters to level up uniquely is they each have a skill tree. The party gains skill points every time it levels up, and they can be distributed amongst whichever characters players want to use. There are no random encounters in Rise of the Third Power. The player can see all enemies and even attack from behind for a combat advantage. The game has an excellent flow with a smooth blend of combat, exploration, and narrative cutscenes.

The music is the shining star of Rise of the Third Power. Holy smokes! I was not expecting a soundtrack this good. It has a traditional fantasy-themed JRPG feel, but every single track is memorable. This isn’t a fantasy score meant to sit in the background. The composition has a strong focus on melody. The AudioJungle composers who worked on this soundtrack should be very proud of what they’ve accomplished.

One for the Fans

Grounded narrative is a little bland 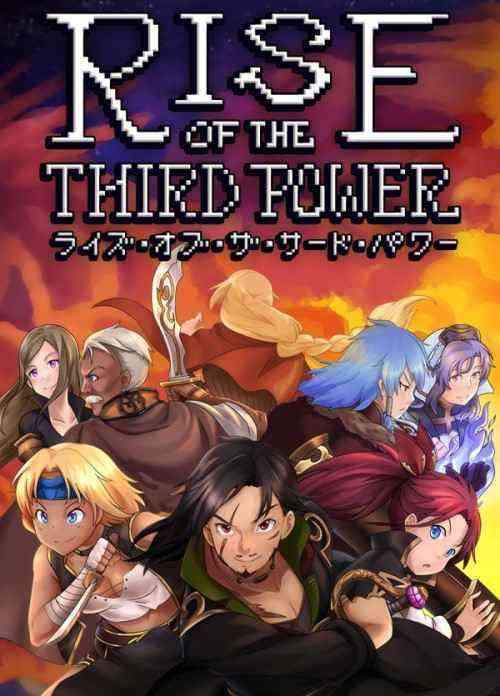