Like the game itself, my Castle Morihisa review begins on an ominous note. If you’re not into deckbuilding roguelikes, you probably won’t enjoy this game. If you are a fan or you’re looking to get into the genre, this is a solid title that doesn’t bring much new to the table. And if you’re interested specifically in Japanese horror or history, Castle Morihisa is right up your alley. However, it only has so much to offer.

It’s 1615, Japan, and the Tokugawa Shogunate has just issued a collection of edicts governing the samurai aristocracy. However, the messengers sent to the Ishikawas in Morihisa Castle haven’t returned. Rumors begin to circulate claiming that Lord Shinjuku Shinjuku closed off all roads to the castle and that he plans to seize the throne. Government Inspector Yagyū Munenori sends a spy into the contested territory to discover the truth. Unfortunately, the truth is a lot grimmer than anyone expected, and he’s going to be going through a lot of spies before the mission is done.

Castle Morihisa is Too Addicting to Quit

The lands around the titular Morihisa Castle are filled with twisted monsters, yokai, walking corpses, and demons. As if that wasn’t enough, there are also a host of terrible things you can encounter by complete accident. Surviving this journey may be impossible, but you have to try. No, really, you have to. The gameplay loop is too addicting to quit. 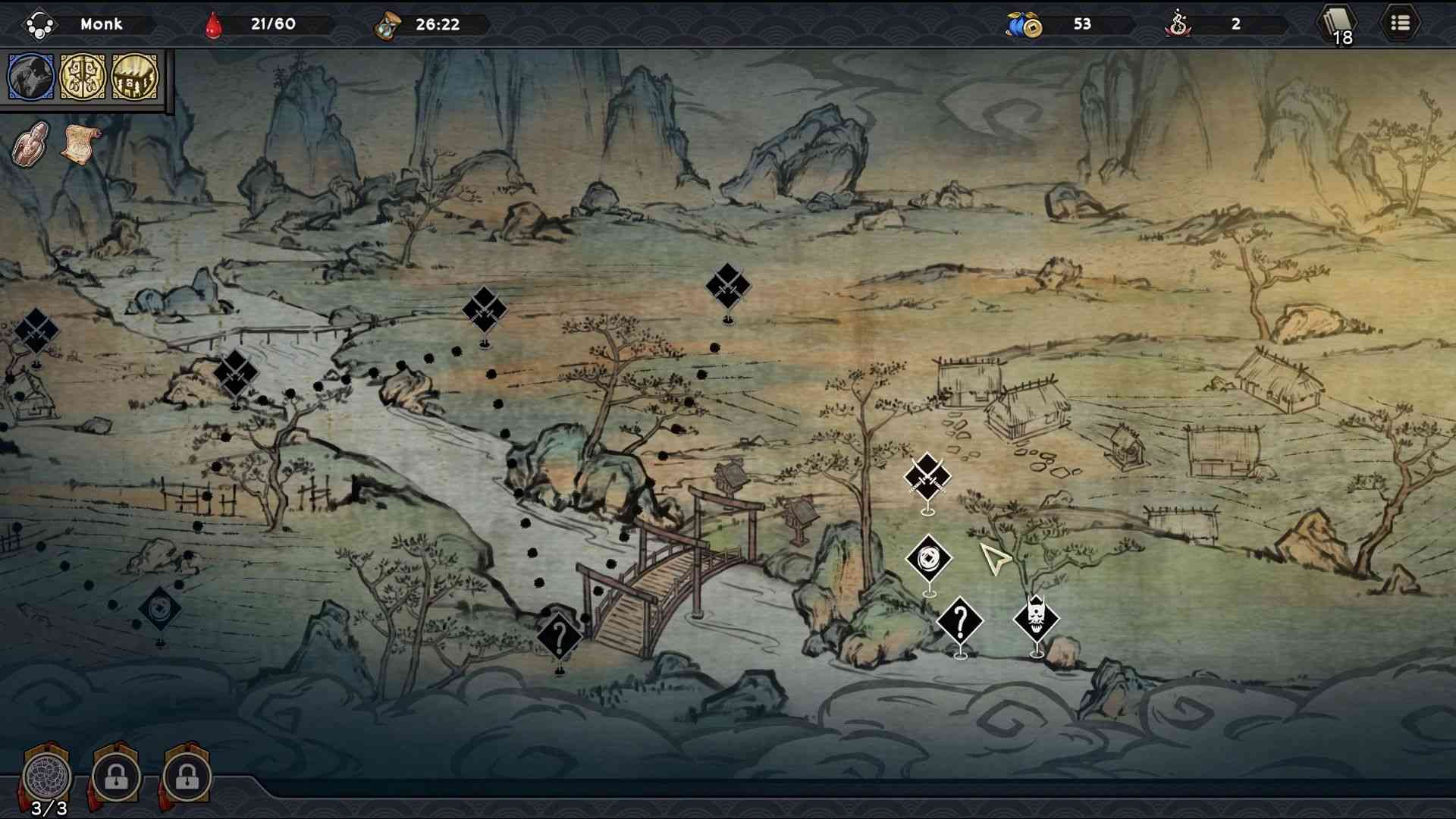 Castle Morihisa lacks the frantic pace that made Loop Hero so engaging, but that’s not a bad thing. The slower pace of its card-based combat allows for more strategic elements to come into play without having to constantly slam on the brakes. It also let me take in the game’s eerie atmosphere.

In other words, Castle Morihisa is grueling, but fun. The game demands you pay close attention to your options in order to advance. It also gets exponentially more difficult over time. However, this can easily end up feeling like you’re in a no-win scenario, which isn’t exactly pleasant. Each level draws from a pool of possible foes, but their locations seem to be pretty randomized. Bosses and elite foes are also randomized, which can mess with your predictions after a while. In general, this game can be unbelievably hard, especially if you aren’t good at min-maxing. 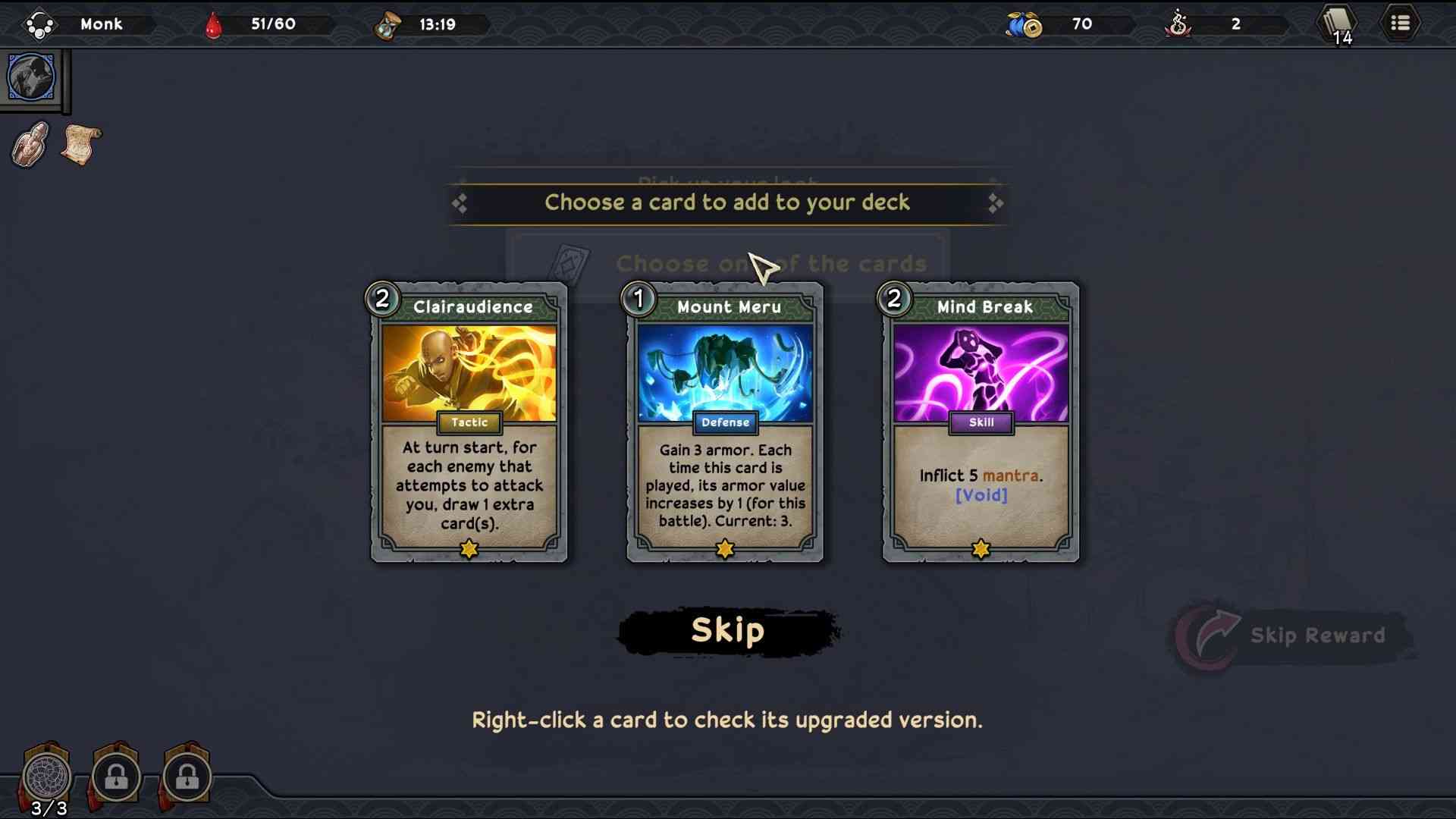 Nothing New Under the Sun

The game is an atmospheric combination of roguelike and card game that feels like a mix of GetsuFumaDen: Undying Moon and Darkest Dungeon. You proceed across the map like a game board. Each turn gives you a choice between one and five different options. Most of the time, you’ll be offered your choice of several battles. However, you can also run into random events, treasure chests, elite battles, and more. At the beginning of each new level, you’re given the chance to collect the ability of a Fallen Hero, a real-life warrior from Japan’s Sengoku era. These contain neat callbacks to Japanese history. 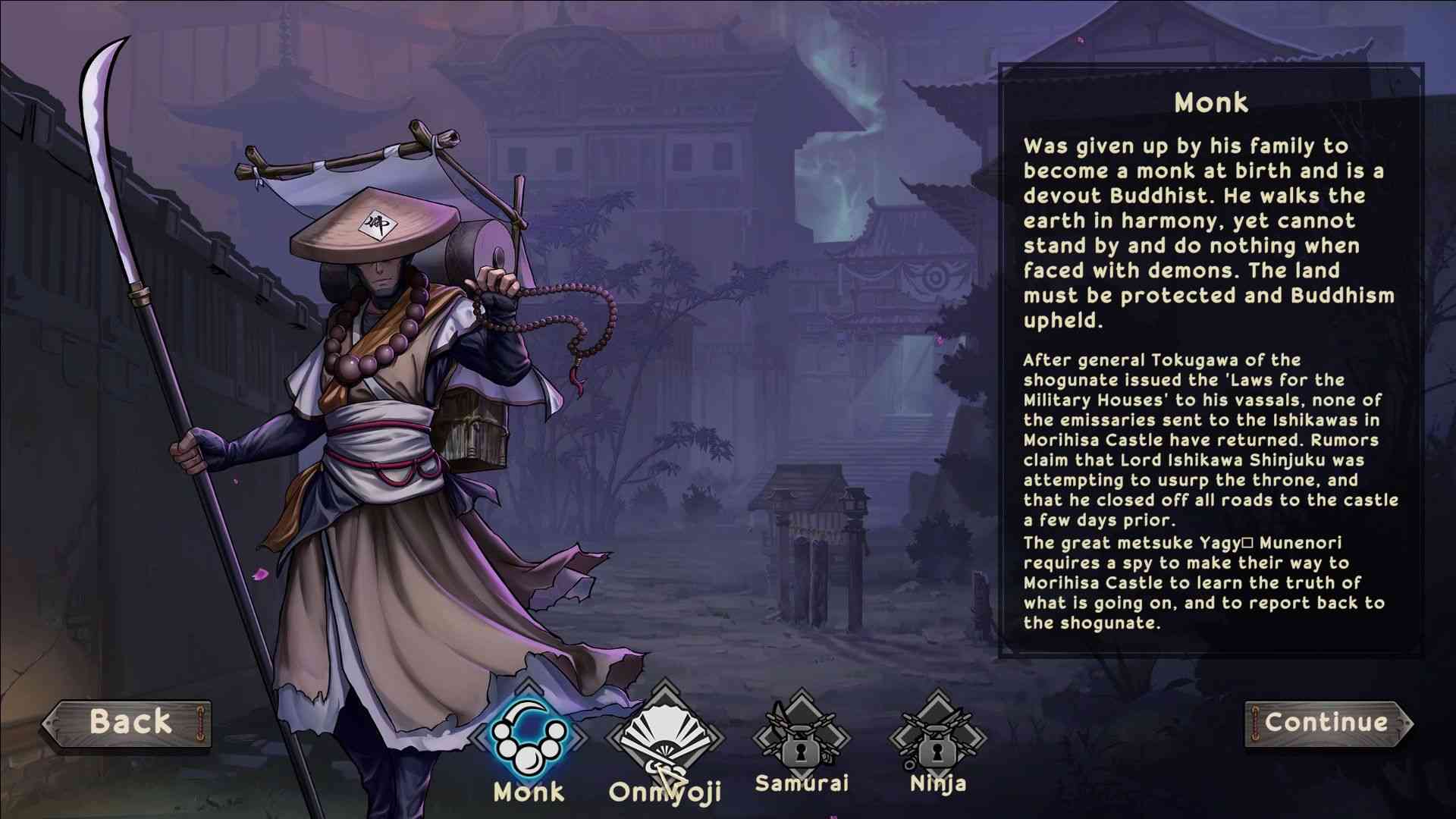 There are several different types of cards, including Attack, Defense, Skill, Tactic, Curse, and Disruption. Some of them are beneficial while others are decidedly not. All cards require action points to play. You have a maximum of 10 action points, so getting anything done requires a bit of luck and a lot of planning. Fortunately, the game lets you know what moves your opponents are going to pull out next turn so you can strategize. Every time you die, you lose all your fancy new additions and start over with the basic deck for your chosen class.

Castle Morihisa’s biggest strength is its creepy atmosphere. This Castle Morihisa review is mostly positive because of the thick, uncanny vibes the game gives off. It made exploring the same areas over and over, trying to find a build that works, a lot more fun than expected. However, sometimes you just don’t get a good loadout of skills, at which point you might as well just give up. This seems like a bit of a flaw for a roguelike to have. 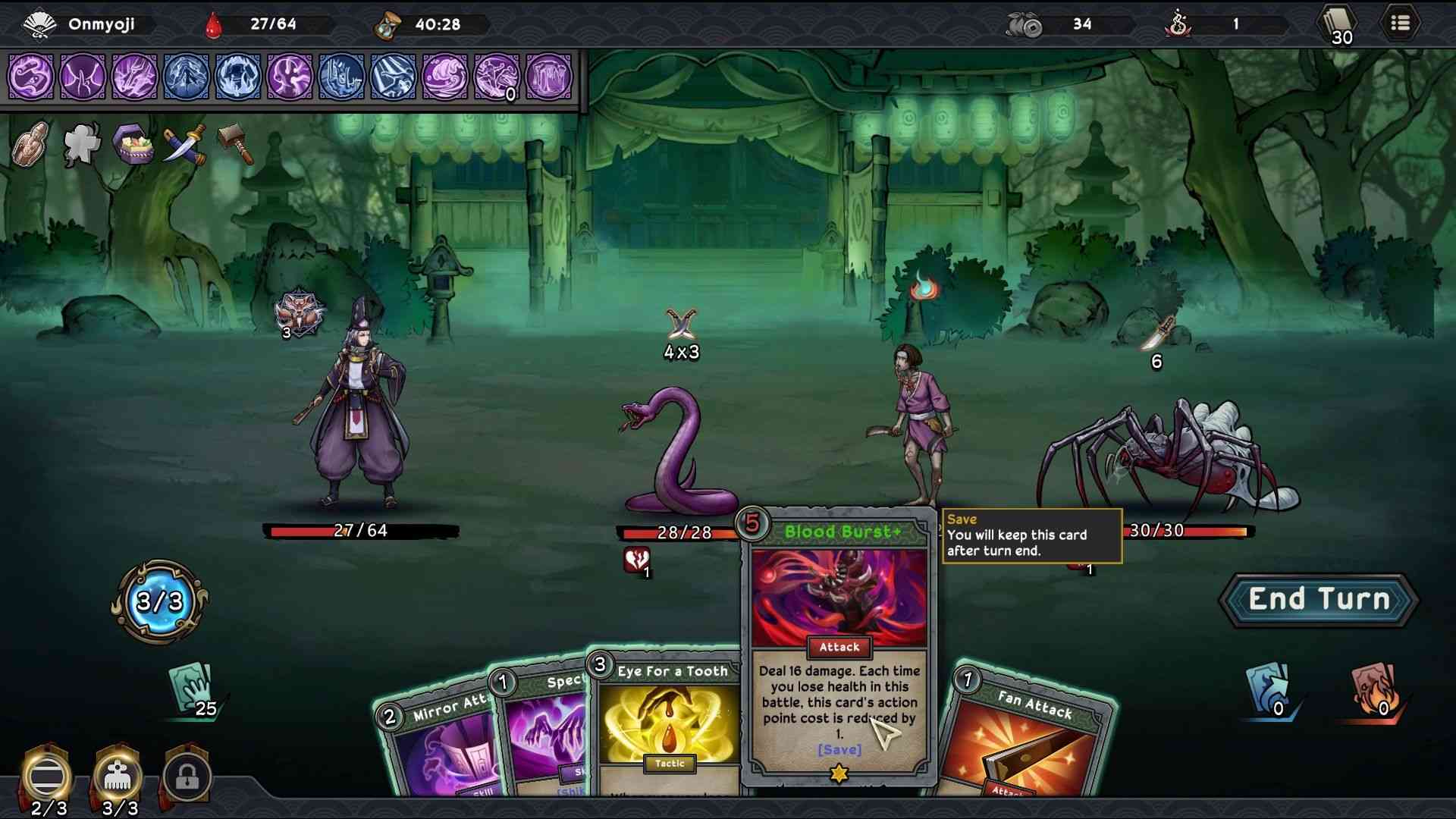 In other words, it’s an ordeal to figure out which card and skill combinations work best together. Finally getting a powerful build through experience and RNG is amazing though. A word of advice: Mantra and Leech are your friends.

The art is inspired by classical Japanese art but isn’t as heavily stylized as something like GetsuFumaDen: Undying Moon. Monster designs have a certain subdued eeriness to them that I really like. Many of them are taken from Japanese mythology, particularly the yokai. If you’re familiar with Japanese culture, it’s very fun to play through and spot all the familiar faces. You know, before they rip your face off. The game features a subdued and eerie soundtrack that draws on traditional Japanese sounds.

All in all, if you like atmospheric roguelikes, you’ll probably like Castle Morihisa. If you’re not that fond of the genre, this game doesn’t have much to offer you. 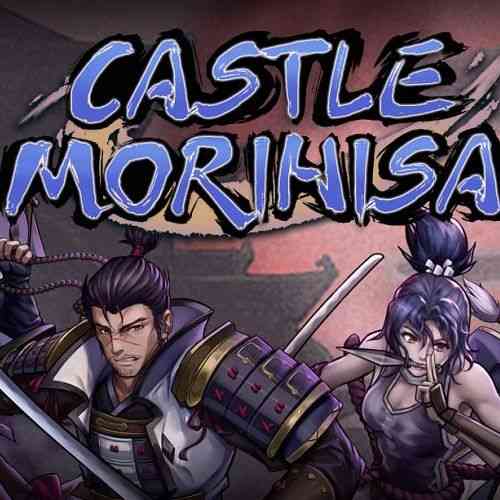