Last Fall, Amazon Games released its first-ever MMORPG, New World. It was an ambitious game, but it stuck pretty tenaciously to the genre’s conventions. It also had a lot of problems post-release. The studio’s second game is also an MMORPG, called Lost Ark. Developed by Smilegate and already a hit in South Korea, maybe Lost Ark should have been Amazon’s lead-off batter. It’s certainly a more polished game.

Lost Ark is a free-to-play MMORPG that leans heavily into PvE questing and combat. There is arena-based, competitive PvP as well, but out in the world and following the game’s sprawling story, there’s no need to worry about attacks by other players. While there are plenty of opportunities for cooperative play and interaction with others, Lost Ark is a solo player’s dream MMO.

Stop Me If You’ve Heard This One

In Lost Ark, you play as a heroic someone on a quest to find a legendary magic item called (surprise) the Lost Ark. After 500 years of peace, the land of Arkesia is threatened. A Chaos Portal opens, and the Demon Legion of Kazeros overtakes Arkesia. Ancient myth suggests that the Lost Ark is the weapon that will dispel the monsters and their powerful leader. As you explore, you piece together the story of the Ark and grow more powerful. You will meet dozens of NPCs that have some bit of information. Of course, each quest you complete brings you closer to finding the legendary Ark and saving the world. If this sounds familiar, it certainly is. Lost Ark’s story is not weak, but it isn’t terribly original. That said, it does an excellent job of pushing the player through the campaign. 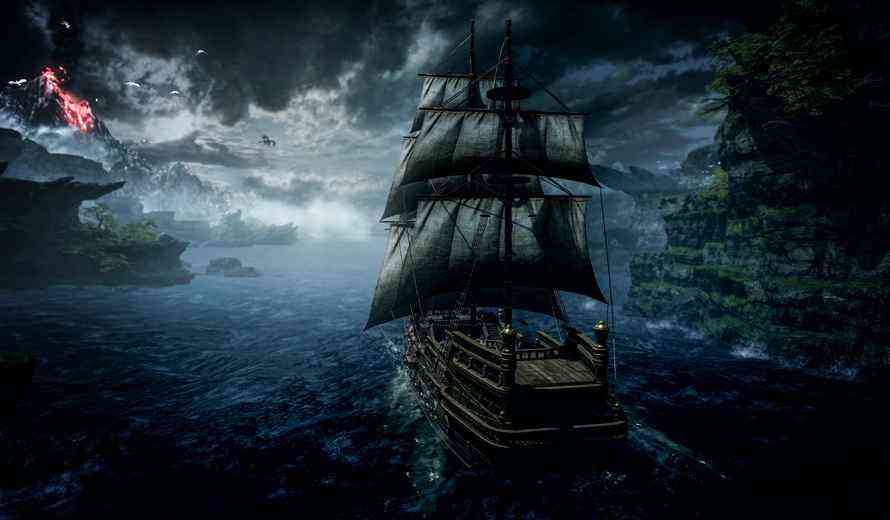 Lost Ark’s quests include main story quests, general quests given by NPCs, chained quests, and rapport quests in which you build relationships with NPCs. There are also adventure and dungeon quests. Lost Ark identifies the quest type on the map via easily understood icons. Mechanically, the quests are pretty standard MMO/ARPG fare: fetch quests, killing monsters, relaying information, protecting NPCs, etc. Many quests are short and quick to complete, while others are elaborate, multi-part adventures. However, anyone who simply mainlines the game to level as quickly as possible might find it repetitive.

If you’ve played Torchlight or other ARPGs, you know how useful pets can be. They help with farming, picking up loot, and storing items. While Lost Ark’s pets generally are not allies in combat, they’re incredibly convenient additions to gameplay.

Most fantasy RPGs include variations on fighters, mages, hunters, healers, and rogues. Lost Ark is no different, though it does mix things up a bit. The five starting classes are Warrior, Martial Artist, Mage, Assassin, and Gunner. Early on, players will pick one of three sub-classes so that there are fifteen possible classes from which to choose. I really liked that the fantasy tropes were mixed with firearms and hand-to-hand classes. Just about every preferred fighting style is included. Lost Ark allows the player to have six characters, one of them being the main. Other characters can farm, quest, and pass along items freely to the main character. 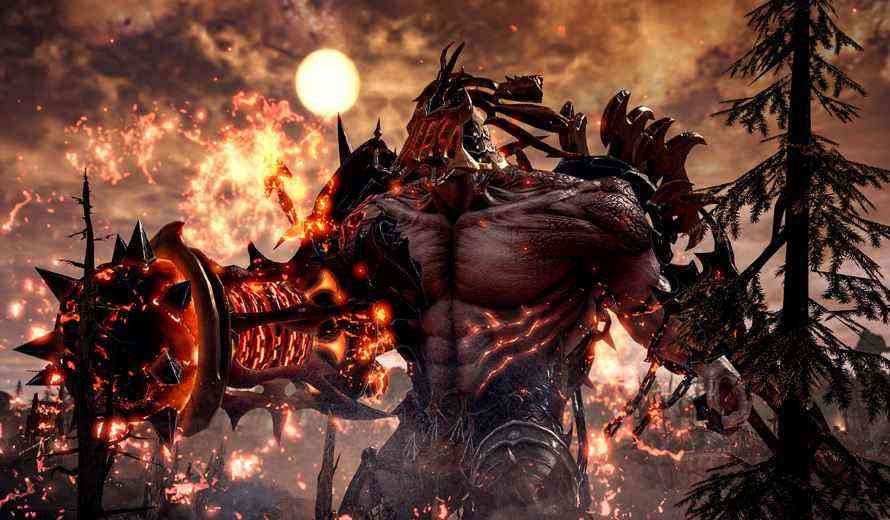 Each character starts the game with a wide range of abilities. Some are powerful, heavy attacks, and others are focused on crowd control or doing wide damage. In my time with the game, I focused on the Berserker (Warrior) and Sorceress (Mage). They were equally fun to play. The Berserker was a bit slower, with a massive sword. The Sorceress used powerful elemental attacks like fire, wind, and lightning. The combat was incredibly engaging and well-paced. The magic spells and effects were punchy and visceral. Of course, the starting abilities and gear are only the beginning. There is an extensive skill tree and upgrade path for each character type. Lost Ark seems to equally reward experimentation and going deep with one character.

While questing and combat are the heart of any MMORPG, crafting and side activities (called Lifeskills) are also an essential element of Lost Ark. These include the usual gathering, fishing, and mining, but also lumbering and archaeology. Though its crafting systems aren’t as deep as New World’s, there is plenty there to keep players busy.

Lost Ark has many colorful, varied, and detailed environments. I was impressed by its art, which is a little stylized but full of small touches of realism. Figures and faces are more cartoony, especially in cutscenes and close up. Like Black Desert, Guild Wars, and dozens of other Asian MMOs, there’s a lot of cheesecake in the female models and costumes. The character creator is quite decent. Although you can’t get too granular, you’re also not seeing your avatar close up most of the time. Some classes are gender locked, which is a bummer but common in Korean MMOs. 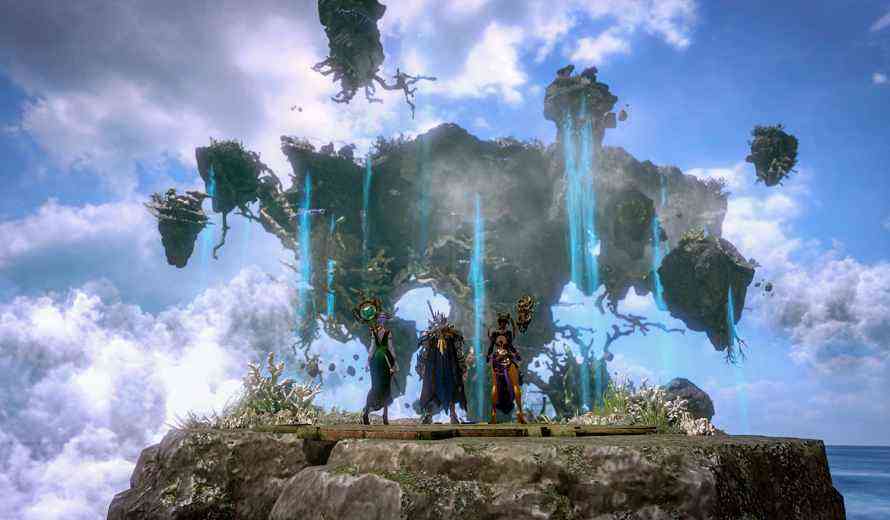 Lost Ark has been in development for a long time, so its graphics engine is hardly bleeding edge. That said, weapon and spell effects are excellent, and battles are often frenetic and colorful. Character animations are fluid and polished. Lost Ark’s traditional musical score is suitably heroic and quite focused on melody. Not everything is voice acted, but what’s there is generally effective. The dialogue itself is not bad, though it seems to have two moods: overdramatic or blandly conversational.

There’s a lot of complexity in the game’s controls, but they are well mapped to the controller and mouse/keyboard. Lost Ark is an isometric view game, so the camera is locked onto the action at a fixed distance and isn’t terribly dynamic. You can’t zoom in.

Is There a Catch?

Lost Ark is a free-to-play game, but there is a cash shop. There are four levels of Founder’s Packs from $14.99-$99.99. Those packs include not just early access but lots of in-game coins, pets, chests with healing items, crafting materials, character buffs, and convenience items that are more than cosmetic. Is Lost Ark play to win, especially for the game’s PvP arena-style combat? Time will tell. One of the Founder’s Pack items actually improves your ability to fast travel around the map. 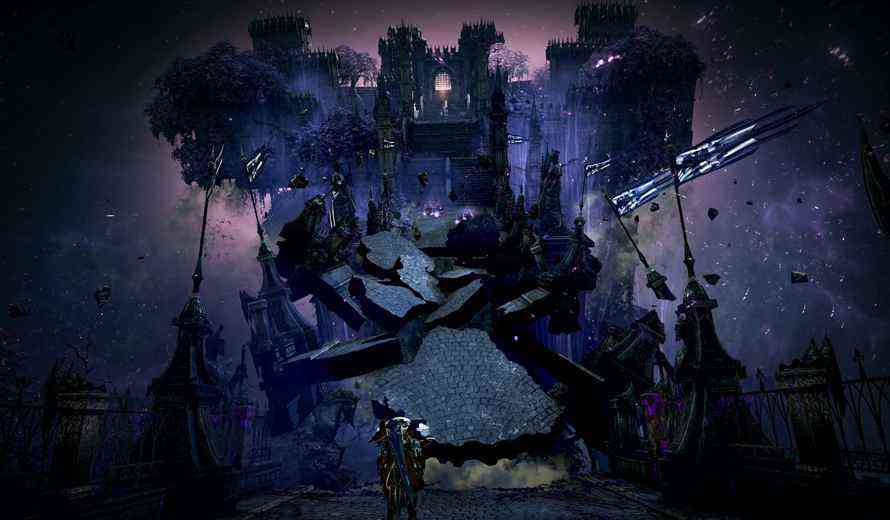 Lost Ark is a polished, solid, substantial, and engaging free-to-play MMORPG that is very solo-friendly and offers a vast amount of well-made content for just about everyone. The combat is exciting and fun, the classes are appealing and varied, and the world is colorful and lush, if not necessarily state-of-the-art. The story isn’t going to turn heads, but the number and range of quests and side activities will keep you happily entertained. I’ve only scratched the surface, and I’m looking forward to seeing what the end game has to offer and what kind of community coalesces around Lost Ark. 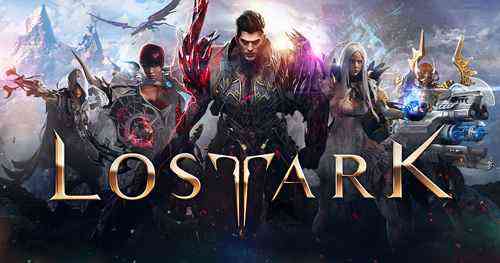