River City Girls, originally released in 2019, makes the transition to this generation with its charm fully intact. 2D side-scrolling beat em’ ups have existed since I was a kid 30 years ago, where I entered the fray with Teenage Mutant Ninja Turtles: Turtles In Time and graduated to Double Dragon on Gameboy whenever we had a long car ride. 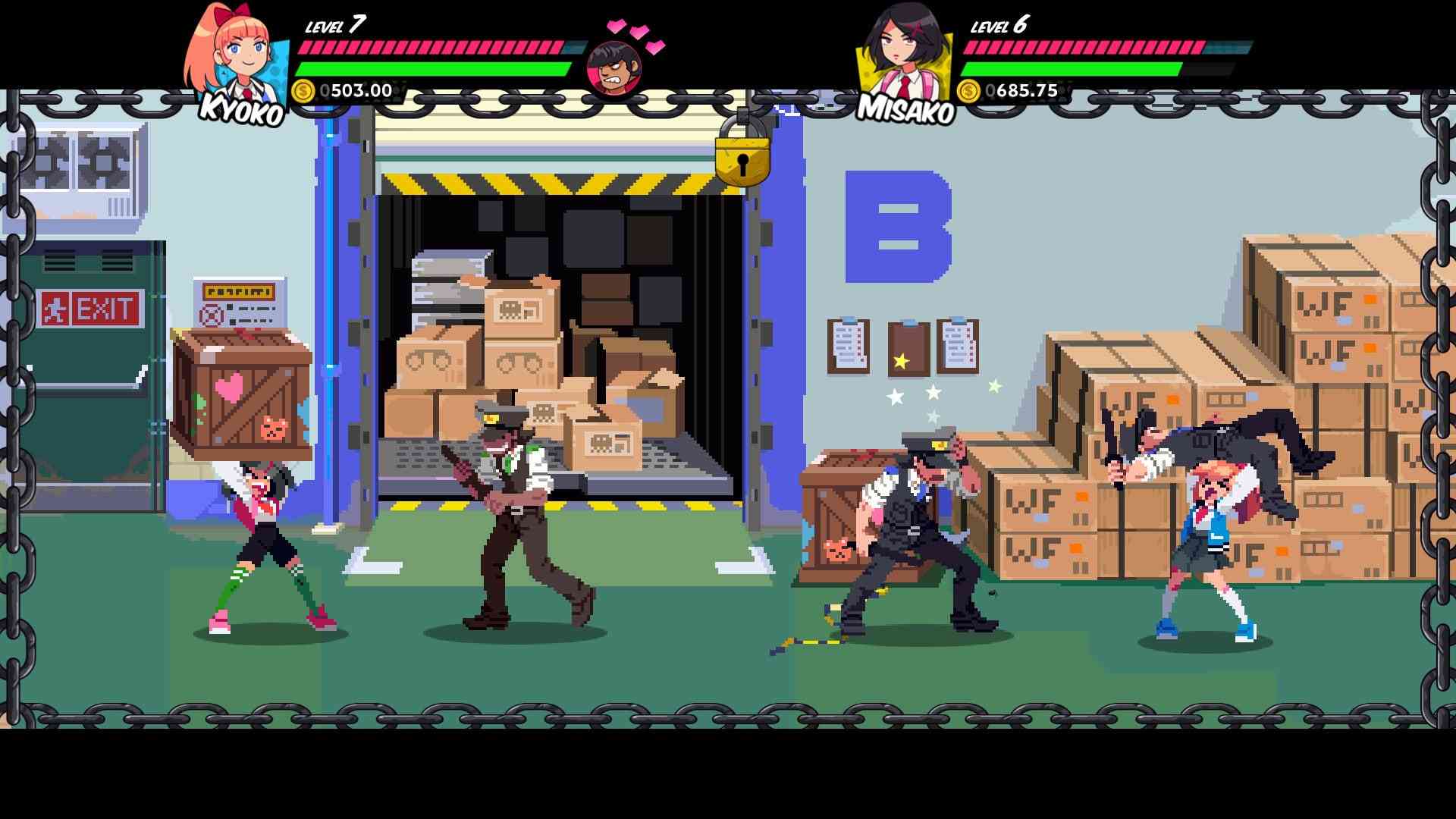 While I missed River City Ransom, I often heard from friends at the time that it carried its weight as a solid genre staple. Enter River City Girls, a game that spares no time flipping expectations on their head. Instead of two buff 80s action guys, you play as one of two high school girls

Two BFFs, Kyoko and Misako, are the protagonists of this rescue tale. Their boyfriends (Kunio and Riki, the original heroes of the franchise) have been kidnapped, and it’s up to our heroes to rescue the boys and beat up everyone who gets in the way. The story wastes no time charging you with breaking out of school and kicking butt. 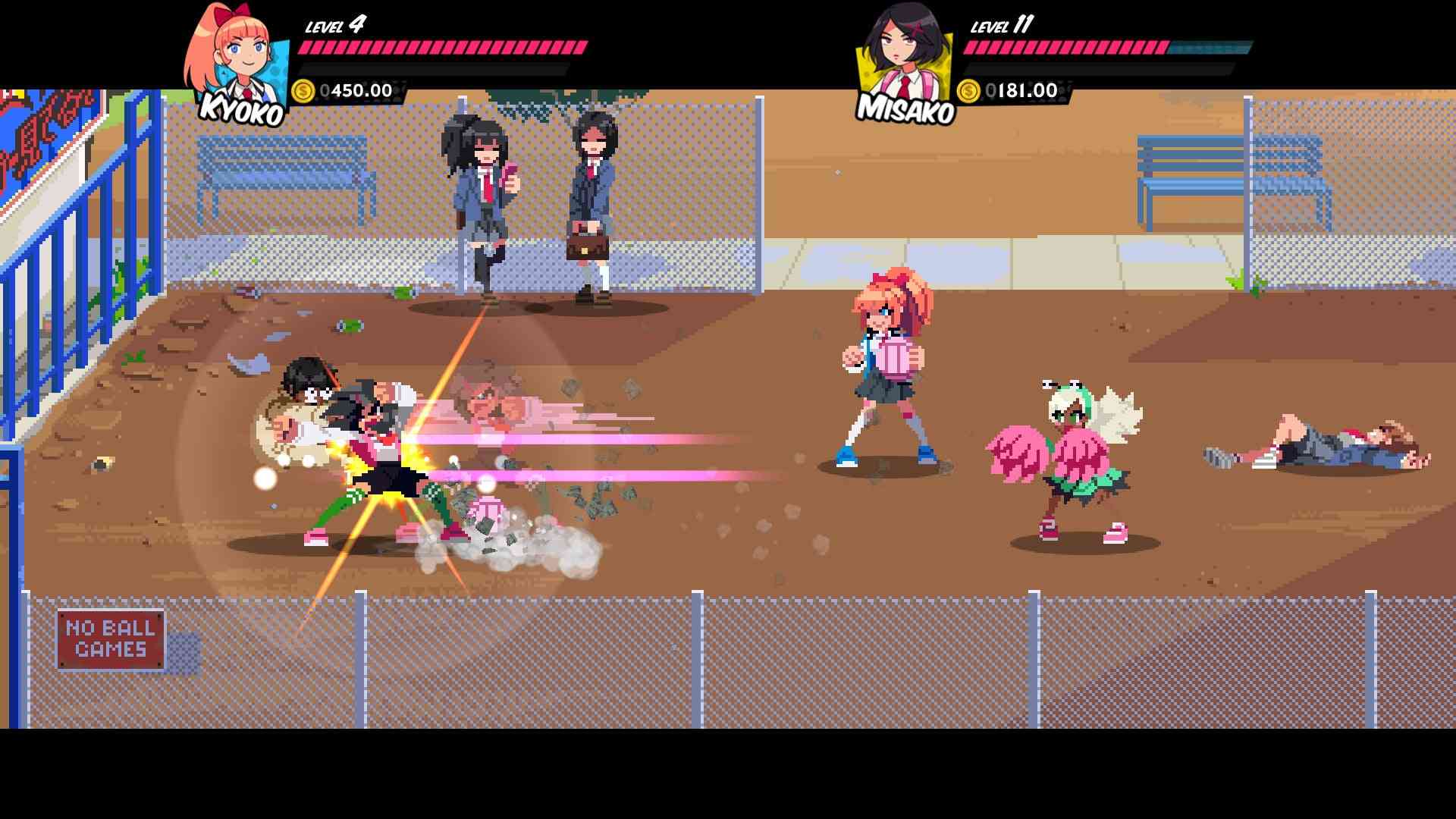 If you’ve played other games in this genre or franchise you know what’s coming. 2D side scrolling brawlers have been around since gaming started. A welcome change River City Girls embraces, though, are the areas are far less linear.

Pulling a bit from Metroidvanias, each area comprises many joined smaller zones with various access points, allowing for travel to be more how you see fit. And you can always backtrack if you miss something. There’s even a fast travel system to help. In each of the big zones you’ll meet NPCs, take on quests and find secrets all in the name of love. There’s six big maps in total and enemies will constantly respawn giving you ample opportunity to pummel them senseless.

Progression is top of mind in River City Girls. Kyoko and Misako start out with small movesets that grow throughout the game. You earn XP and cash to power up your stats, buy items, and unlock a whole whack of combos to kick the crap out of your enemies. My girlfriend and I were sold on our couch co-op experience when one of the girls could dab an enemy into submission. 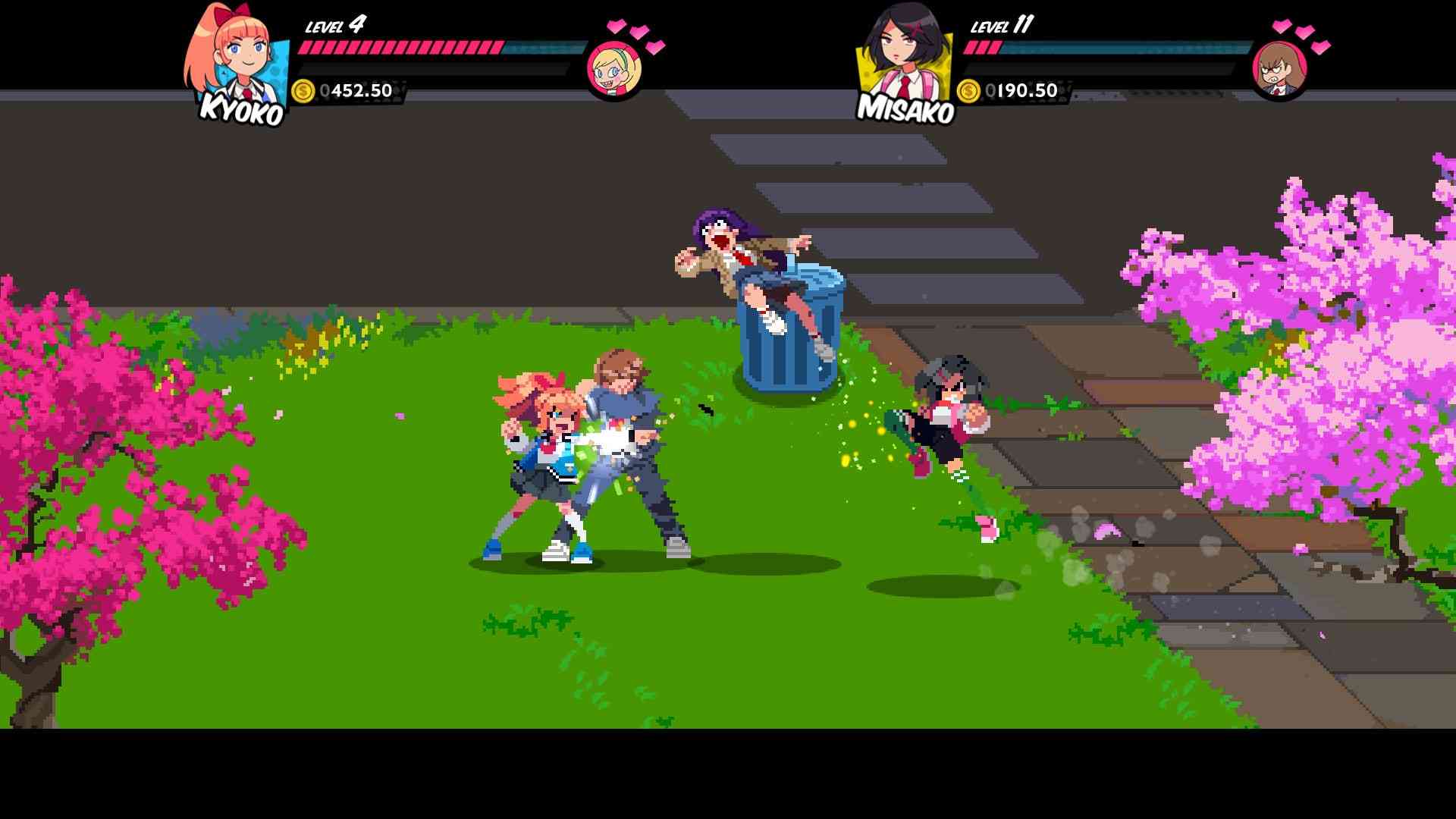 Everything a fighter is known for is brought in here: throws, running attacks, spin attacks and even a special meter to unleash powered up devastation.

The movesets are differentiated enough to give a real sense of uniqueness when fighting as a pair. You also get access to equipment, which brings a dash of RPG goodness to the adventure. These items change stats and add some light modifiers as you go.

The combat in River City Girls is the main attraction. It takes a bit of time to get enough unlocks to feel like a fluid fighter. The beginning of the game can feel a bit too simple and while it’s a nice homage to the genre, I couldn’t help but wonder when things would increase in complexity. The ability to recruit students to call in for special attacks later is really the only variety you get early on from it feeling like a slightly repetitive brawler. I’m glad to say with enough progression you get there and you’ll be able to juggle enemies with glee. 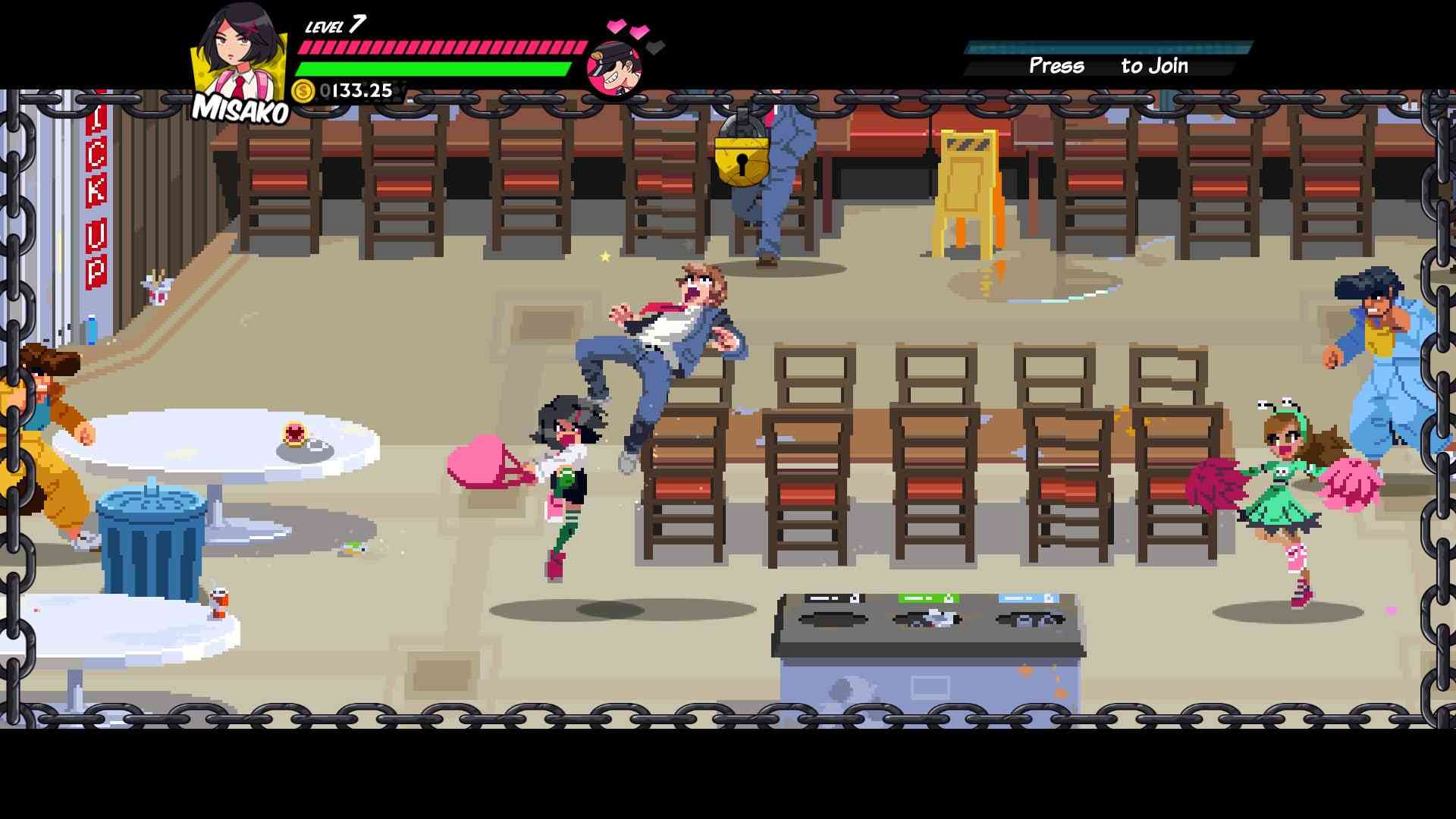 You may be put off at the beginning. That’s okay; stick with it. My recommendation is to stick with it and start buying moves as soon as you meet a merchant. It takes a little while but once River City Girls gets into high gear, everything from the art, pacing, and music comes together in spades.

While it was a slow start I enjoyed my time in River City with Misako and Kyoko. The hand drawn art is incredible and the song list adds to the pacing and overall vibe. The move list eventually gets into enough depth to feel like a new addition to the genre. I’m eager for River City Girls 2. We’ll see how Wayforward changes up an already strong entry on the next go-round. 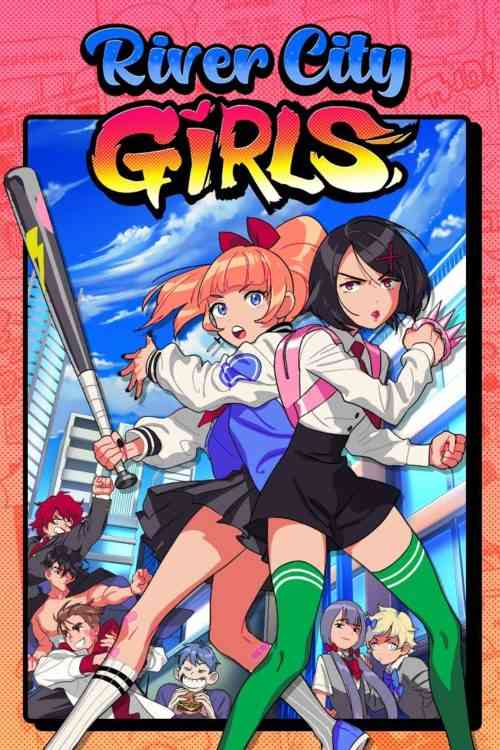