If you like to shoot and loot, Riftstar Raiders may be for you. In this 2.5D shooter from Climax Studios, you’ll find a mix of twin-stick shooter and 4-player co-op set in space with a decent gear grind. Despite some major issues with the controls, this difficult game is worth your patience.

My biggest gripe with Rifstar Raiders has to do with the controls, and how they feel clunky. I remember when Killzone 2 released, and there initially was a gun weight system that allowed players to aim faster with lighter weapons, and slower with heavier ones. Some loved it, but many hated it because despite having some valid real-world correlation, aiming slowly feels bad in shooters. Unfortunately, while it doesn’t vary weapon to weapon here, the idea instead is transferred to a spaceship not being able to turn fast enough.

When it comes to twin-stick shooters, there can’t be a massive delay on how quickly you can aim. It feels bad because you’re having to wait for something to catch up to your fingers and brain. What should be “aim, shoot, aim, shoot” turns into “aim, wait, shoot, aim, wait, shoot” and you won’t feel anything but frustration when you’ve missed a shot that you already had to wait to take.

“Here, difficult fights feel more like traps that you now have to slog your way through.”

Riftstar Raiders becomes difficult primarily because of this. I love challenging games, but only when the challenge seems fair. Here, difficult fights feel more like traps that you now have to slog your way through. Instead of coming to a tough situation and assessing it, you’ll quickly find yourself surrounded and getting peppered with shots, fleeing to recuperate while you try to find where they’re spawning. You’ll kill four ships and swoop in to pick up a health pack, only to take more damage from the other ships you missed.

While the situation itself actually sounds like fun, it comes back to the controls feeling too floaty. They feel awkward when trying to use your boost ability as well since the direction is going to be wildly different from what you thought until you’ve put some hours into learning how it works. Instead of just always boosting in the direction you’re pointing, it takes input from both sticks to work out the proper movement. This resulted in multiple times of me jetting straight into walls other ships despite thinking I was pointed towards freedom. Instead of feeling in control and ready for a fight, trap situations devolved to me running away, turning back, and shooting at anything that was still chasing me. 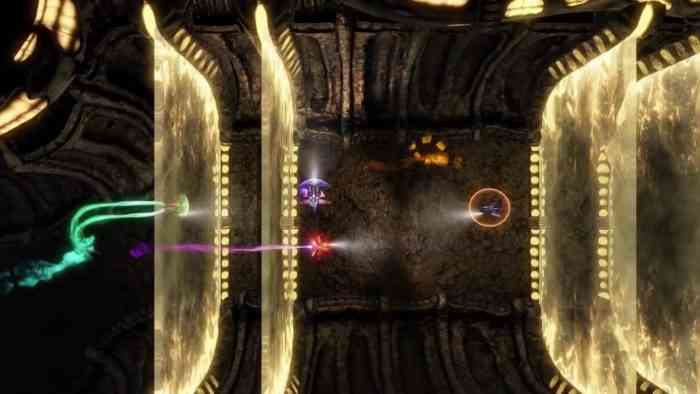 Tack the floaty controls onto a difficult game with a flawed tutorial and you have a recipe for disaster when it comes to player retention. For the first time in years, I actually rage quit, and it was during the tutorial. In one section, mines were destructible. About five seconds later, shooting one blows up the whole facility. I understand there’s a good chance I just missed a quick message or something telling me not to shoot at the second batch, but that’s bad tutorial design if I couldn’t infer everything visually because it didn’t teach me anything. On my last continue, finally realizing I’m not supposed to shoot the second batch of mines, I screwed up and touched on near the end, having to restart the entire tutorial. It was soul-crushing.

Here’s the thing. If you can make it past the tutorial, and you don’t hate the floaty controls, Riftstar Raiders is actually really, really good. It took me three days to recover from my dreaded first experience, but once I got back in and started finishing missions, it was like I was playing a completely different game. The missions were fun and interesting, the upgrade systems for the ships is phenomenal, and I’m a sucker for the art style they’ve gone with.

“This is where the magic happens, and this is where Riftstar actually feels good to play.”

You start with a basic ship and can then create different loadouts containing a primary and secondary fire, your jump drive, and your shields. Each of these can travel down an upgrade path that typically contains sets of three choices to pick from and then a perk slot. Perks are found during missions and are kept in your inventory if you complete the mission without losing them. You then slot them into the appropriate part – certain perks like faster firing rate clearly won’t do anything for a shield tree – and carry on upgrading your ship. This is where the magic happens, and this is where Riftstar actually feels good to play.

By the time you’ve built your ship up to something great, you’ll be used to the controls. You’ll be used to some of the artwork that looks like it’s in the foreground but is actually in the background. You’ll be used to challenges that feel more like traps and gotcha moments than actual fair fights. When you’re used to all of that and know what to expect from each mission, Riftstar Raiders becomes an absolute blast to play. It just might take you a bit of time to get there. 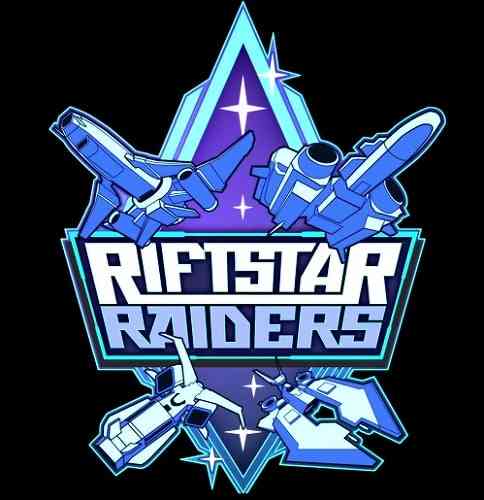