It has been quite a few years since a surfing game has hit consoles. Heck, we cant remember a surfing game on consoles or even at an arcade since the early 2000’s! Climax studios isn’t happy about that and thinks it’s high time to bring the sport of surfing back in a big way! In 2017, they will bring their game, Surf World Series, to Xbox One, PS4, and PC (no word on surfing more than the web on Mac.) Check out the short teaser trailer below!

Climax has worked on some big, impressive titles before including Assassins Creed, Diablo, Silent Hill and Castlevania. Surf World Series seems like a bit of a departure from these grittier games. With all the  bright colors and arcade style gameplay it may feel a bit cartoonish, like a game you would play on the Wii that comes with a surf board controller too big to fit in your living room. Despite the gimmicky apearance of Surf, the game seems to have a solid amount of meat already.

Currently, there are 5 iconic surfing locations to check out, including beautiful Hawaiian beaches, and treacherous Portuguese coastlines. There will be a bunch of single player content in the form of 45 solo challenges, as well as 3 different multiplayer modes where 16 players can compete to be king of the beach! It looks like Surf World Series will be a skill and trick based game, think Tony Hawk or SSX but on the water. We hope there aren’t too many sharks! 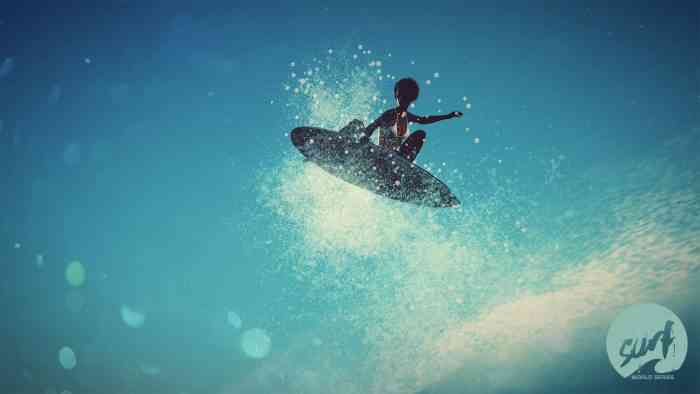 To accompany the announcement of the game, Simon Gardner, CEO of Climax Studios explained his team’s vision: “Surfing is an amazing sport that’s been pretty underrepresented in games for some time, so we wanted to bring surfing fans a fun, arcade-style experience that’s all about mastering waves and racking up huge high scores…Surf World Series is a celebration of those moments when board and wave work together in perfect harmony.” Lets hope this wonderful sentiment translates into some satisfying gameplay for more than just surfing fans. Hopefully, 2017 will see a new generation of gamers stoked to shred those swells!