Resident Evil 5 was my first Resident Evil game. That statement alone has probably made a few people kick their monitors. You see, I didn’t grow up with Resident Evil when I was a kid – my parents didn’t let me shit my pants with M rated games back then – and I was too busy playing Halo and Battlefield to care for the critical and commercial smash that was Resident Evil 4. When I dipped my toes into the series with a friend, we didn’t know what to expect, and what we got was some of the greatest co-op fun out there, for all the wrong reasons. We enjoyed Resident Evil 5 because of the sheer stupidity of its characters, story and gameplay elements; making for an experience that was similar to watching a B-Movie with friends. As you can imagine, I adored Resident Evil 6, because it was just the previous game except even more stupid. Resident Evil 6 ended up being in my Top 5 of the year, and I still defend it as a masterpiece of pure unadulterated camp.

Last year however, I reviewed Resident Evil 4 HD on PC, and I discovered what the defining Resident Evil action game was truly meant to be. Its gameplay wasn’t laughing at explosive barrels with a megaton blast radius, or cover based shooting; it was intelligent, well designed action, with a combat system that made for endless amounts of tension and satisfaction. The B-Movie fun of Resident Evil was still there though, between the awful MGS style codec calls, kid napoleon and the ridiculous traps, RE4 was hilariously stupid.

For me, a good Resident Evil game is one of two things. Either, it’s a tension filled experience with intelligent, immersive and intense gameplay, or, Troll 2 and Commando’s love child. Resident Evil Revelations didn’t fit into either category, the story and characters were far too boring to laugh at; the gameplay, while a step towards classic Resident Evil, was constrained with dull corridors, lackluster monster designs and weapons that were as devastating as a Nerf blaster. It was neither retarded enough nor intelligent enough, it was just bland. 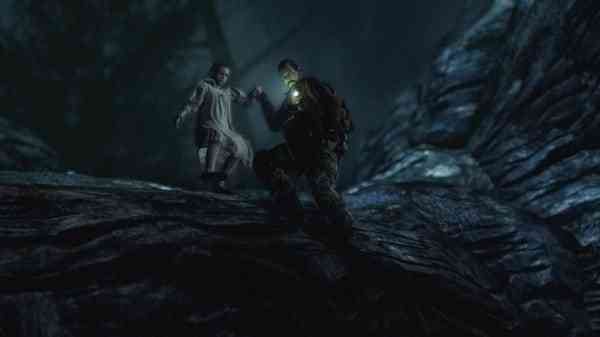 I certainly wasn’t looking forward to playing the sequel to a game I never bothered completing. No game is worse to review than an average one, and that’s exactly what I was expecting out of Revelations 2. Ever since 2002, this franchise has been a slot-machine of people, time and place. On this occasion, the two returning characters from the repeating cast is Claire Redfield from RE2 and Barry Burton from RE1. The time is between 5 & 6, and the location is a mysterious island.

To be honest, I was pleasantly surprised by this game in its opening moments, because while the written script is still pretty spotty, it’s not as bad as usual, and the setup is rather intriguing. Claire Redfield and her friend wake up on a mysterious Island, and Barry is searching for them on the same island six months later. It’s a compelling story that for once, put me in the awkward state of actually giving a shit! In a Resident Evil game!

Now I don’t know about you, but if we’re at a state where CAPCOM produces a story that is more substantial than 90% of the Triple A game releases in the last twelve months, that should be a sign these companies need to lay off the cheap Vodka, and tell their writers to put in some effort! For the record, just because CAPCOM has produced a half decent narrative after making ninety of these games, it doesn’t mean they’ve done everything right. While the voice actors do a good job with the material they’re given, the material they’re given is still pretty cringe worthy at times. But those awful moments are not nearly as frequent as in previous games and the references are few enough to remain endearing. 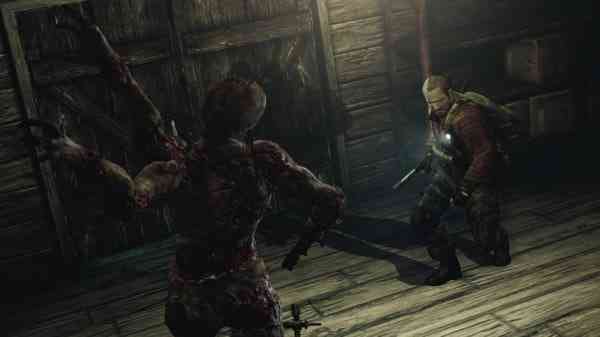 Story is not the only thing which received an upgrade, the gameplay has also taken a step towards improvement. Dull combat in the previous game was a combination of the lackluster locations, monsters and weapons. The tiny corridors and below average controls were understandable on a handheld, but it didn’t bode well for the game when making the transition to HD.

Because Revelations 2 was built from the ground up for consoles, it doesn’t suffer from issues that plagued the previous game. The Island feels more like a real place in the game’s first episode than all of Revelations 1 combined. There are still many convenient walls of wreckage keeping you on a linear path, but it’s not as suffocating. The improved story and characters also lend themselves to all the notes, books and letters lying around in the world that for the first time in Resident Evil, I actually felt encouraged to read. You discover side stories and tiny plot details that add depth to the world and characters in it.

Combat is frequent in Revelations 2, but I wouldn’t call it an action game such like 5 & 6. It does what Revelations tried, but succeeds thanks to the weapons and monsters. Weapons sound powerful, with loud, echoing bullets that dig their way through enemies; and the monsters are more threatening than the army of squids last time. One of new enemies, an invisible creature that can only be detected by one of the characters, is the first legitimately creepy enemy I’ve dealt with since the face hugger in Alien: Isolation. This thing only killed me once, but there were many close calls and it will also be a death that I’ll remember… Let’s just say if you don’t like bugs, you’ll want to kill these guys fast. 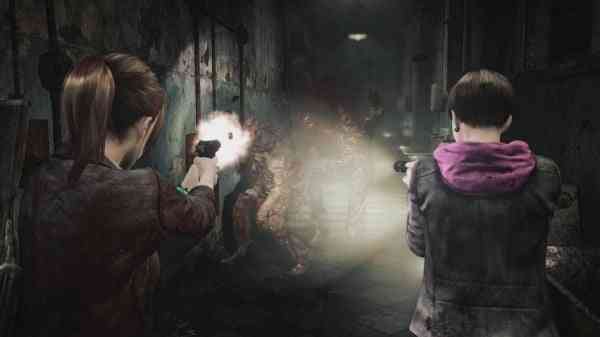 Ammo is scarce, whether you’re playing as Claire or Barry, so you will always want to be scouting for extra ammunition, crafting and collecting various grenade types, occasionally with the help of your partner. Yes, Resident Evil is still featuring coop… well, sort of. Instead of having two very well armed agents take on waves of slobbering undead, your companions are more vulnerable and situational than previous characters. They’re more sidekicks than partners.

This doesn’t mean that the side characters are useless, in fact they can be life savers. Claire’s friend can deal big damage to downed enemies with her crowbar and unlock certain doors; Barry’s friend can spot enemies from a distance, and crawl through small entrances. These changes are combined with the biggest one, and that’s being able to take direct control of your sidekick. By pressing Y, you can switch characters at any time, allowing you to pull off two player combos without being totally dependent on the A.I. like in 5 & 6. When the A.I. does take control, it’s not perfect, but from what I can tell, it’s impossible for your non-controlled characters to die, which is a godsend.

I would assume that this means actual coop in the game – which is an option – wouldn’t be much fun for the person stuck playing the sidekick, but I can’t say from personal experience as I have not tried it at this time of writing. Crafting and stealth elements have been added to the game and they’re pretty much exactly what would you expect in a world where everyone copies The Last of Us. 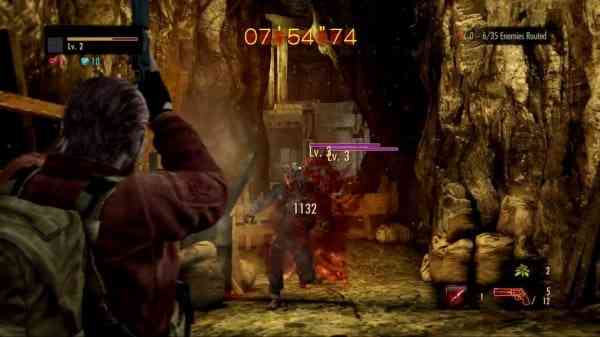 Truth be told, these features aren’t unwelcome, you always want to stealth kill when possible due to the scarcity of ammo, and the crafting allows for expansion of your grenades and recovery items. These systems work well and fit into the game, they’re just uninspired, and are clearly put in just because everyone expects it now. But let’s talk about the real negatives.

First off, Chapter 3 is way too long. Revelations 2 is a short game, and that’s okay, but the amount of walking around tedious mini-factories putting X in Y is absurd. Half of the time with Barry in that chapter is spent carrying a box from one conveyer belt to another. The game also refuses to ditch its checkpoint system, despite being something that people complained about in previous games. I don’t mind having to restart a wave battle, but having to redo all the repetitive actions five minutes before that wave battle is amateur, and something that belongs in a PS2 game.

Speaking of which, not being able to change the difficulty in a current campaign unless you die is a laughable mistake. If I somehow missed it, let me know, but from what I played, there was no option for difficulty in the options menu. And because this game is part of a chronology clusterfuck, the ending is nothing more than an unsatisfying pseudo cliff hanger.

Thankfully, Resident Evil still keeps its tradition of replay value. You can unlock various difficulty modifiers, screen filters and character costumes by completing challenges throughout the story. There’s also RAID mode, which has been greatly expanded upon from the previous game. RAID is the Revelations equivalent of the classic Mercenaries mode found in the main numbered entries, but with systems and stats that you would find in an RPG. Each character you play levels up through multiple tiers, unlocking abilities. Every stage you enter on has multiple loot crates that can give new guns or attachments. Once a stage is completed, you go back to your headquarters where you can decode these guns and attachments, or sell them for extra credits. 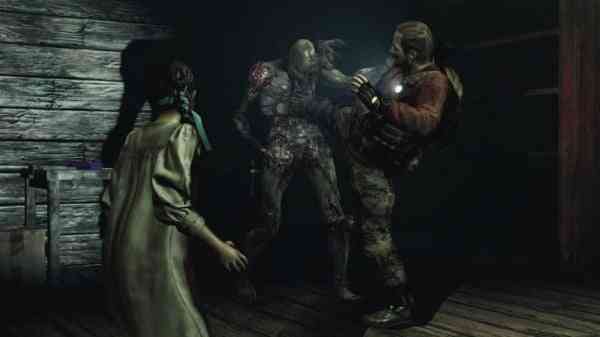 I personally think that Mercenaries was a more intense offering, but RAID can get pretty crazy when you begin to climb the difficulty ladder. It’s just a shame that in order to expand the level count, they reuse a ton of areas from Resident Evil 6. Still, it’s a fun mode, and will keep you hooked on the game for many extra hours after beating the campaign.

To conclude, I was pleasantly surprised by this game. I never would’ve expected to be taken in by a story in a Resident Evil game but CAPCOM have finally done it. They’ve still got a long way to go, and the tale they tell is by no means a masterpiece, but it does have its effective moments, and I hope they continue to improve in this area. Resident Evil Revelations 2 is the first legitimately good game in the series since Resident Evil 4, and that has been a long time coming. 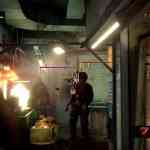 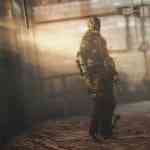 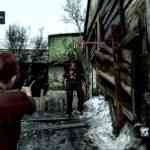 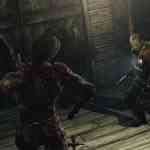 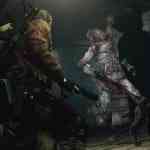 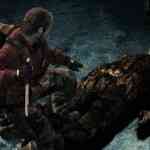 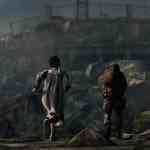 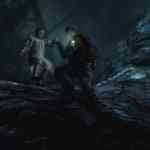 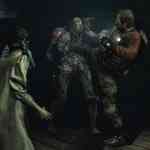