Tales From the Borderlands: Episode 2 – Atlas Mugged Review – Telltale Does It Again! 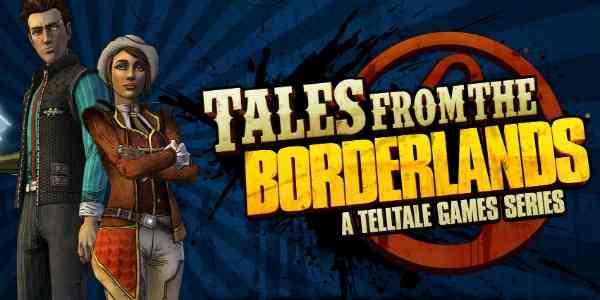 The latest episode of Tales From the Borderlands, Atlas Mugged, is the second in the series and just as good as the first. The humour and lore is still there, and the story is as good as ever. Once again, I find myself really enjoying being returned to Pandora in a whole new way. The art style, the wildlife, and the returning characters bring a lot of fun to the table and this planet just keeps on getting weirder.

I’ll recap the first episode a bit here, so while I’ll keep it light, if you don’t want spoilers I’d advise skipping ahead one paragraph. Basically, Rhys and Vaughn travelled to Pandora in search of a vault key. They met up with Fiona and Sasha who were selling one. The deal went south, some things went very wrong, and then they ended up in a hidden Atlas chamber. Inside, they find some old Atlas tech that may or may not lead to vault.

In Atlas Mugged, you can expect a similar setup where you swap between Rhys and Fiona as you proceed through the story. Something I’ve always found fun with Telltale’s other games is when it shows you how your choices match up with other players and does a little recap of the big moments in each episode. Now that I’ve made a few more choices, I’m beginning to notice a pattern. Normally when I play Telltale’s other games, I instill a lot of myself into each character’s choice. Yet with Tales From the Borderlands, it’s become much more of a split. Instead of always sticking with my own instinct, I’ll think about what they would do if it was their choice. 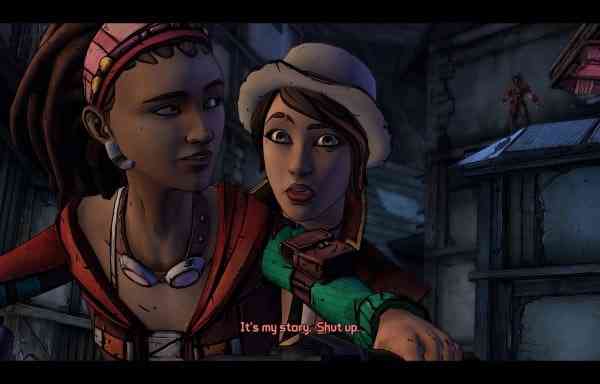 What this all means is that I control each character very differently. I’ve made Fiona and Rhys somewhat friendly towards each other, but they deal with everyone else differently. I try to charm people more often with Fiona and with Rhys I tend to use force or insults. While that’s likely because of how they came across to me at the start of the game, I’m curious as to how this would play out if I controlled Vaughn and Sasha as well. It’s different because while I may be wrong, I’m willing to bet at least for the majority of the season my two playable characters will survive.

One character that really stood out to me this time was Vasquez. He’s back, and he’s pissed off. I won’t say anything more about him and the story, but I only noticed this time that he’s voiced by Patrick Warburton. It’s not incredibly relevant aside from the fact he’s great for the role, I just really like seeing television and video games share talent. It’s pretty cool to see how far the industry has come.

In terms of content, you’re certainly getting your money’s worth if you purchase the entire season. It’s still worth it when purchasing each episode individually, but if you enjoy other Telltalle games you may as well get it all at once. It’s actually nice being able to finish something in a little under two hours for a modest price every few months. If you like to binge though, wait until the whole season is released. I’m already itching for episode three and it’s going to be quite the wait now. 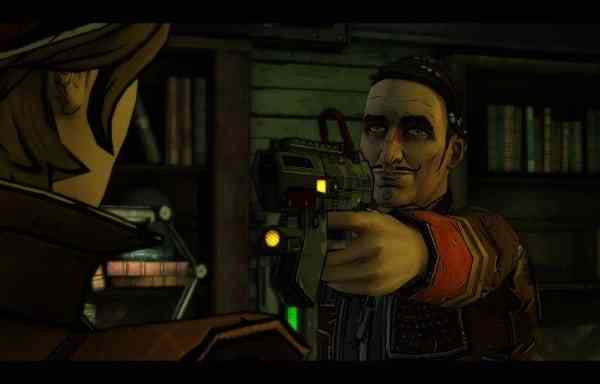 One thing that stuck out this time was the facial animation but not in a good way. With such a dialogue-heavy system, it’s only fair to ask for better lip movement and expression. The art style itself helps to hide it, but it was pretty noticeable at times and it broke the immersion for me. The only other thing that bothered me was how sometimes the subtitles would start at the top of the screen and then switch to the bottom halfway through a sentence. Not sure if that’s a bug or design choice, but I’m not a fan.

There is no question episode three has some big shoes to fill as “Tales From the Borderlands: Episode 2 – Atlas Mugged” continues Telltale’s successful string of story driven adventures. This adaptation of Borderlands has been quite an adventure so far and I cannot wait to see where the story is going to take me from here. For now, I’m going to sit back and eagerly await the next instalment.