The opening splash page of Kunos Studios’ Assetto Corsa proclaims itself as, ‘Your Racing Simulator.’ Oh the irony! Assetto Corsa(AC) delivers a lot of goods on a lot of racing sim fronts but the current state of the sim has rendered that claim into the rallying point for dividing the fan base. AC excels in so many areas – car and track modelling, car and track selection, graphical fidelity, highly detailed car interiors, and for many it is the pinnacle of racing sim physics and force feedback. But as for actual racing? Well let’s dive into that after exploring what this DLC adds to the base model of AC.

The pedigree of cars that AC has obtained official licences for is staggering. You’ve got Porsche, Ferrari, BMW, Lotus, Abarth, McLaren, Mercedes Benz, Alfa Romeo, Tatuus, KTM, Pagani, P4/5 Competizione and a few others. In terms of Circuits you have Imola, Magione, Monza – current and historic, Mugello, Silverstone, Spa Francorchamps, and Vallelunga,. You also have Drag, Drift and Hill Climb tracks. And now, with the release of the first DLC pack for AC – the Holy Grail of tracks for many racing fans – a laser scanned version of the Nurburgring-Nordschleife; also known as, ‘The Green Hell.’ (Note the GP and Sprint versions of the Nurburgring were included in initial release of the game.

If you are a GT Racing fan then AC will definitely satisfy on the front. Fans of open wheel racing will have to look beyond AC to other sims to satiate that appetite. The main game does include a historic Lotus plus variants of F1 and F3 – current and historical but they are far outnumbered by the GT and street cars. All the cars are lovingly created and beautiful to look at.

Being a recent game, you will need a fairly beefy PC to run the game in all its graphical glory. Kunos has continued to refine and enhance and make the game run more efficiently with successive iteration. A multitude of graphical options including a variety of post processing tweaks but they come at a frame rate price. For myself running all the post processing options ate nearly half my frame rate so use them judiciously. Turning them all off completely results in a much more lifeless visual experience as the dynamic lighting engine is embedded in it. 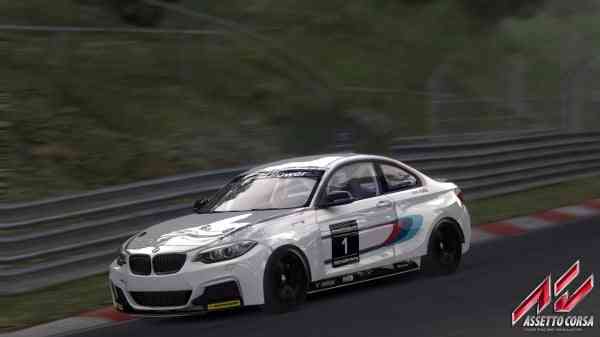 The graphical engine of AC really gets to strut its stuff for players as the 20 km plus of Nurburgring circuit winds its way through the Eifel forest. All the elevation changes, corners – many of them hidden, curbs, slopes, track graffiti, and iconic trackside objects plus the forest itself, recreated in exact virtual detail from a long period of laser scanning the entire venue. If the Green Hell is your nirvana of racing locations, this is without a doubt the pinnacle of ‘ring recreation.

Turning to the new cars, individual tastes will dictate choices but the two standouts of these new cars are the BMW M235i and the wonderfully fun Alfa Romeo GTA. All the cars here have their charms but those two are the ones I go back to most often. The BMW is so easy to drive and you can really feel when you are pushing it to the edge. The 1996 GTA is so alive and provides tons of detail in terms of Force Feedback(FFB) via communicating weight transfer from back to front and side to side.

Turning back to the overall racing sim experience, AC still falls short on providing the necessary functions to do that. First and foremost on the multiplayer side of things, online racing with AC is still a mixed bag. Lag and stuttering are still experienced to a detrimental degree by a significant number of online players. Offline racing is hobbled because pit stops are not possible, blocking full length racing due to lack of the attendant strategy of fuel and tire consumption. 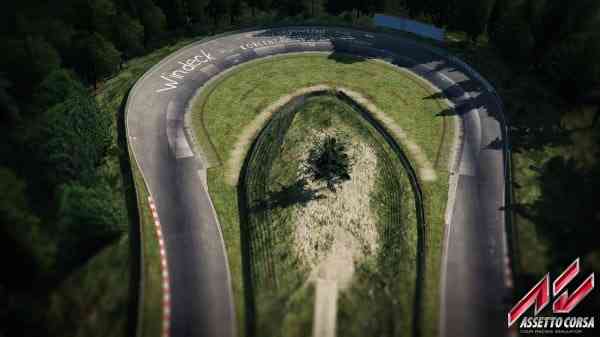 All video games are a mixture of technology and art and nowhere is this more evident than in racing sims when it comes to the areas of FFB and Artificial Intelligence(AI). FFB simulates as much as possible for players using a wheel and pedal set, the G Forces, torque on the steering column, wheel forces, and road surface. For many fans, AC gives them that information in the best manner ever. For others the FFB of AC is OK but feels too digital and not organic enough. (For the record I am in the crowd that finds AC FFB feels a tad too mechanical but have found the upgrades done in the DLC pack have definitely improved it.) There is an art in reproducing such effects. How we as individuals experience them and interpret them is unique to us. No one racing sim will ever be able to generate FFB that will appeal to everyone. A racing sim can only hope that the experience it creates is one that resonates with as many sim racers as possible. Which Kunos certainly has done. The amount of fan made Mods for cars, tracks, and racing apps is testament to that positive fan response.

The biggest area where AC needs refinement is the AI. AI creation is the trickiest bit of coding that goes into any game be it a fantasy RPG, first person shooter, or any game with CPU controlled opponents. Racers live and die by AI. Even with the relative ease of connecting to a multiplayer game that is possible today, the great majority of players spend their time in single player mode. Be it for racing or practicing or hot lapping – trying to refine their setup and improve their times on a specific track with a specific car. So if a player is unable to race against the CPU with any degree of success the game will eventually languish, wither, and die. 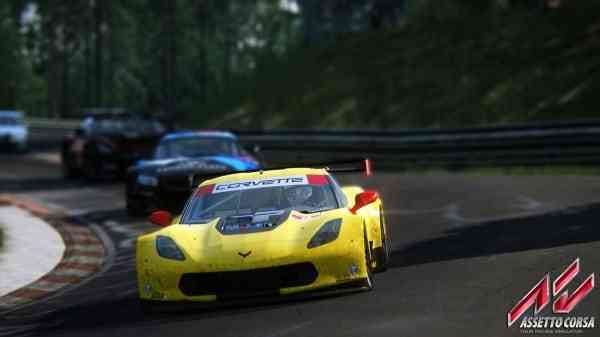 The Dream Pack brings not only the dream track and top ten requested cars but it also includes AI tweaks. It is a step in the right direction but the AI for the game is still on the left side of the bell curve. Kunos is well aware of this issue and are on record that they will be focusing their efforts on refining the racing functions of the game. It has become a sad situation where Version 1.0 releases of games are no longer an indicator of a complete game. The economic pressures of game creation have pushed games to being – to incorrectly paraphrase Orson Welles – released before their time.

Kunos Studios has already pushed out several incremental upgrades since the Dream Pack DLC was released and we all wait for more concrete evidence that some of the fundamental deficiencies of the racing simulation aspects of the game will be addressed. Despite some thorns in the AC racing rose bouquet, Kunos has created an auto game that is definitely worth taking for a spin. My advice is park some of your expectations and for the time being approach Assetto Corsa as, ‘Your Driving Simulator,’ instead.

Next Borderlands: The Handsome Collection Review – A Gajillion Dollars of Gameplay Content & Worth Every Penny
Previous Resident Evil Revelations 2 Review – Better Than Advertised But Room for Improvement