Over the years, I have checked out a slew of Xbox controllers. Everything from budget-priced wired PowerA controllers to high-end Xbox Elite controllers. At this point, it feels like I have seen it all. That is until now. Razer recently released a Limited Edition Captain America controller for Xbox and it’s quite easily one of the slickest controllers I have used to date.

Teaming up with Marvel, Razer has delivered not only a sweet-looking controller that pays tribute to Falcon’s Captain America but it feels great and is fully rechargeable. Sure, I have a giant pack of batteries from Costco, so I won’t run out of AA batteries anytime soon; however, the idea of not having to worry about swapping out the batteries any time soon is fantastic. 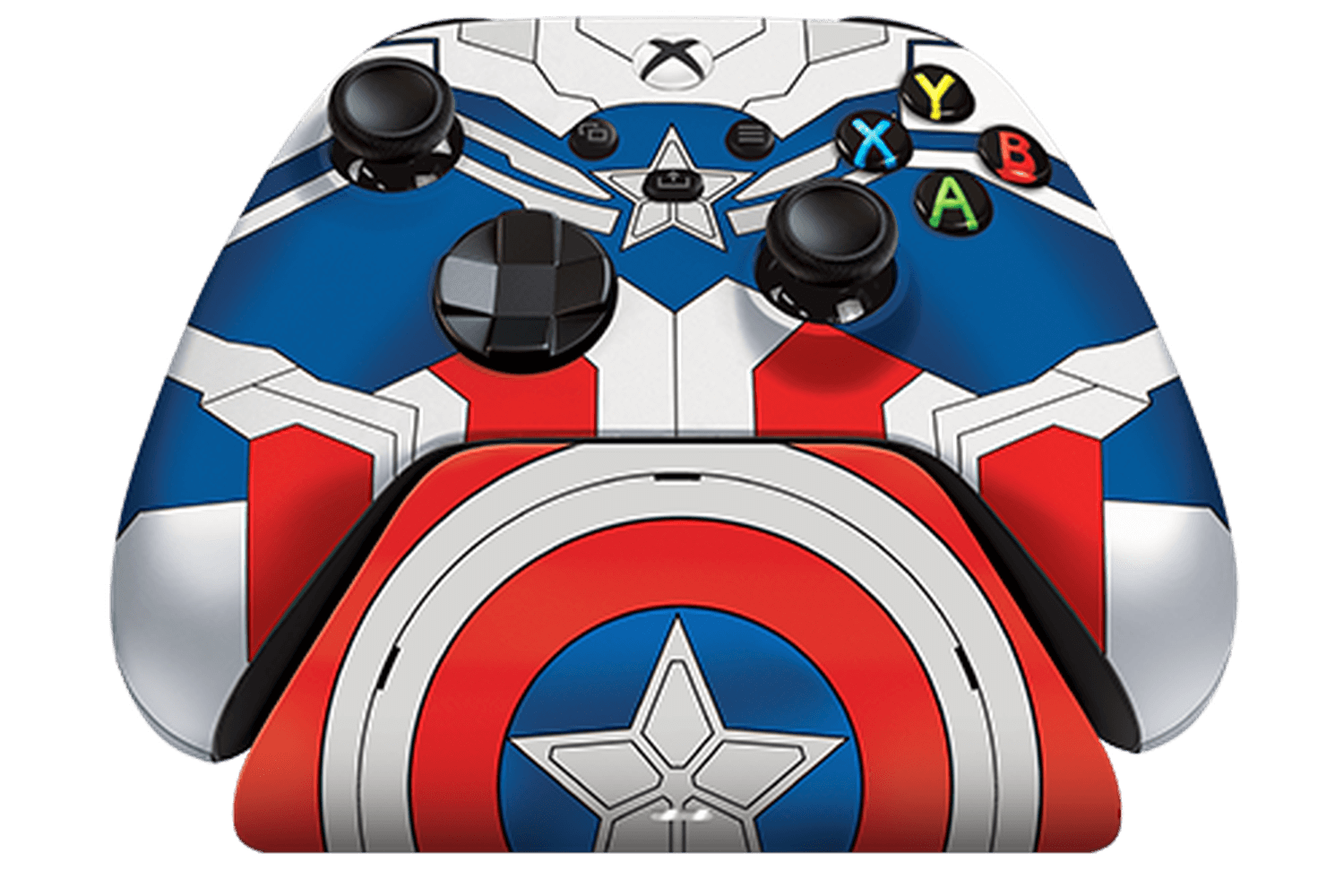 You get about 12-hours of battery life out of the controller, which isn’t too bad at all. Granted, 12 hours is nothing compared to some of those 40-hour rechargeable headsets we’ve reviewed lately, but as far as controllers go, 12-hours isn’t too shabby at all.

The included charging dock isn’t an eyesore either. It has Captain America’s trademark colors and acts as a nice little storage stand for your controller. After every play session, I docked it, so it never died during any of my play sessions. Needless to say, your controller should never be low on batteries if you get in the habit of putting it on the dock after you’ve logged some hours with your favorite game.

I also loved how the controller’s design specifically draws inspiration from Captain America costume in Falcon and the Winter Soldier. Not that I don’t care for some of the older Captain America costumes, but let’s face it, Falcon’s is badass! The charging doc pays tribute to Cap’s shield and also looks amazing. There is no question it stands out on my entertainment display and not in a bad way.

It takes around 3-hours to fully charge the controller when it’s completely drained. It also has overcharge protection which should keep that battery running smoothly for years to come. This is a relief because the controller isn’t cheap. At the time of writing, it costs $249.99 CND, which is definitely on the high-end when it comes to Xbox controllers. Do I wish it was cheaper? Absolutely. However, when you consider how great it looks, feels and the fact it’s rechargeable, Razer’s controller is a decent investment. 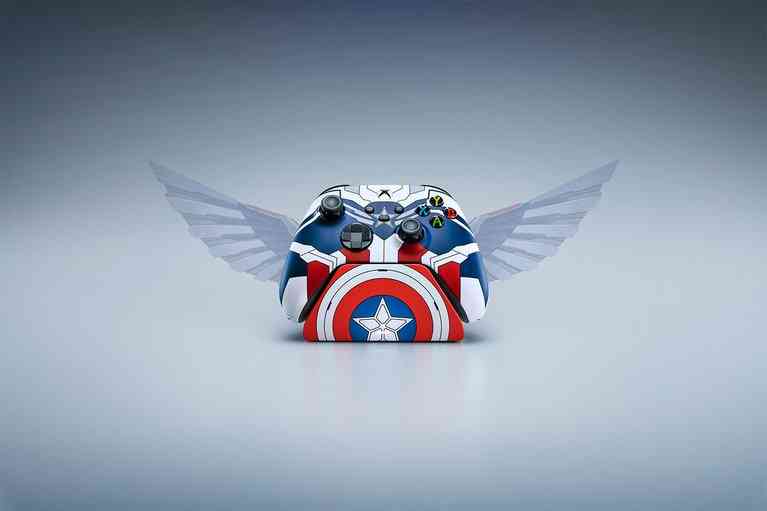 Mounting your controller on the dock is a breeze thanks to the magnetic design that secures the controller to the stand. On the downside, it’s the only way you can charge your controller. You cannot charge it via a USB connection. So, if you lose the dock for some reason or it breaks, you’re kinda screwed.

That being said, it’s pretty versatile. It not only works with all Xbox Series X|S and Xbox One models, it also pairs with PC (Windows 10) or Macs. While I love my Xbox Elite controller, it can easily become my go-to controller as it feels great. The textured grips and impulse triggers feel fabulous. It’s a meaty controller but I never felt like it weighed too much and my hands never got too sore. All in all, Razer’s Limited Edition Captain America controller is an excellent bang for the buck. While the $179.99 USD is nothing to sneeze at, this Xbox controller looks gorgeous and feels fantastic. Not to mention, it feels like I am in some kind of exclusive club owning this wireless limited edition controller. It’s hard to find any complaints about it. Marvel fans can purchase the controller with confidence as they are getting a stunning high-quality controller.

***Controller provided to COGconnected for the purpose of this article***