Despite its issues, Saber Interactive’s take on the Evil Dead universe has its claws in me. Evil Dead: The Game is competitively thrilling, all the while managing to genuinely feel like the next generation of asymmetrical multiplayer horror. Those that liked Friday the 13th or Dead By Daylight will love Evil Dead. Also, fans of the films and television show have plenty to get excited about, as Evil Dead: The Game absolutely drips with fan service. I worry about its longevity, but for now, ladies and gentlemen, start your chainsaws. 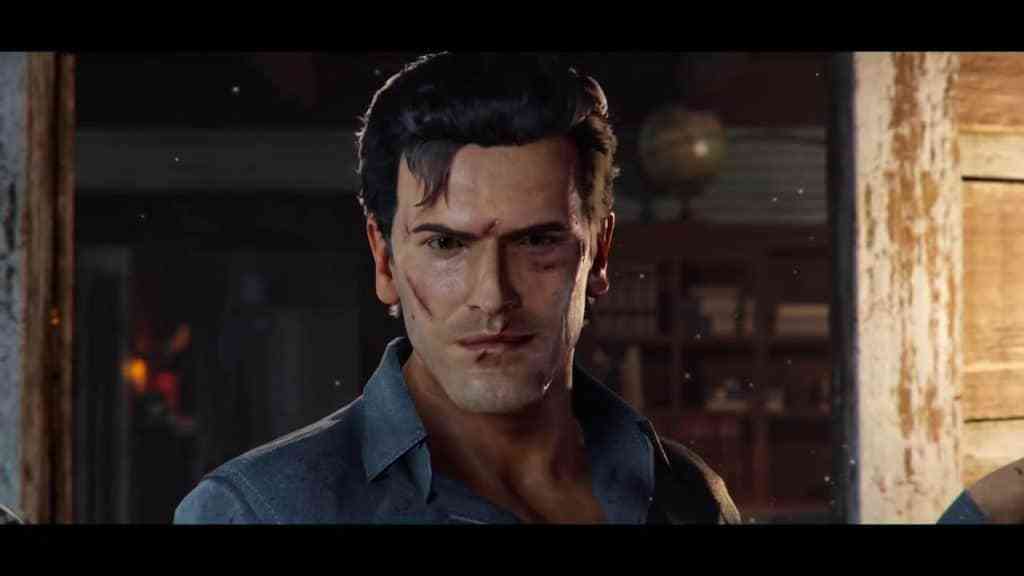 Matches in Evil Dead: The Game don’t drastically alter the blueprint laid out by its aforementioned inspiration. The main gameplay loop remains a battle between a team of survivors and – in this case – a ghoulish cast of undead horrors. It’s just that Evil Dead does it all much, much better than those before it. It runs smoothly, looks great, and offers punchy combat that has a weightiness I find lacking in similar titles. Then there’s the cherry on top – Bruce Campbell and the franchise’s signature humor remains front and center; vital for any Evil Dead enthusiast that may be on the fence about another movie/TV show tie-in game.

Players will certainly recognize contests tending to break down in a similar fashion from game to game. Four players vie to complete a ritual in order to defeat the demonic entities that stalk them. They’ll need to fight not only a collection of NPC enemies out for blood but also numerous traps that can be laid by the lone, opposing player. Again, nothing we haven’t seen before, but the animations, combat, and visuals are so polished and refined that it’s hard not to feel that Evil Dead: The Game is “new.”

Though, what undoubtedly feels like something pulled from yesteryear are the map designs. The “spooky forest” – one of two similar maps – has been done to death, and there were times during my some-odd 20 hours with Evil Dead: The Game that I could have sworn I was playing the same stage from Friday the 13th. Saber Interactive has advised sitting tight, as more locations are on the way, but I wish they went with something a bit more original at launch. 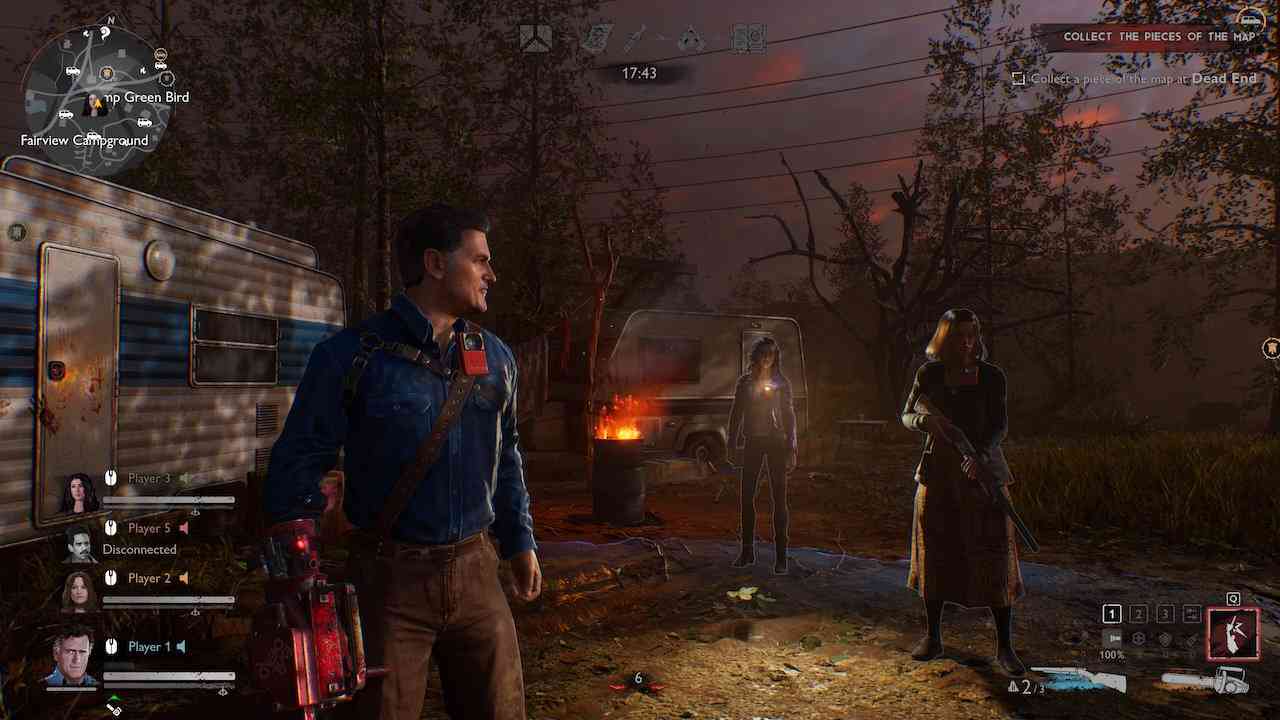 Once you’ve come out the other side of a few matches, you’ll have ability points to improve both the survivor and demon characters. The skill pools are relatively robust, but I’ve already started to see more of a “meta” than I would like to. A few characters from both sides are far and away above the rest. The more I played, the more I saw others catching onto this. If Saber Interactive plans to support Evil Dead: The Game over the coming years, they’ll need to work a bit to balance the roster.

Also decidedly unbalanced is the multiplayer to single-player ratio. The vast majority of your time spent with Evil Dead: The Game will be with others. There’s only a small helping of single-player content for those interested. I’m somebody that loves an excellent single-player campaign. It pains me to see just how lackluster the effort put into solo play was. 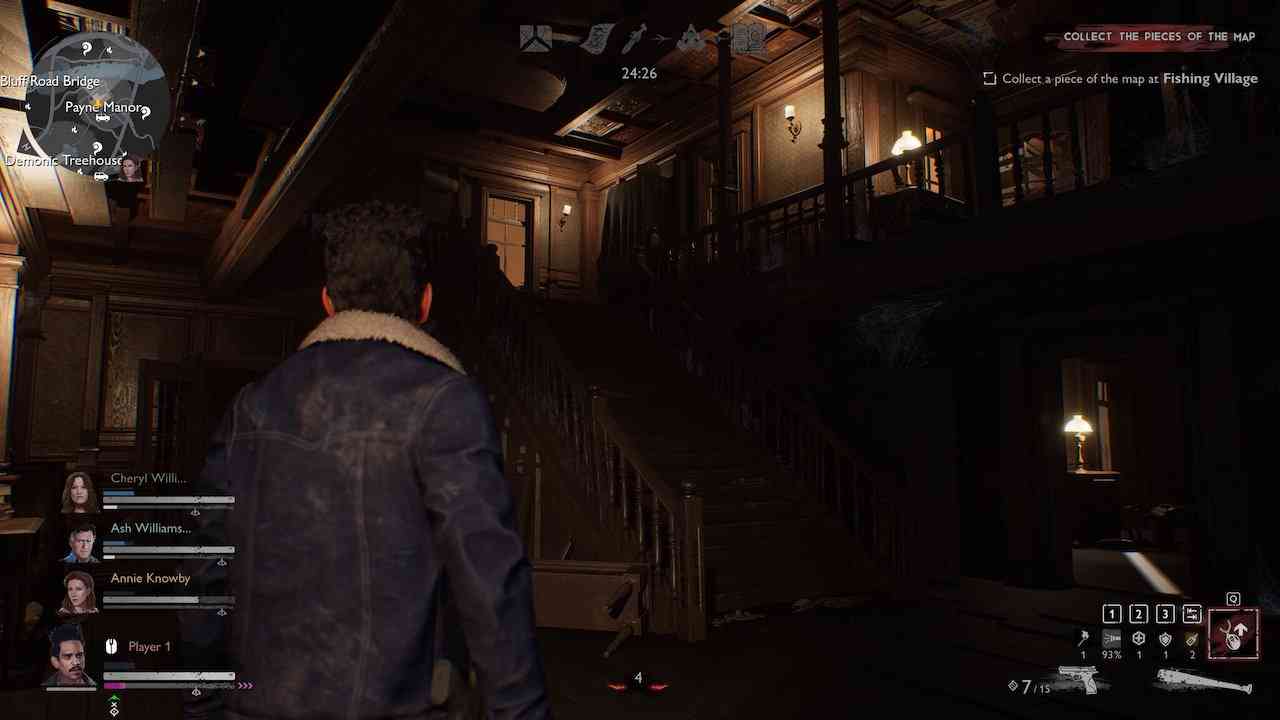 Additionally, the missions you can run by your lonesome never quite live up to the excitement of playing with friends. The tasks become nothing more than tedious fetch quests with a bit of combat peppered in between.  There’s no checkpoint system. You can spend more time than you would ever hope to, playing through the missions only to die and get bounced back to the beginning. It is equally as frustrating that playable characters and content are tied to these missions. It forces the player to grind through them all if they hope to unlock everything.

At the very least, though, these missions provide extra fan service that admittedly did put a smile on my face, much of it stemming from Evil Dead: The Game’s excellent audio. The voicework from Bruce Campbell and the entire cast is as superb as you could hope for it to be. Every line is delivered with the same lovable campiness that we expect from this franchise. And the score and sound effects ebb and flow to create that humorously terrifying atmosphere Evil Dead is known for. 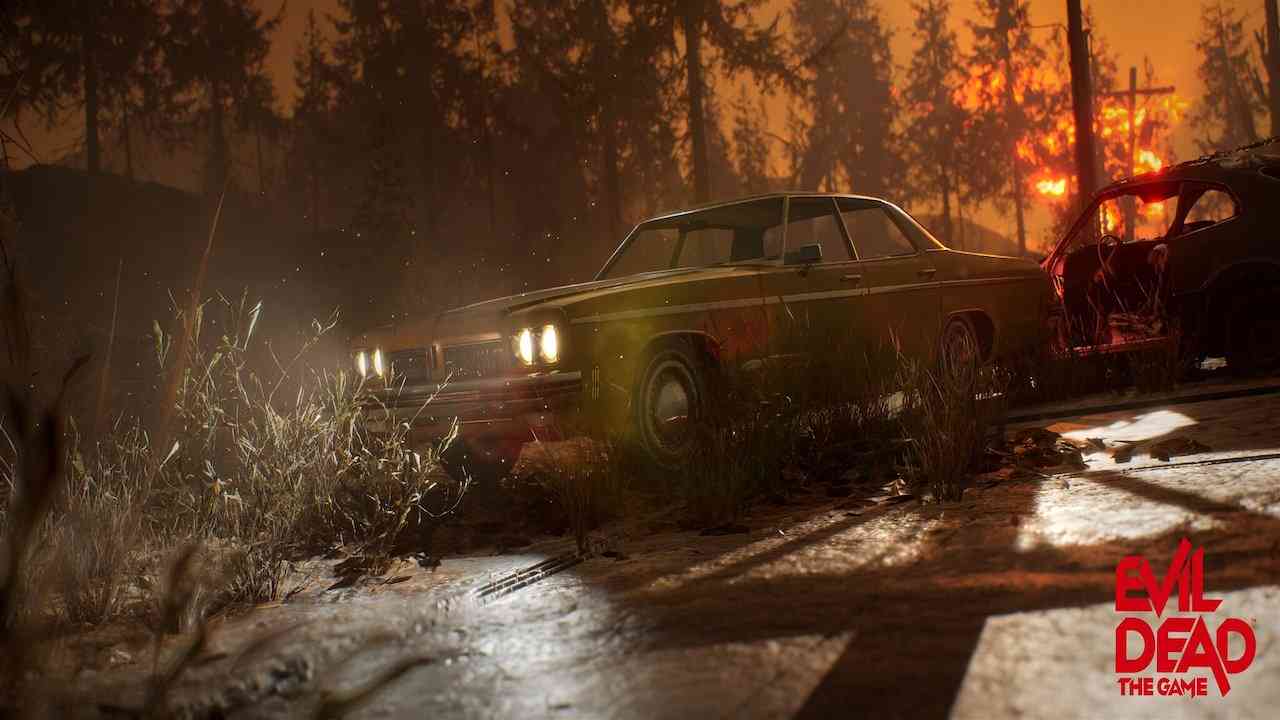 Evil Dead: The Game is mostly everything I hoped it would be. It’s a fun, logical next step in the asymmetrical multiplayer horror genre. Sure, it doesn’t reinvent the wheel, but it did enough to reinvigorate my passion for this type of experience. I’ll be keeping a close eye on Evil Dead: The Game over the next few years. It’s a few maps and some solid single-content away from being truly great. 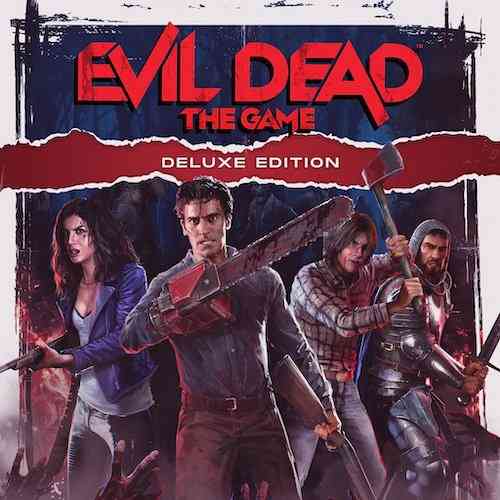