If you’re in the market for a replacement controller or an additional controller for local multiplayer, often times a good third-party controller will do the trick. However, the market is saturated with third-party accessories, so which one will do the trick for you? Fortunately for you, COGconnected has you covered. Over the past week, I’ve had the pleasure of testing out the PowerA Enhanced Wired Controller for Xbox. This third-party controller has been specifically designed for Xbox consoles. It also works on Xbox Series X/S, Xbox One and Windows 10/11 (PC).

The first thing I noticed when picking up the PowerA Enhanced Wired Controller for Xbox was just how much lighter it feels compared to the original Xbox Series X controller. Granted, this is a wired controller and doesn’t require batteries, so that would definitely account for a good chunk of the weight loss. The controller feels fine enough. The front face has a smooth, plastic finish while the back has a slightly bumpy finish to it. It’s not as pronounced as some controllers that feature a rubberized grip, but it’s going to provide a little more grip than if it had the same smooth finish on the face. The controller size and layout is almost identical to the official Xbox Series X controller – so if you’re purchasing this as a replacement, it will feel very similar.

The controller PowerA sent us was a fun half pink, half yellow blend. When my kids saw it, they immediately dubbed it the Easter controller. The official name for the colour scheme is Pink Lemonade. Delicious! The buttons and thumbsticks are white, while the D-pad has a shiny pink finish to it. It’s a great-looking controller, no doubt about it. 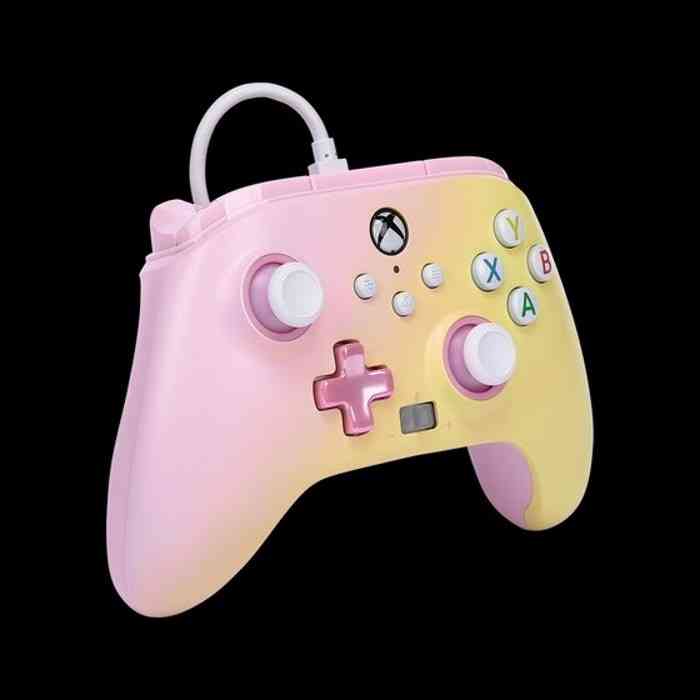 The Enhanced Wired Controller for Xbox has some added features not found on the standard Xbox controller. For one, there are two programmable buttons on the backside of the controller, approximately where one would lay their middle fingers. These buttons are simple to program. However, they can not be programmed to execute button combinations. For example, you could program one of the buttons to mirror a direction on the D-Pad or any of the face buttons, bumpers, or triggers. For me, I often use programmable buttons to replace D-Pad functions, to improve accessibility. Another feature is the onboard headset controls in form of a switch between the D-pad and right thumbstick. This will adjust the volume of the headset or mute it completely. While most decent headsets have volume/mute features, or you can access similar controls via the Xbox dashboard, this is still a handy feature for some folks.

Despite my overall positive impressions, I do have a couple of critiques. First, this is a wired controller and comes with the industry-standard 10-foot cord. In my case – and likely in the case of anyone with a large living room – the cord is barely long enough. I wish these wired controllers would start coming with longer cords. An extra 2-3 feet would be perfect. The second grievance is the fact that this controller, despite being plugged into the Xbox Series X, can’t actually turn the console on. I need to turn the console on with either a second controller or manually turn the Xbox on. While my doctor might appreciate me taking the extra few steps each day to turn on my console, my laziness can’t stand the idea. Hopefully, future third-party controllers from PowerA will remedy this problem. 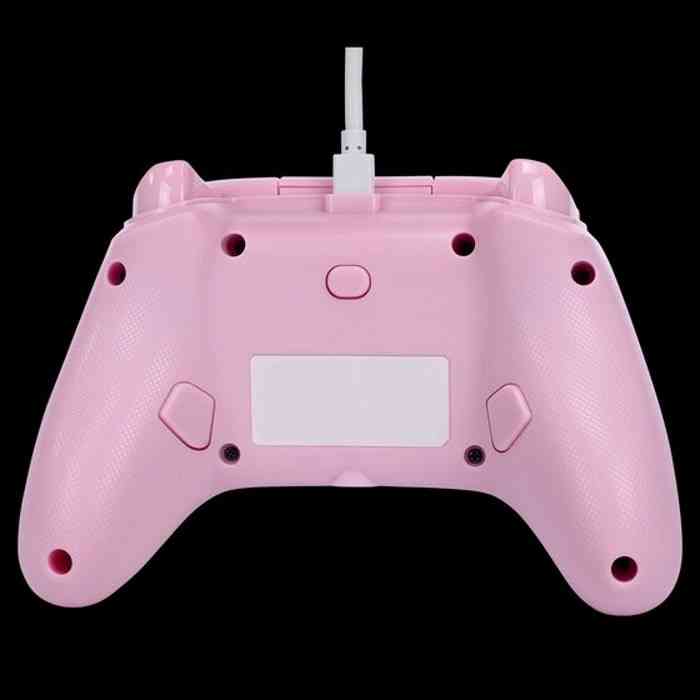 Save At Least $20 on the Razer Wolverine V2 Controller and Even More Right Now
Next Dolmen Review – Dark Souls Does Deep Space
Previous Eiyuden Chronicle: Rising Review – A Full-Sized Appetizer