While we patiently wait for Eiyuden Chronicle: Hundred Heroes, the devs have blessed us with a town-building RPG! Though Eiyuden Chronicle: Rising is for hardcore fans of a game that doesn’t yet exist, there’s still fun to be had. If you want to turn a tiny town into something bigger and better, good news! You’re in for a real treat. Otherwise, the appeal is somewhat more nebulous.

Our story follows a scavenger named CJ as she strives to earn her rightful place among her people. This involves finding loot of legendary size and value, which is where the Runebarrows come in. While the story starts with treasure hunting, Rising eventually ties directly into Hundred Heroes. You’ve just gotta be patient, is all. This town-building stuff pays off, I promise. For some players, this string of constructive side quests is a reward in itself. For me, I was always looking for a bit more substance in the story. 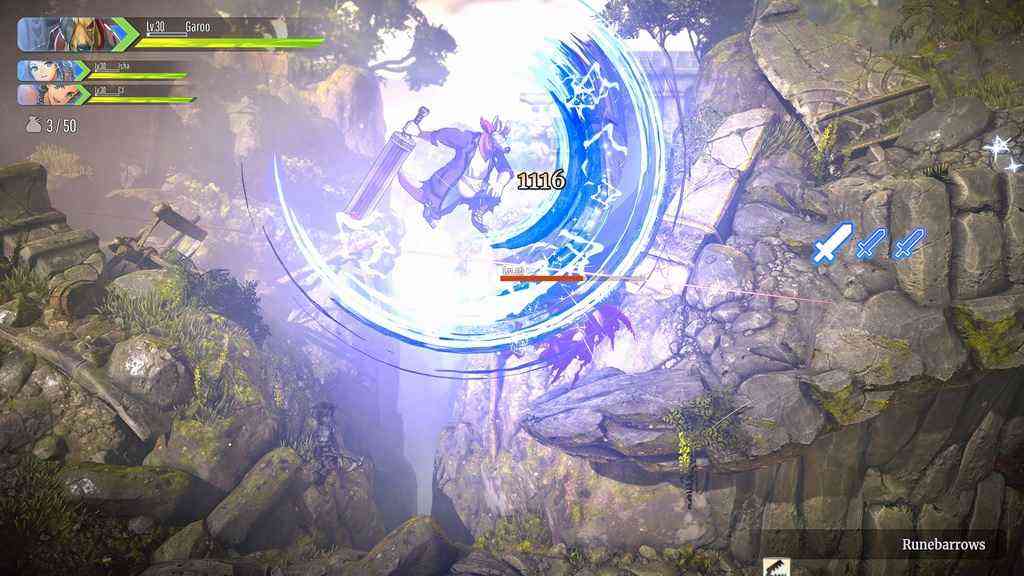 Again, you do get there eventually. In the meantime, there’s a procession of quests to complete and shops to create. I loved the town-building stuff at first. But the cutscene that comes with every new shop wears out its welcome crazy fast. Before long, the sight of that portly laborer sawing, hammering, and wiping his forehead filled me with dread. I think maybe it’s the song. I will hear that janky tune in my nightmares for months. In fact, most of the quests follow a well-worn set of patterns as well. You take a lot of trips to the Great Forest in the beginning. I could probably run through that whole place blindfolded.

Of course, Rising isn’t all running errands and snagging loot. There’s a ton of combat as well. Fights are breezy, blistering affairs for the most part. The minor enemies are simple enough to puzzle out, while the bosses keep you on your toes. Bosses re-spawn just like regular foes, which can get pretty exhausting. On the one hand, it’s fun to see how much better you’ve gotten at a given fight on the fourth iteration. On the other hand, you end up repeating a lot of content if you’re not careful. 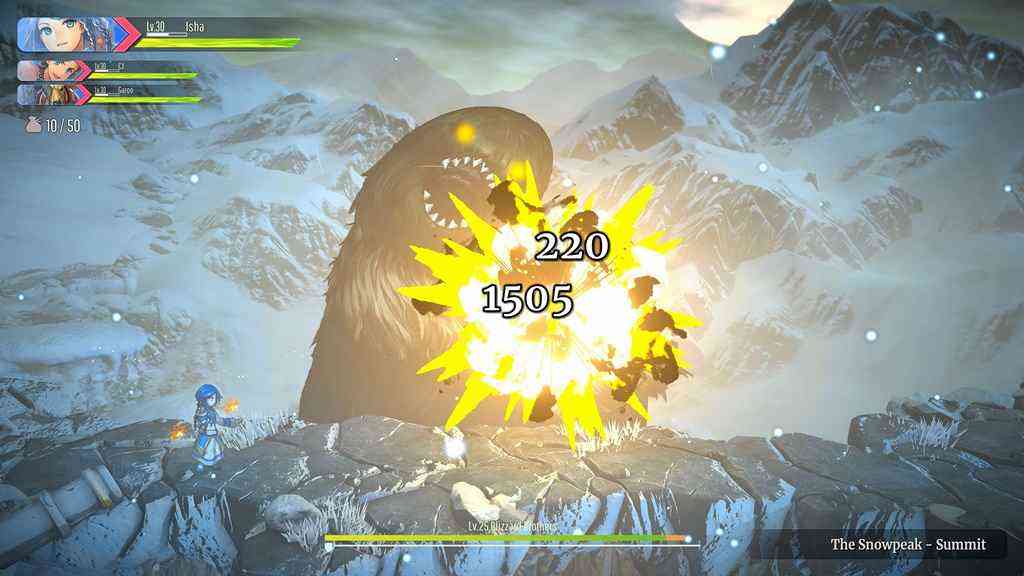 Thankfully, there’s a robust fast travel system in each of the dungeons. If you’re really sick of fighting the giant tree for the sixtieth time, you can start beyond his room. This streamlines a lot of your quest work, but I never felt like I was making way towards anything more meaningful. You’re not skipping the dross to get to the good bits, you’re skipping the whole game. I had the same problem with the dialogue. There was never a core story I was eagerly rushing towards. Everything felt equally inconsequential.

Can’t Skip To The Good Part

I’m not sure how I feel about the visuals. Every character is crafted with loving detail. These are beautiful pixel art portraits come to life. The trouble is, they’re animated with this janky puppet rigging that had me looking for strings the entire time. The effects look great, and the backgrounds are lovely, but it all feels a bit off. I know this is an appetizer, a prequel snack before the full meal, but still. At least the sound design is crisp and the game feel is properly polished. This let me push past any weirdness in short order.

You know what you’re getting into with Rising. There’s treasure to be found, a town to be restored, and new friends to make. To that end, my recommendation is based on your reaction to that premise. Are you thrilled by the prospect of elevating a town to its full potential? Do you relish the thought of digging up treasure with a growing cast of companions? If so, Eiyuden Chronicle: Rising is just what you’ve been looking for. Otherwise, I suggest you proceed with caution. 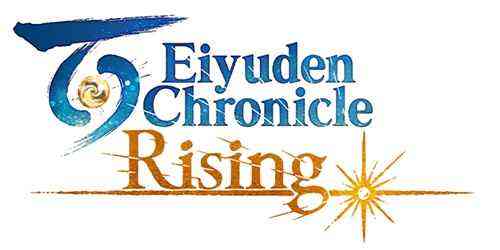 The Three Best (and Worst) Video Games from May 2022

Eiyuden Chronicle: Rising Is Due to Launch on May 10th