I get it. $179.99 (USD) is a tough pill to swallow. For many, the price tag is just too much and hard to justify when a plain old Xbox controller is already pretty damn good. As solid as it is, it doesn’t quite measure up to Microsoft’s latest Xbox Elite Controller. Not even close. Quite simply, the Series 2 Elite controller is the best controller in the market. This isn’t just any controller, it’s an investment and if you’ve already played with an Elite gamepad you’ll know exactly what I am talking about.

I’ll admit, I’ve always been partial to Xbox controllers. I just find them comfortable, familiar and ergonomically ideal for my grubby mitts. My original Series 1 Elite controller kicked ass, but it has seen better days. After over 4 years of use, the rubber grips have worn out and the bumpers don’t work as well as they used to. I’ve since had to retire that controller, so the timing for a new Series 2 controller is a little overdue. And I am happy to report, it improves on the original in many areas.

The Best Got Better

Sure, it looks and feels nearly identical to the original. It remains a ‘meaty’ and heavy controller. Spec-wise, it is slightly lighter than the original but this is hardly noticeable. Regardless, it still feels and looks like a high-end product. The rubberized grips are back, it still features those exceptional triggers, snap-on analogs and the accompanying carrying case is the icing on the cake. Series 2; however, takes all those issues we had with its predecessor and improves upon it in every way. 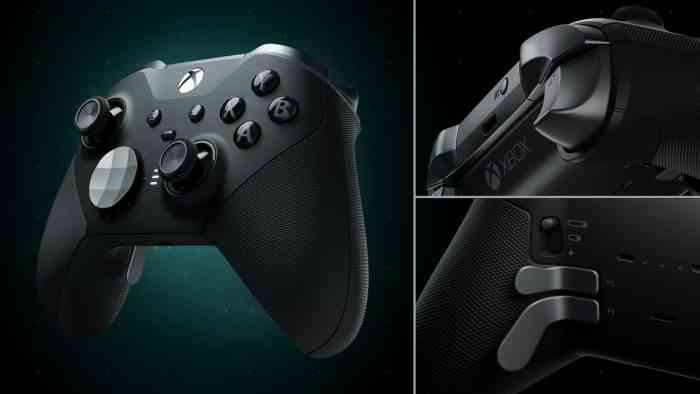 First of all, the battery life is amazing. Microsoft advertises it as lasting 40 hours and they weren’t kidding. I’ve had the controller for nearly two weeks now, and I’ve only had to charge it a couple of times. The included charging dock is super cool as well. You can charge your controller while in the carrying case. Having that flexibility to charge the controller either inside or outside the case with the included USB-C cable and charging dock, is such a nice little feature. Bottom line, you’ll never have to worry about buying new batteries and the battery has been designed to withstand not just one but multiple lengthy gaming sessions.

If there was any big question mark when it came to the original Elite controller, it’s in the durability department. Many gamers, including myself, experienced issues. Everything from the rubber grips, to the analogs sticking or the bumpers failing, the Elite had some deficiencies. Series 2 seemingly addresses all these issues. Granted, my playtime has been restricted to a couple of weeks thus far but the new rubber grips seem firmly attached, wrapping around the controller. The responsiveness of the triggers, buttons and bumpers was equally impressive. So far, Series 2 seems much more durable this time around.

Even the little grips on the triggers is a nice added new feature. Needless to say, your controller should never slip out of your hands, regardless of how disgustingly sweaty they become.

Just like the original, the suite of customization options is impressive and Series 2 has expanded on this. Back again are three different types of analog sticks (standard, raised, domed), a removable magnetic standard D-pad and an octagonal D-pad; and removable paddles located underneath the gamepad. Black switches underneath the controller also return which allow you to set the depth of your triggers. There are 3 settings (up from two last time), which is super convenient for shooter fans like myself. 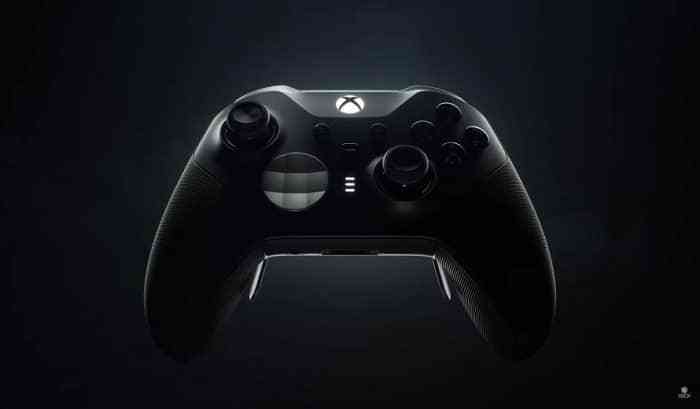 Using the interface on your Xbox One or Windows 10 PC, all the buttons and paddles on the controller are mappable. You can adjust everything from your button functions to the sensitivity of your analog sticks. Pretty much anything you can think of is adjustable. The Series 2 even includes tension-controlled thumbsticks which provides for greater precision and has three separate configuration profiles. The previous Elite gamepad only had two profile settings and never had the ability to adjust the tension on the sticks. A big plus here.

I’ll admit, the paddles do take some getting used to. I found myself peeling them off when playing Modern Warfare. I had a tendency to hit them when I didn’t want to, but this was also an issue for me with the original controller.

Another fantastic addition to the new Elite gamepad is the fact it comes with Bluetooth. This is ideal when linking your controller not only to your Windows 10 PC but also to mobile devices, laptops, and tablets.

It’s quite clear Microsoft listened to the concerns raised about the original Elite controller. The Xbox Elite Wireless Controller Series 2 improves on the original in almost every conceivable way. Xbox has raised the bar yet again when it comes to delivering a high-end controller for those who take their Xbox One gaming seriously. Granted, I am not convinced this controller is for everyone, especially at that price point. Younger more casual gamers just won’t be able to take full advantage of all customization options this controller has to offer. A regular Xbox One controller is perfectly fine and will meet most everyone’s needs. But if you are looking for a premium controller and probably the best one you’ll ever use, it doesn’t get any better than the Elite Series 2. 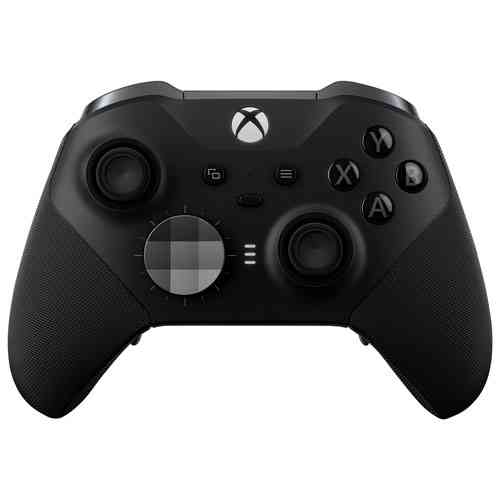