Planescape Torment and Icewind Dale are both old school isometric western RPGs, in the same vein as Diablo or Baldur’s Gate, but they each take a very different approach to the genre. Planescape: Torment is very story-based, while Icewind Dale is very action-focused. They make for a great pairing, which shows off the breadth of the genre. And the amazing thing about these ports by Beamdog is that they actually work well with a controller! Players who are averse to the mouse and keyboard combination now have a chance to experience these classics in their most crisp form.

For me, the real treat of this package is the narrative of Planescape: Torment. The story begins with The Nameless One awakening in a dungeon mortuary without any memories of his past life. He is led by the mysterious messages tattooed all over his body across various planes of existence, trying to figure out the mystery of why he can’t die, and why he can’t remember his past life. It’s a very intriguing narrative, with a ton of dialogue. Planescape: Torment almost feels more like reading a choose your own adventure book because there is so much dialogue, and many choices to make that affect the story. If you don’t enjoy reading, stay away.

Icewind Dale has a much simpler narrative that plays a backseat to its dungeon crawling. But I still really enjoyed it. There is an evil force rising in Icewind Dale, and your party is investigating the strange happenings found there. It presents its narrative in the same way as Planescape: Torment, but focuses a lot less on dialogue and choice. The combat is the focus in Icewind Dale, making it feel a lot more like Diablo than Planescape: Torment.

Time Hasn’t Been Too Kind

The combat in both games is the select attack or spell, select the target, and watch everything happen kind. It’s not my favorite style of RPG combat, and I find that this system has aged horribly. But if you’re a fan of this style of gameplay, then know that these Enhanced Editions have retained everything, from the combat to the graphics. Although the graphics have been crisped up, these are the same tiny isometric character models, and pre-rendered backgrounds that you remember. 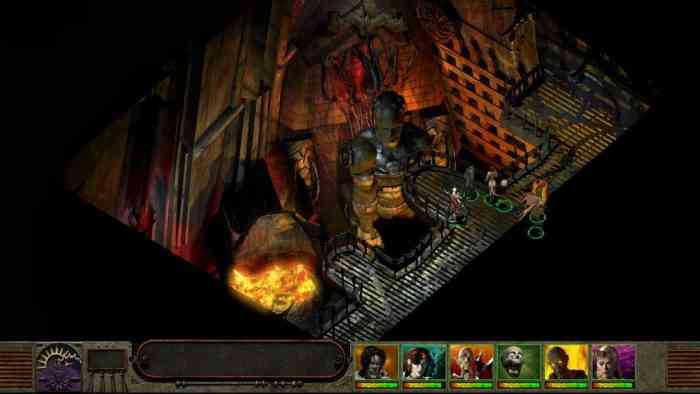 I find the inventory management cumbersome: pick up the weapon, equip the weapon, select the foe, pick up the key the foe drops, select the key, equip the key, select the door…it really does take that long to do anything. But what makes these enhanced editions are the way the controls have been mapped to a controller, from a mouse and keyboard setup. In each game, the player can switch between Tactics Mode and Drive Mode. In Tactics Mode the cursor is assigned to the right joystick, and in Drive Mode the player gives free control of the group to the left joystick. L and R allow the player to switch between party members. L2 brings up a circular menu with attack, spell, talk, and assignable quick action slots, while R2 brings up a circular menu with map, combat, journal, character, and inventory menus. It does make things easy to navigate on the controller, but doesn’t do away with the ludicrous need to select everything. Take that for better or for worse.

Planescape: Torment and Icewind Dale are isometric western RPGs with pre-rendered backgrounds. If this style of game is your cup of tea, then these are both classics, especially the creative, dialogue-heavy Planescape: Torment. If you are new to the genre, these might be tough to try by modern standards. But the way the menus have been mapped to controllers make these RPG classics very playable on consoles. Whether or not they’re playable by modern standards is up to your taste. 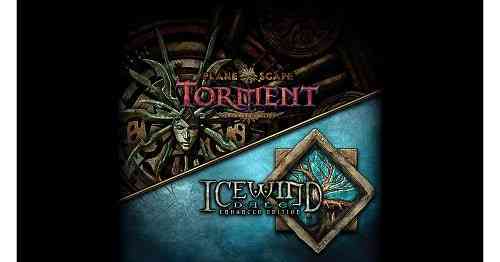