Video games have told stories from around the world, from fantastical battles in Greek mythology to harrowing real-life depictions of loss set in modern America. Although games have explored the mythos and histories of many worlds, the Indian culture has not been represented until now.

The action, platforming adventure started life as a failed Kickstarter. Even though it didn’t reach its goal, Nodding Head Games continued to work on the project and found a way of funding and releasing Raji: An Ancient Epic. Their passion and commitment permeates throughout the game, making the trip to India a memorable experience.

Siblings Raji and Golu travel from village to village performing stunts and shadow puppetry in order to provide for themselves. Unfortunately, on the auspicious day of Raksha Bandhan, demons invade and abduct the children in the village. With the help of the Goddess Durga and Lord Vishnu, Raji sets off on an epic journey to slay those who kidnapped her brother and rescue Golu.

Although the game’s narrative is conventional, how the story is told is unique. Cutscenes use the ancient art of shadow puppetry to display the ongoing events, which helps to anchor the game in its Asian roots. Throughout your time in Raji, you will also learn about the Hindu deities and the immense tales that they are renowned for.

The gameplay takes inspiration from Prince of Persia and the classic God of War series. Focusing on combat, you have light and heavy attacks which you can combine to annihilate any foe that steps in your way. On top of this, you progressively unlock weapons that you can switch between with a tap of the D-Pad, which keeps the combat feeling fresh throughout its relatively short runtime. Enemies vary and due to this, different weapons are more effective against particular demons. Whether you harness the power of Durga’s Trishul or the might of Vishnu’s celestial bow or sword and shield, knowing your enemies weaknesses is the key to success. Some battles are centered around a shrine which charges depending on the amount of damage dealt. When the shrine has fully charged, it will bless you with the power of the Gods and you can perform an area of attack move that delivers a substantial amount of harm to those around you. 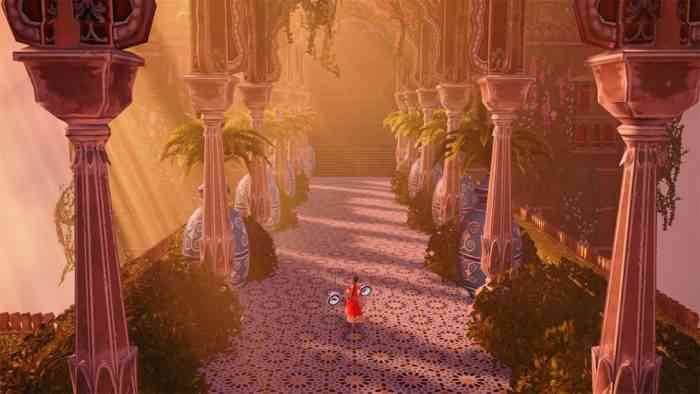 As Raji is an acrobat, not only can she dodge, jump and flip away from enemy attacks, she can use the environment to perform summersaults to evade or strike from above. Once your foe has been beaten to a pulp, its time to perform a special finish, which is accompanied by the patented slow-motion sequence and rewards you with the much needed health boost.

Traversing the magnificent architecture is the highlight of the game. When the camera pans across the complex platforms to indicate the path to the top of a structure, it evokes feelings of Prince of Persia: Sands of Time. Balancing on columns, running across walls and jumping across huge gaps is a joy in Raji: An Ancient Epic. It recalls staples of a forgotten genre but could have ironed out a few of the issues that plagued the classics. Similar to those that came before, judging where to jump can be a little tricky and as result, every so often you will pummel to your death rather than making that heroic jump to safety. Luckily, checkpoints are extremely generous meaning you’ll only need to redo short sections if you don’t make the landing.

Not only do you have to plot your way from platform to platform, you also have to workout the puzzles that are present throughout your journey. At times you are manipulating tiles to form an image and other times maneuvering cogs to ensure the mechanics to bridges are correct. Although these are relatively simple, they are a welcome addition and add variety to the game. 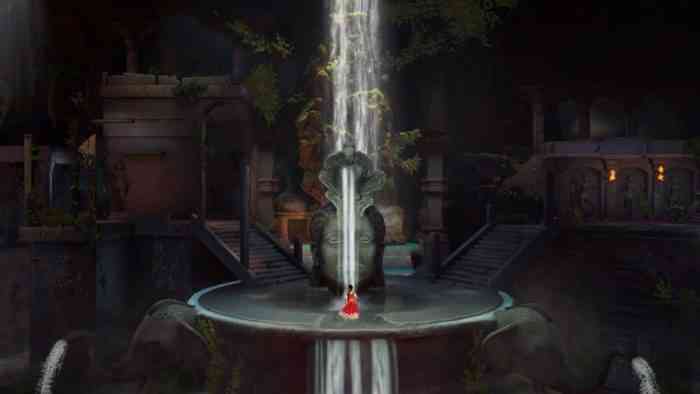 The beautiful, Eastern sound design adds authenticity to the game. From sitars to tablas, the audio is an Indian feast for the ears and truly immerses you in the world created. The inclusion of Vishnu and Durga narrating Raji’s journey is sublime and adds character to the Gods.

Visually, the game is stunning. With jaw-dropping vistas and an incredible setting, Raji’s unique world is one that is worth exploring. While you investigate hidden paths, you will discover orbs you can use to upgrade your abilities in the skill tree. Unfortunately, the environment is indestructible which means the only items to find are visible. Performance on the Switch is not so great. The framerate regularly drops but not to the point where it stifles your enjoyment, however, I imagine that this will run perfectly when it releases on the Xbox and Playstation.

Raji: An Ancient Epic is an incredible adventure that carries the soul of the famed Prince of Persia. Although there are some technical issues, its intriguing narrative, immense world and core gameplay will keep you hooked.