Razer Does It Again

My journey to find an over-the-ear headset that doesn’t make my melon feel like it’s being pressed in a vice has been an arduous one. As a person that often wears glasses, I routinely find myself having to call an audible within the first hour of gaming sessions to switch over to earbuds. It’s frustrating. For years I’ve looked for a headset that not only features large, comfortable cushions but sounds excellent and looks stylish to boot. Sure, developers have made a countless number of claims promising their “latest and greatest” equipment to set a new bar in consumer satisfaction. But, I’m somebody that time and time again, has been left disappointed. 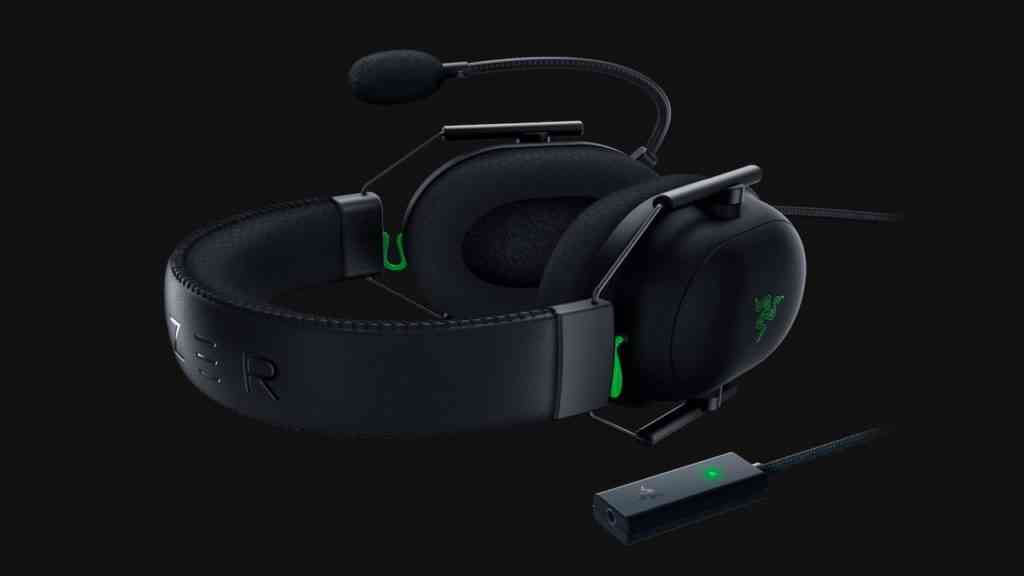 That all changed with the Razer Blackshark V2. Exquisite audio quality aside, I’ve finally found what I’ve been looking for – a headset that can be worn effortlessly, for hours on end, even with a pair of glasses. Razer’s latest budget-friendly headset has completely reinvigorated my love of over-the-ear audio, and I couldn’t be more excited for my next thousand hours of playtime because of it.

The V2s sound terrific. Utilizing THX Spatial Audio, there’s a clear, concise emphasis on bass, and the highs and lows work wonderfully for listening to music. Things like gunfire ringing off in the distance, waves crashing on a beach, or the whisper of your companion wash over you to create crisp audio bliss. The V2s do a superb job of isolating audio direction and delivering a full, rich, and luscious experience. The included USB soundcard is incredibly straightforward to set up. Once plugged in, Razer Synapse will install, and you’re good to go. The software will allow you to customize and fine-tune the V2 to your preferences, though I found the settings to be relatively accurate upon launch. And while there isn’t any active-noise cancellation going on, you’d be hard-pressed to hear anything other than the sounds of your game. A huge plus if you do a lot of traveling or have a noisy home. 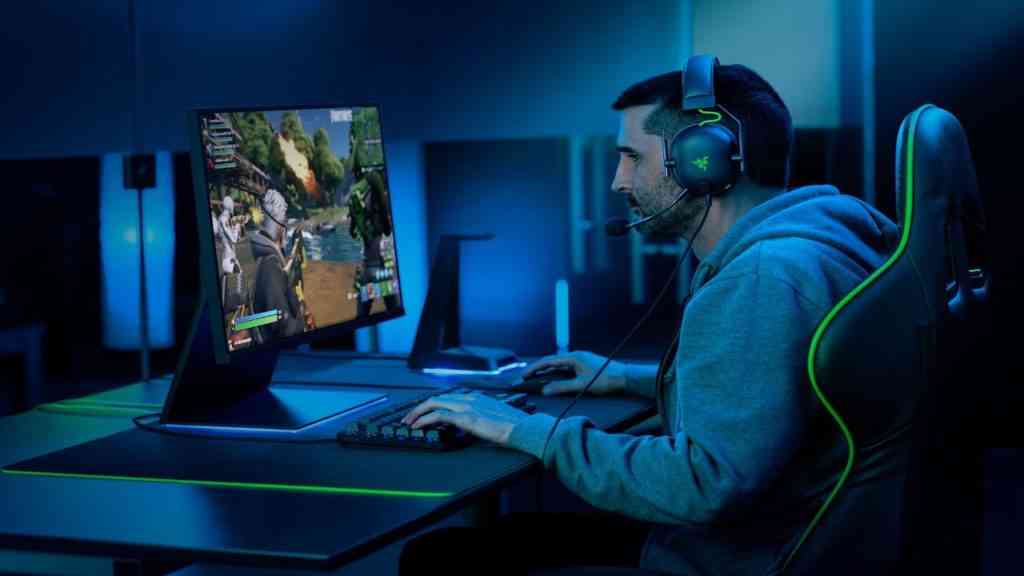 One thing that kills my love of over-the-ear headsets that are primarily developed for gaming would be that much of the time, they end up looking gaudy. The Color Block LVL 40 from Nintendo is a perfect example of this. But, the V2’s are beautiful. Combining a low-profile black plastic with Razer’s signature green accents, this a headset that you won’t be embarrassed to pull out in public. And with a detachable microphone, you won’t need to worry about a goofy aesthetic. The metal wiring that connects the headband to the earpieces does look like it’ll fall apart, but in my rigorous testing, everything held up flawlessly.

It was also a brilliant move on Razer’s part to make the USB sound card removable. Doing so opens up a 3.5mm jack that will allow you to use the V2s with anything that shares the same connection. As a PlayStation 4 headset, they match the excellent ‘Sony Gold’ over-the-ear model in every way, even going as far as outdoing their competition in comfortability. 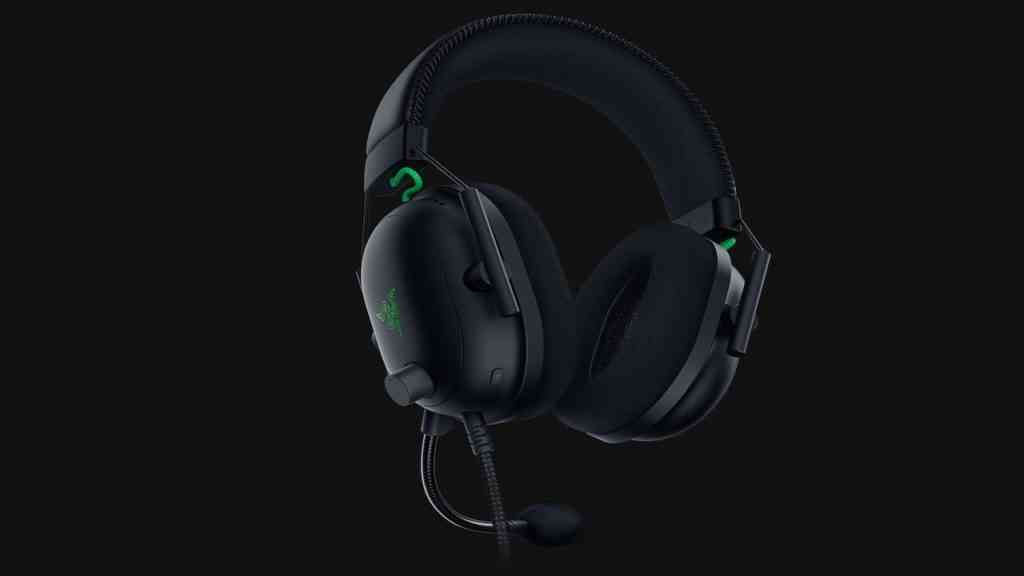 Although, the same high praise can’t be given to the microphone. It’s adequate for your leisurely Sunday skirmishes with the boys. But if you’re looking to use the V2s to record audio in any way, you’ll more than likely end up left wanting more. There’s a noticeable lack of bass being picked up in the vocal tracks, and words ring out as if they’re bouncing around the inside of a tin can. Synapse allows you to adjust settings to clean stuff up a bit, but I was never able to get the mic to the caliber needed to record, for example, a podcast.

The Razer Blackshark V2s have been a dream come true. Razer was able to combine everything I’ve been looking for in an over-the-ear headset, rolling it all into an affordable package. The V2s are beautiful, being bold enough to stand out, but low-key enough to spare the user of any self-consciousness. Don’t worry; you won’t be walking around feeling like you have a giant, wonky contraption on your head. And they’re supremely comfortable to use with a pair of glasses – something I’ve searched a long time for.

On top of that, the audio is of the signature Razer quality that you’ve come to expect from the 22-year-old hardware manufacturer. Sure, the microphone could have been better, and not having a detachable cord has already made for some heart-pounding situations. But those are small gripes with an otherwise phenomenal headset. 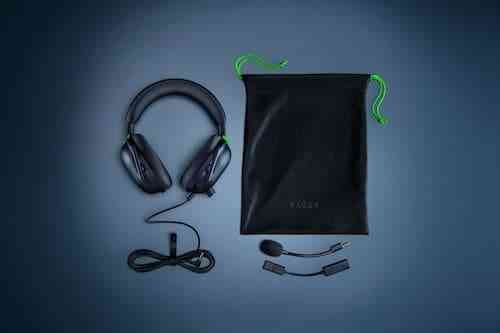 Call of Duty Pro Crimsix Has Officially Announced His Retirement
Next Raji: An Ancient Epic Review – Harnessing the Power of the Gods
Previous Control: AWE Review – So Good, It’s Scary