A Fantastic Headset for the Price

PDP Gaming may be on to something here with their new line of “LVL” headsets. I received what they’ve dubbed as the Color Block LVL40 Wired Stereo Headset, featuring 40mm Neodymium Drivers, ear cups with cushions made of breathable mesh, and a bi-directional noise-canceling microphone with passive noise filter. And being licensed by Nintendo specifically for the Switch, the LVL40, of course, has to use a 3.5mm jack. That’s a mouthful, I know, but what it all equates to is actually a pretty damn good headset. Don’t let the $29.99 price tag fool you into thinking these won’t get the job done – they will, just as long as you don’t care too about mic quality. 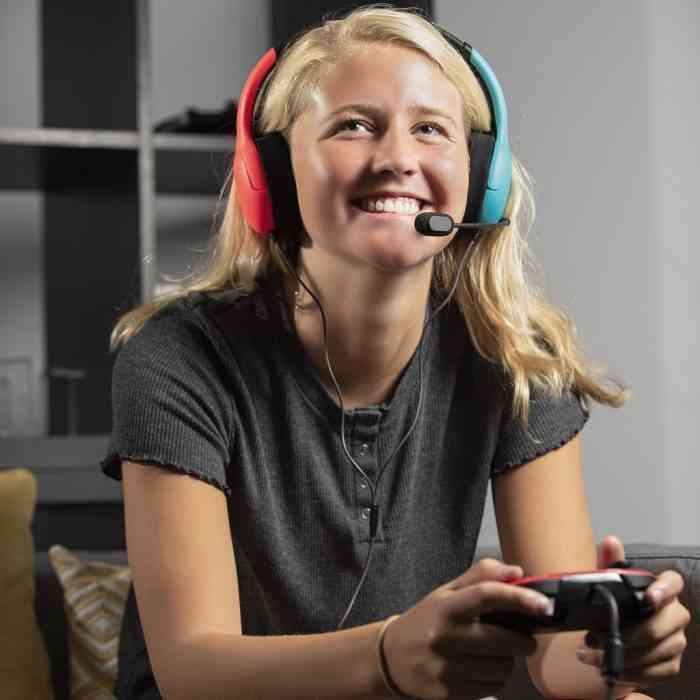 First and foremost, the LVL40 sounds fantastic. Bass sounds deep and rich, thanks to the previously mentioned 40mm Neodymium Drivers. The driver is the element that converts an electrical signal into sound, and these ones are made of a Neodymium magnet. This will provide the headset with a more efficient bass response and better overall sound quality, and that rings true with everything I put these headphones to the test with. Gunshots thumped as they should, the clashing of steel clanged with incredible clarity, and, to my pleasant surprise, this was the best headset I’ve used to listen to music with on the Switch. I plugged these into my PS4 controller to listen to Red Dead through them, and I must say, the game never sounded as good.

The build quality is also surprisingly high for such a cost-effective headset. The headband pad is soft enough to provide you with hours of comfort, and the ear cups are cushions that are nice and breathable, but good luck if you wear glasses. The cups themselves are rather small, and I found that after only 10 to 15 minutes of use while wearing glasses, my ears would start to hurt. I know this is a common problem amongst over-the-ear headsets, but I found the issue to be particularly painful here, and wouldn’t recommend these to anyone that struggles with this.

But if you don’t wear glasses, these headphones remain comfortable for hours. I was able to keep them on without really noticing them for at least 60 minutes, but inevitably, they do become sweaty after prolonged use. I don’t think you can really avoid this – I haven’t found a headset yet that remains dry through hours of play. Overall, the LVL40 holds up and would work well with any sort of streamer that’s used to long play sessions. The headband itself slides up and down with ease, to accommodate a varying degree of head sizes, and things feel sturdy as if they’ll hold up after years of use. 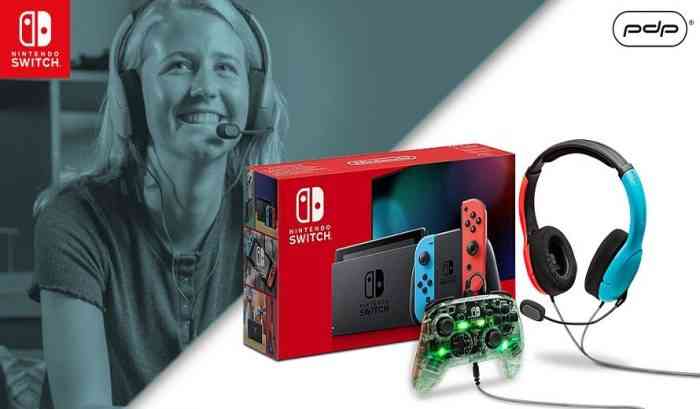 There’s one other area this headset can’t keep up in, and that’s microphone quality. I used the LVL40 to record the latest episode of the COGconnected podcast, and I was pretty surprised at how bad I sounded upon hearing the finished product. Everything sounded as if I was talking through a phone – hollow and lacking clarity. I was expecting the quality of the microphone to be better given how much I was enjoying the headphones, but for anyone looking for a headset that holds up in mic quality, you’ll need to look elsewhere. Luckily, if you’re using these for your Nintendo Switch as intended, there aren’t too many games that even support voice chat.

The last thing I would say about these, and I know this really comes down to a matter of personal opinion, but I find the neon colors to be completely gaudy on the headset. I initially thought I’d like the color scheme as I’m a big fan of the colors when applied to the joy-cons, but on a pair of over-the-ear headphones, it just looks loud and obnoxious. The fact that you can’t remove the microphone doesn’t help with the look either, so it’d be nice to see some more traditional grey/black colors added to the lineup. They have these colors in use with their Xbox One version of the LVL40s, making me think it can’t be too difficult to get some other colors going.

Once again, I was surprised at how much I enjoyed these headphones. The sound quality is more than most people would ever need, with only the most hardcore audiophiles, I imagine, being able to pick out where the headset lacks. If you’re looking for a headset with a quality microphone, however, steer clear of this, because as happy as I was with how the headphones sounded, I was equally disappointed with the mic. PDP Gaming also recently released its LVL50 headset, which comes completely wireless, whereas the LVL40 utilizes a 3.5mm jack. I do always appreciate the simplicity of something that’s plug-n-play. Either way, for 30 bucks, you really can’t go wrong here. 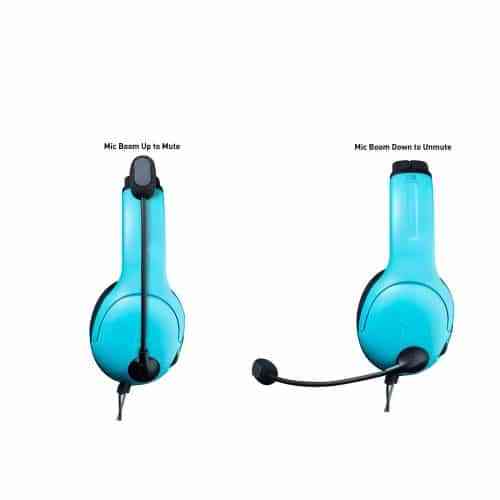 Genshin Impact Devs Tease What to Expect From Next Update
Next The Dark Crystal: Age of Resistance Tactics Review – Resist If You Must
Previous Zombie Army 4: Dead War Review – B Movie Perfection