Immortal Realms: Vampires Wars is a turn-based strategy game by the debuting Swedish studio, Palindrome Interactive. Fans of the old Heroes of Might and Magic series (rest in peace) will feel right at home with this game with its grid-based combat, unique factions, and the sweet mix of city development, exploration, and RPG. Immortal Realms actually bring a lot of things up to date with the old formula though, and I was thoroughly impressed with how they handled the balancing of the game. Unfortunately, this fantastic foundation fails to reach its full potential due to a lack of content, however, I think there are gamers out there who may absolutely love what this game has to offer.

The meat of Immortal Realms lays within its campaign mode, in which you explore the stories of three powerful vampire families as they struggle to maintain power over their realm. Here, you will get to experiment with each faction’s playstyle, as you build up your cities, train units and battle your enemies.

The gameplay might sound a bit complicated, but it is pretty simple in practice. While you are not in battle, you can move your generals around the world map as you discover new areas or develop your own territories. Since you have such limited action points and resources the game does a good job of testing out your decision-making abilities. This gets more confounded as you have to decide and plan on how you level up your lords and faction tree. It’s one of those games where making the right choice every time is almost impossible, but that also creates a huge room for player expression. 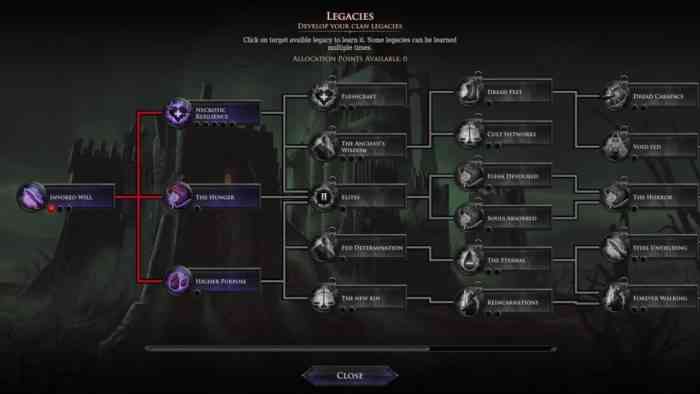 When you run into an opposing army, you will be brought into a separate game where you fight it out on a grid, which feels a lot like a board game. The way you play can completely shift by the compositions of both armies and the randomized map layout that is generated by which area of the world map you initiated the combat in.

Compared to its predecessor of Might and Magic, Immortal Realms fixes a lot of the broken mechanics that bogged them down. One of the biggest difference for me was the elimination of stacking units. In many turn-based strategy games, once a player starts winning, it becomes impossible to fight them because they just roll their entire army into a single unstoppable deathball. The fact that Immortal Realms limits your army size means that your composition and strategy are more important than just the sheer size of it. Eliminating random factors such as crit and damage spread also does wonders of letting skill shine through, which I think is a good thing.

Furthermore, units feature powerful traits that require you to play smartly to gain full advantage of them. Such things as flanker, rewards you for surrounding your opponents, and blood drinker rewards your units with a huge health spike when they deliver a killing blow. These abilities are so powerful, getting them to trigger can single-handedly turn the tide of battle.

The only big thing that is holding this game back right now is the amount of content it holds, the biggest of which is the lack of multiplayer. The even more disappointing fact is that there are no plans to develop it either. Believe me, I have no problem with singleplayer focused titles, but it’s rough for a strategy game not to have one. The thing is, the AI in the game isn’t bad, but that doesn’t mean it’s an expert-level player either. For someone like myself with a decent amount of experience, once I had a full army, nothing really posed a threat anymore. That meant I found the start of each scenario pretty interesting, but eventually, at around the middle, it just got boring. These could have been fixed if their other game modes were more robust, but unfortunately, both the sandbox and skirmish modes are pretty shallow. 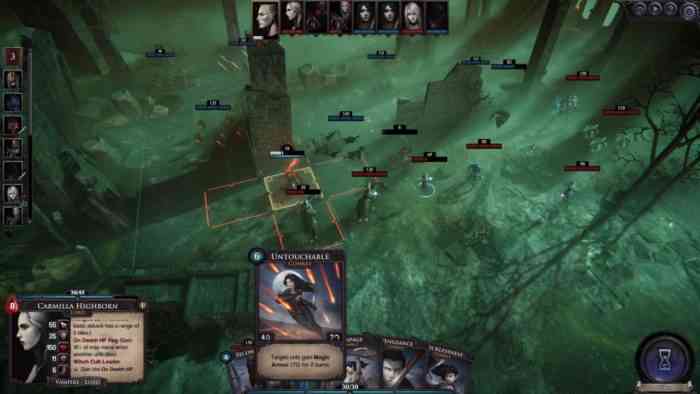 Perhaps I wouldn’t have much problem if the story was better. Don’t get me wrong, it isn’t a bad story, it’s just nothing to write home about. It’s a vampire story about powerful families, nothing new, and if you’ve are a fan of fantasy, you probably could already guess most of the story. The voice acting is average while the cutscenes and character models are quite subpar.

It also doesn’t help that the three factions are different types of vampires. Thankfully, they all play completely differently—Dracul are your standard vampire lords, Nosfernus are master of monstrosities, and Moroia are the sexy ones who use magic and elegance. However, it still doesn’t take away the fact that they are all undead, both thematically and story-wise. 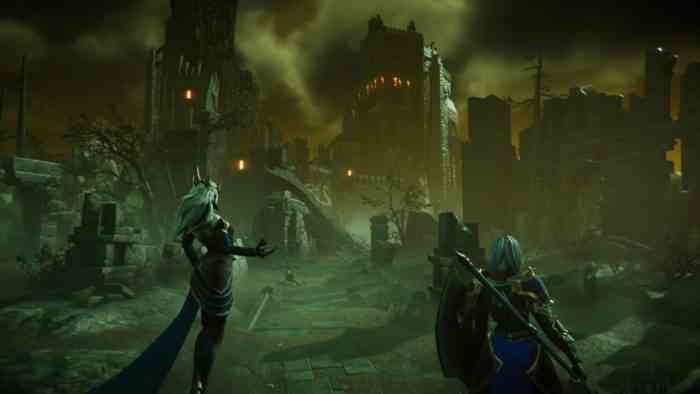 The thing that really bums me out about all this is that there doesn’t seem to be any real plans to release any sort of major DLCs for the game modes or different factions. It isn’t often I see a game that is let down by a lack of ambition. They have such a great foundation, and I think if they had put more time in developing more content, or promised ongoing support, this game could have been the next Heroes of Might and Magic.

So, would I recommend Immortal Realms: Vampire Wars? Not at full price, I’m afraid. But if you’ve been craving for some Might and Magic, it may be worth your dime. 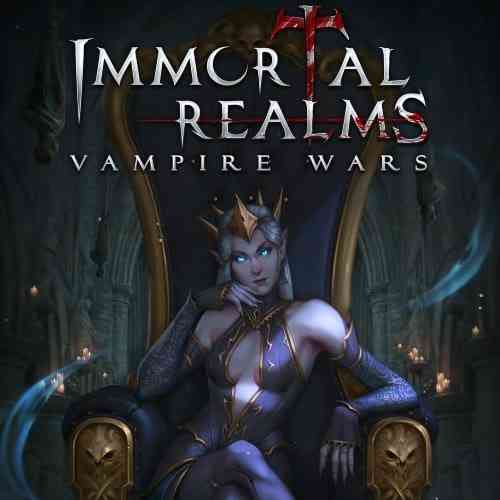 
The Unliving Has the Potential to be an Undeadly Good Time

Warhammer 40k Darktide’s Beta Progress Will Carry Over To Release
Next Turtle Beach Stealth 600 Gen 2 Review – Another Generation of Audio Greatness
Previous Raji: An Ancient Epic Review – Harnessing the Power of the Gods