Rain World is a treatise on cruelty. You play a tiny white cat-slug trying to reunite with your lost family. Along the way, you will be murdered over and over again by slug monsters, mimics, and the rain. The game perfectly captures the sense of frailty felt by a water-soluble animal in a horrific wasteland. Unfortunately, this feeling interferes with one’s ability to play the game.

This game is beautiful. Your slinky white avatar moves just as you would hope, which is impressive given this animal doesn’t exist. The environments are waterlogged and coated with grime. The monsters are vibrant and suffused with poisoned grace. Even the tiny critters you feast on for sustenance come off as distinct. When it rains, the torrential waters take over the whole screen, lending credence to the title. Rain World’s beauty saddens me more so because the game is so unpleasant to actually play.

“The monsters are vibrant and suffused with poisoned grace”

You learn how Rain World works in two ways. First, pictographs flash in the corners giving clues. Sometimes these images are paired with a tiny line of text to decipher. Second, you die. Over and over, Slugcat’s life is snuffed out. Each time you’re eaten or strangled or drowned, you’re taught of the cruelty this world represents. Death can be a great teacher in games, but Rain World doesn’t often impart many lessons. Most of the time I just felt empty. A part of this was rooted in the small number of checkpoints I found. Sometimes I felt defeated by the map itself, how my brain just refused to absorb the sequence of rooms and how they connected with one another. The primary source of my suffering was the rain. You cannot escape this weather. No matter how deep you go or where you hide, the rain will find you. Either the rainfall will ramp up until you’re dissolved by the onslaught, or the resulting flooding will drown you. There was no pattern I could discern, although you do see a few telltale drops coming down beforehand. Still, if you’re anywhere near it when the rain starts coming for real, you’re dead. I tried hiding three levels down, in the pipes between sections, in adjacent sections of the stage. Nothing works. This mechanic really hammers home how stacked the deck is against you. Again, this isn’t an enjoyable experience, simply a well-crafted one. Rain World looks and feels good, which is a sharp contrast against the misery this game can inflict.

Getting your Slugcat around this world is hard. I took a while to gel with the controls, a lot longer than I would have expected from a game like this. Your jumps are crazy weak, which makes sense for an animal with no back legs. Still, you can zip through tiny pipes and holes fast enough. You have no moves or defenses against the monsters that stalk the world. It’s either escape or die. You can pick up and throw objects like spears or rocks, but these are tools ill-suited for combat. A single wrong move will lead you into the jaws of these neon horrors. As an added insult, you can watch your assailant drag your body around the level after you’ve been killed. I appreciate the elevated sense of tension this weakness creates, but I was still disheartened by the overall difficulty level. 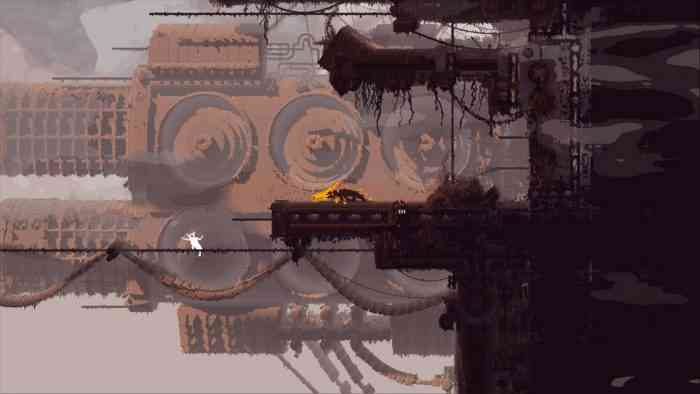 Each area is both beautiful and unremarkable. I was struck by the level of detail present in each stage, yet every area still blended together. This made navigation difficult without constantly consulting the world map. Each time you’re killed, the map also rolls back. This makes sense, but it meant I had to relearn the maps every time. No matter how many passes I made through a given area, I couldn’t place it in the larger map in my head. For whatever reason, the levels didn’t stand out to me enough to memorize them. This problem was exacerbated by the pipes, your primary mode of transit which made secondary and tertiary paths into the same room. I would enter a passage for what I thought was the first time, only to be led to a room I had already been to. These extra paths made it harder than it needed to be to find new areas.

I haven’t finished Rain World at the time of this review. I likely never will. I spent three days trapped at the game’s first checkpoint! Every session of exploration or practice just ended in my tiny body being dragged away by some beast. Afterward, I awoke in the same spot I had so many times before. It was a draining cycle to endure. Eventually, I did advance further into the game but that sense of weakness never went away. By the end of my time with Rain World, I no longer found the Slugcat cute or endearing. He was a cruel joke, a mistake the entire world worked tirelessly to correct. A prey animal destined to melt in the jaws of a monsoon. Perhaps with time and tolerance, more dedicated gamers than me will finish this title. Some other kind souls will find the patience to guide this missing link and their kin to salvation. Make no mistake, this is a beautiful world. Just know that it is also a merciless one. 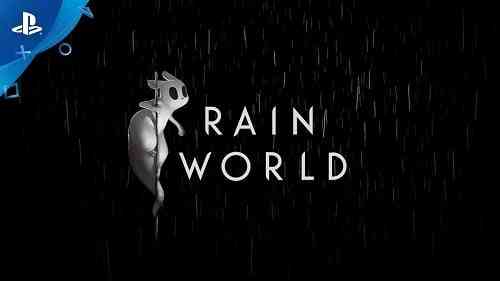