A big, empty old mansion sitting forlornly at the end of a lonely lane. Cold, Autumn weather and rainy storms. Grey statues of creepy naked people. Yup, Pineview Drive brings all the standard ingredients for a horror adventure to the PS4 after haunting Steam for 3 years. And it’s definitely not a bad game. It has atmosphere galore and there are some genuinely spooky moments to be had; but the basic gameplay is just too tedious and repetitive to call it great.

Let’s start off by saying Pineview Drive doesn’t make a strong first impression visually. Graphics are not horrible but they clearly aren’t latest-gen, and not up to the standard one normally expects from a PS4 title in 2017. The framerate is also a bit low at times, and things get choppy when you pan side-to-side or just move quickly. Objects are passable but lack detail up-close; overall, Pineview Drive has a bit of an unpolished feel that betrays its age and Indie roots.

“Pineview Drive has a bit of an unpolished feel that betrays its age and Indie roots.”

Story-wise, things start off roughly too. You open with a cut-scene of sorts, where you are chasing a girl in a forest, but it’s hard to make out what’s going on. Then, you arrive at “Pineview Drive,” which is apparently the name of the house as well as the street it’s on for some reason. A male Protagonist explains that you have to find out what happened to “Linda” 20 years ago. Who Linda is, we aren’t told – is she our sister? Our Wife? The crooked realtor who stuck us with this old dilapidated mansion? Don’t question the flimsy narrative set-up, just get inside and let’s get to the scarin’.

But not so fast, city-slicker. To get inside and start “finding clues,” you’ll need to find the key. That brings us to the game’s core gameplay experience: searching for keys and opening doors. Basically, Pineview Drive is a hunt for keys. An ENDLESS hunt for keys, each of which is unique and opens one unique door. You roam around the house, looking for the keys, trying them on doors, and making your way further and further. If you find the right key to open the right door, you will find one of a series of diary pages (those are the clues) that elaborate more and more of the story of what happened to Linda (she is your wife, you find out later). The securing of each page also acts as the end of that “day,” which is the game’s equivalent to Chapters. 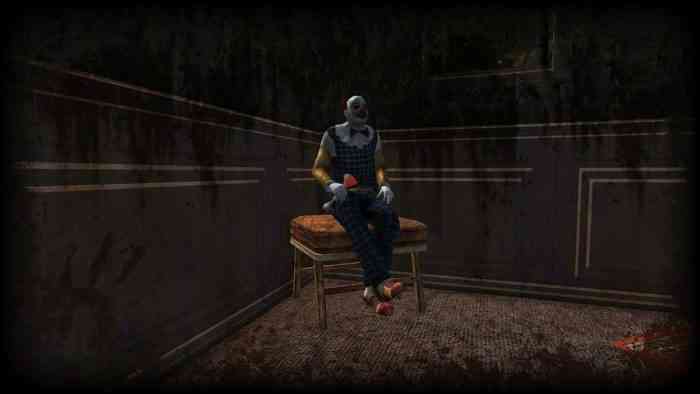 And that’s basically the game. You walk around Pineview Drive mansion, finding and picking up keys, and trying doors. Luckily, the game keeps track of what key fits into what door – Good Lord, if you had to go into an inventory and match the keys manually, it would be downright unplayable. But your search takes you all through the house’s many rooms, finding a key here, trying it somewhere else, and then backtracking.

… And backtracking. And backtracking some more. What starts off as a mildly amusing puzzler of sorts becomes, after a few “days” (roughly 1-2 hours of gameplay) a monotonous chore, a seemingly interminable process of searching dark rooms and hallways for those damned keys. And once you find the right one, open the blessed door and find that diary page, you get rewarded with … another day in that place. Sigh. Oh, and there are thirty days. Thirty. I was starting to grow weary after five, but waking up a twentieth, and having to get back on the key-finding chain-gang had me envying Sisyphus himself.

Now, I haven’t mentioned the horror aspects yet, and this a horror game after all. In this aspect, I am happy to report that Pineview Drive is indeed pretty darn scary at times. First off, because of that creepy Airbnb-from-Hell you’re forced to stay in. It’s very big, very old, and very dark. The lights do work (for the first little while anyway), and you are free to turn them on as you enter each room, but they are weak and I found they just cast an even more creepy glow on the room. I will admit that exploring that mansion, especially in the first few days, had me suitably freaked out at times, and a chill even ran up my spine on a few occasions. Pineview Drive definitely has the horror atmosphere down, complete with random noises, creaky floorboards, and odd Victorian portraits on the wall (which may have been Linda and her family, but in hindsight, were probably just Public-Domain images).

“I was starting to grow weary after five days; but waking up a twentieth, and having to get back on the key-finding chain-gang had me envying Sisyphus himself.”

But even the measure of horrifying fun to be had in Pineview Drive dissipates after a few days of key-searching. First of all, the scary noises that made you jump at first, you quickly learn to disregard since they are just repetitive “background noise” on a loop, and are unrelated to what is actually happening. And after you have walked through the entire house many, many times, you become desensitized to your surroundings; unlike some great horror titles (like the recent Layers of Fear), the rooms and hallways don’t offer much new from chapter to chapter, so you know there is no surprise awaiting you when you open the door for the umpteenth time. Honestly, by around the 8th day, I had settled into a fast, efficient pattern of searching the rooms for keys, moving through them in order at a brisk pace, mostly unconcerned with whatever noises I heard – excuse me, ghosts, I’m sure you’re very scary but I am in a bit of a hurry here… 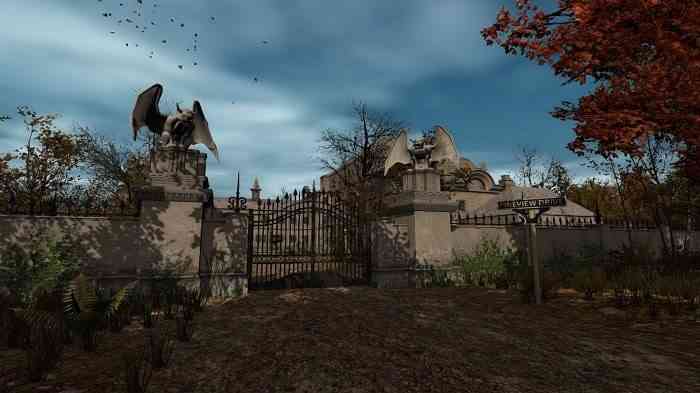 In fairness, Pineview Drive does try to mix things up with the odd extra scare from time to time. I won’t spoil anything, but you do get some “surprise visits” and there are some mild twists to the game. You also open up more and more of the house each day, so at least as you’re backtracking, you get to walk though the odd new room once in a while. The story also takes you to some new locations and gives you a climactic (but also frustrating) ending. But the added elements are just too few and far in between to save the experience; I felt like it could use a real scare as you played, like a killer stalking you through the house in the style of Resident Evil 7, or some other elements to sustain the tension as you collected your keys. Unfortunately, what starts as fear in Pineview Drive slowly gives way to a kind of uncomfortable boredom.

As I mentioned earlier, Pineview Drive is not the worst game I have played, and I had some genuine, frightening fun with it at times. The basic environment – that awful, old house – offers a solid butt-clenching experience that is worth a look if you like the genre. But the gameplay is just too one-dimensional, the story is just too thin, and the whole thing grows tiresome after not too long. And that $40 price tag is positively scary for what should probably be more like a $20 or $30 game. If you are really a big fan of horror games, by all means check out Pineview Drive, but otherwise, stick to Resident Evil 7 or Layers of Fear. 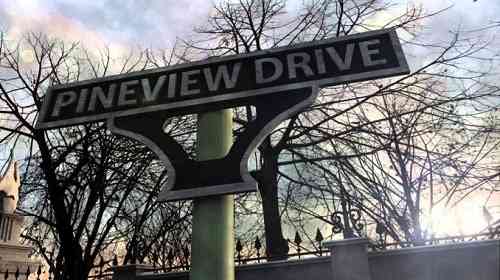