If I had to identify the section of gaming I was the worst at, it would have to be pinball. It wasn’t for a lack of trying, but other than the World Cup ’94 table, I had zero luck at it but that doesn’t mean I didn’t like it. So what’s a guy to do? It’s tough enough these days to even find a pinball table in the wild. It’s probably a good thing then that Zen Studios has been offering up players like me a chance to be terrible at pinball in the privacy of their own home for 10 years now. Their latest, Pinball FX3, has now come to the Nintendo Switch with some console specific features. Without fear of being laughed out of the arcade, let’s take a look at the latest in virtual pinball.

One of the bigger selling points with the Switch is its versatility in the ways players can game. Pinball FX3 makes the absolute most out of that versatility. Besides docked and handheld, players can also take advantage of the touchscreen in tablet mode. If that isn’t enough, the screen can also be turned vertically as well. If you wanted to play vertically with the Joy Con still attached that’s possible too, although I’m not sure why you’d want to do that, but you could! Screen orientation isn’t the only great feature here either. The HD Rumble offers some delightful feedback that gives players the feeling of a real table buzzing and whirring in their hands. I even found that while using the split Joy Cons my hands naturally went out to the sides like they would on a physical pinball table.

“Every table is its own RPG.”

So that’s some of the Switch specific traits, but what’s new in Pinball FX3 from the previous version? Every table is its own RPG. Players can unlock bonuses to areas like skill shots, combo time and distance. Some tables are suited more to different sets of bonuses than others, so a wide selection of benefits comes into play. There are also wizard powers that can be activated for short boosts. If there were any drawbacks here it’s that the wizard power activation is right next to the button that changes the views. That’s the only issue with the Joy Con’s being so small, it would be nice if the views couldn’t be changed by accident so easily.

Continuing with the RPG theme, players now have their own levels. Leveling up unlocks some borders to put up on your player icon. Nothing major here, but just another way to help keep track of your overall progress as a player besides wizard score. Another way to track progression but on specific tables is through challenges. If you think you’ve mastered a table, challenges get you thinking of different ways to play: 1-ball, 5 Minute and Survival Mode. I found these to be a fun addition that help break up any potential monotony with some new offerings. 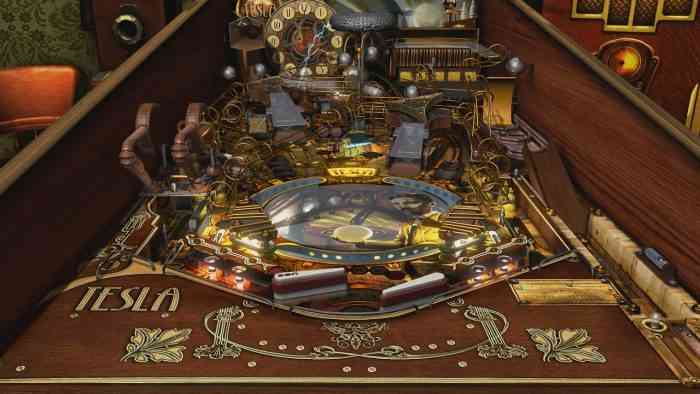 A few years back after picking up Pinball FX2 I noticed there was one feature that never seemed to be available when I played, tournaments. It was there, but there were never any seemingly going on. With Pinball FX3 players can now start their own tournaments and set them up how they see fit. That hopefully should ensure that no matter how long into the life cycle Pinball FX3 gets there should still be tournaments to join. While I might not win anytime soon, it’s good to know that by the time I do master some of these tables enough to truly compete, they will still be around.

For those looking to play online there are options for that too. This includes cross-play with players on most other systems. Pinball FX3 touts advanced matchmaking based on skill level that applies across the board from friendlies to league play. I have no idea what the formula entails, but suffice it to say, unless you are a pinball wizards the odds of getting matched up against one unlikely.

“Pinball FX3 takes the groundwork laid by its predecessors and continues to raise the bar.”

Last but not least let’s talk tables. At launch there are a total of 30 available (1 free, Sorcerer’s Lair). It looks like most, if not all the Zen Studio tables are present, including the much beloved Epic Quest. Along with those tables there are also Universal Classics, Aliens vs Pinball, Balls of Glory, Portal and The Walking Dead. While I’m fairly certain these have all been out for different versions before they are still as good as ever.

Pinball FX3 takes the groundwork laid by its predecessors and continues to raise the bar. The way it utilizes the many different ways to play the Switch is utterly fantastic. Not only is the utilization of the modes great, but I didn’t encounter a single performance issue in any configuration either. New modes and the table specific RPG like progression system will keep players coming back for more for a long time. This is a multi-ball jackpot of a game if I ever saw one. There is little to find fault with here. If you haven’t ever experienced Zen Studios pinball games before you need to now. To top things off, the Switch edition genuinely feels like the best way to experience Pinball FX3. 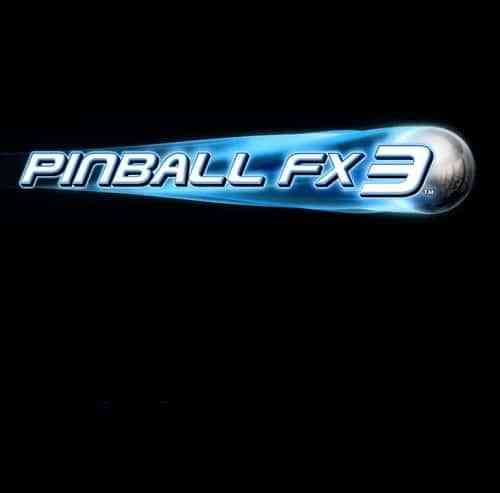 Pinball FX3: Bethesda Pinball Review – The Best Way to Recover From an Arrow to the Knee
Next 12 Is Better Than 6: The Apostles DLC Review – A Hilarious Trek Across The Border
Previous Logitech G613 Wireless Gaming Keyboard Review – Cutting The Cord in Style