Zombie Rollerz: Pinball Heroes takes place in a world where humans have been infected with the zombie plague. A kooky digital pinball game with little demand for skills, it is a roguelike game with elements of tower defense. Button-mashing is certainly a way you could attempt this, but strategizing will undoubtedly take you further in your adventure. Completely stress-free with colorful visuals, anyone can pick this up and learn the rules in no time. Unless you’re a parent against children blasting zombies to smithereens, kids will enjoy this too. Zombies and pinball may be hard to visualize, but trust me, it works.

At the beginning of each game, players can choose a hero and difficulty level. When you’re playing for the first few times, there is only one hero and one difficulty setting to choose from. What do I mean by “the first few times”? In Zombie Rollerz, death is unavoidable. And no, it’s not as stressful as it sounds. Once you meet the requirements and have proved your worth playing the normal level, then you will unlock more choices. There is a good variety of protagonists and each one has a different attribute. As you level up, you get to improve the hero’s skills or attain a new ability. There are also lots of collectibles that you will randomly receive and these will aid your hero on their journey.

No Two Playthroughs are the Same

Each time you start a new game of Zombie Rollerz, the paths taken and battles fought will be different. This is because maps are randomly generated and no two games are the same. However, the main objective of killing zombies remains unchanged. The zombie plague advances behind your footsteps with each day that passes. Your HP depletes with each infested step you take. Potions can heal you, but these are randomly scattered and there’s a chance you won’t see one right away.

Multiple forks in the road are blocked by piles of wood, zombies, and puzzles that need to be cleared. Some obstacles require special items to get past, while others may allow you to pay with your HP. There is a good variety of collectibles and sometimes you are given a choice between multiple options. It is fun to decide what you want to pick because you never know what is coming next. 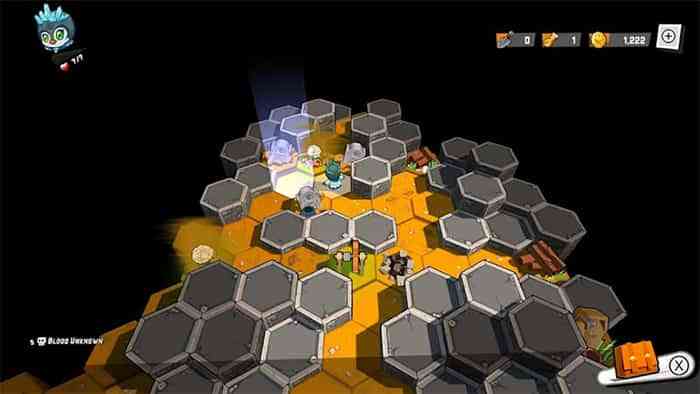 Some strategy is required when making decisions for your hero. Since the zombie plague advances with each passing day, you will have to find a balance between shopping and fighting battles. For instance, praying doesn’t take an entire day, so it would be wise to visit the shrine before attempting a battle. It’s always a good idea to visit certain pop-up shops and camps where you can upgrade powers, enhance your skills, and purchase items. If you skip over them and decide to go back later, there’s a chance the plague has caught up. If you choose to attempt a zombie fight or play pinball to earn loot, this could take up to an entire “day” of your adventure. Be wise with your decision, and hope the randomized maps work in your favour.

Zombie battles are where you can put your pinball skills to the test. The game isn’t called Zombie Rollerz for nothing. You can shoot your ball directly at them or even slap some with your flippers. Some zombies will be sent flying backwards but others may explode upon touch. As much as I wanted to rely on button-mashing, it’s a much better idea to aim and think about your next move. Once you progress in the map and level up, you will pick up random special abilities that allow you to kill zombies in more creative ways. 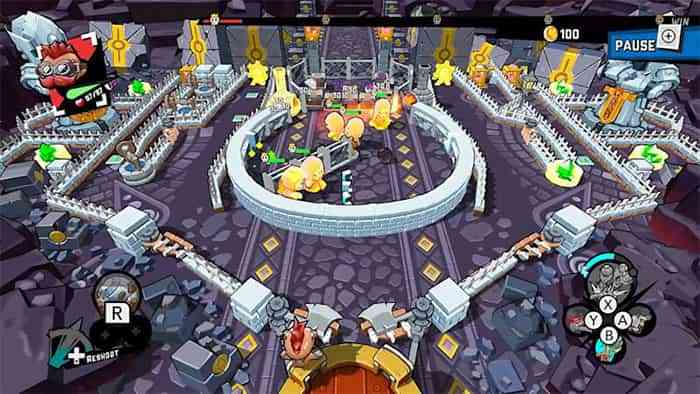 Battles aren’t just about smashing zombies but also about finding hidden treasure as well. There are secret treasure troves in the playing field that contain lots of extra goodies. To gain access to this mystery location, you will need to send your ball directly into a shiny box. This will then bring you to a different field filled with coins, hearts, and other miscellaneous loot. Sometimes an unlocking mechanism is required to gain access to this wonderful place, so it’s not always straightforward. There is a time limit on how long you can stay in this area, so don’t dilly-dally and think you have all day. Fill your inventory with whatever you can until the time is up (or your ball falls in between the flippers), as you will be sent back to the battlefield swiftly afterwards.

You will die once your HP hits zero. To add salt to your wounds, when you die you lose everything. You can say goodbye to all your hard-earned collectibles and paid-off upgrades. It is a sad feeling knowing that everything you worked for has disappeared, but earning the upgrades back is fairly quick. In fact, it can be exciting because you might learn a move you’ve never seen in previous playthroughs. Zombie Rollerz has excellent replayability like that, so restarting the entire game isn’t a complete loss. However, this does require players to adapt to new situations because every game is randomly generated. It may take a while to reach the finish line if you’re relying solely on lady luck. 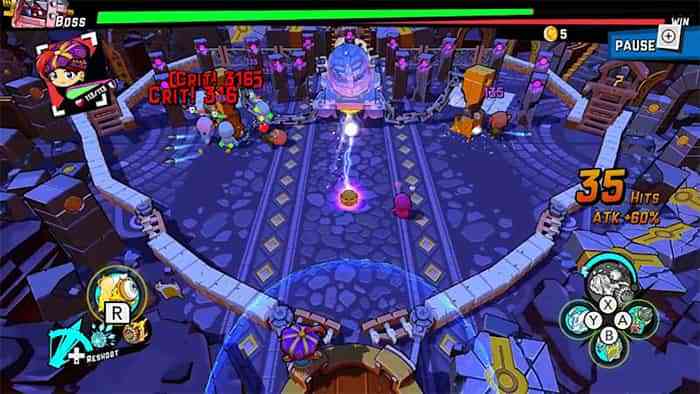 The game becomes more challenging as each battle goes on, and health doesn’t regenerate automatically. Potions are hard to come by and the zombies only get stronger. As terrifying as this may sound, death is sometimes the only outcome in an unlucky game. Luckily, once you gain experience and understand how the world works, you will find that Zombie Rollerz provides a fair challenge. If you are halfheartedly playing the game, you won’t get very far. Yes, the gameplay is intuitive and the physics are convincing, but you still have to put in the effort to do well.

Zombie Rollerz: Pinball Heroes is a stress-free experience with enough challenge to give you an adrenaline rush. It is super easy to shoot pinballs, target meteors, and throw axes at zombies. You can choose to scrape by and advance to the next battle, but it is a delightful feeling when you receive a good ranking. Most people are familiar with pinball, so understanding how the flippers work almost comes naturally. Zombie Rollerz doesn’t require brain power to enjoy and some of the choices you make will lead to random outcomes anyway. It isn’t as easy as it looks, but it doesn’t take long to get into the rhythm of things and send zombies flying. 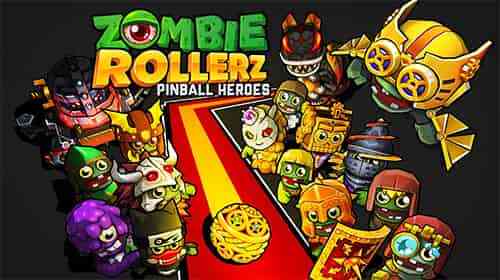