The peanut butter and chocolate combination of Total War and Warhammer has already produced two deliciously satisfying confections. The pairing remains pure genius. The epic-scale battles of Total War are a perfect match with the operatic splendor of Warhammer. Is Total War: Warhammer 3 bigger and better, or just more of the same flavor?

The answer is yes. Total War: Warhammer 3 is solidly built on the template from the past two games. The campaign is a faster and more story-focused experience, and that narrative feels pure Warhammer. The roar of an imprisoned bear god has torn apart the barrier that separates the mortal world from the daemonic realms of chaos. Rifts open between realities into which your faction must enter to fight, steal or politic their way out. There are four daemon leaders to defeat through excursions into the Chaos Realm, which unlocks the final battle. The stated goal of freeing god Ursun is the premise, but the goal is really — as in all Total War games — to conquer the map and grow your faction in power and influence. 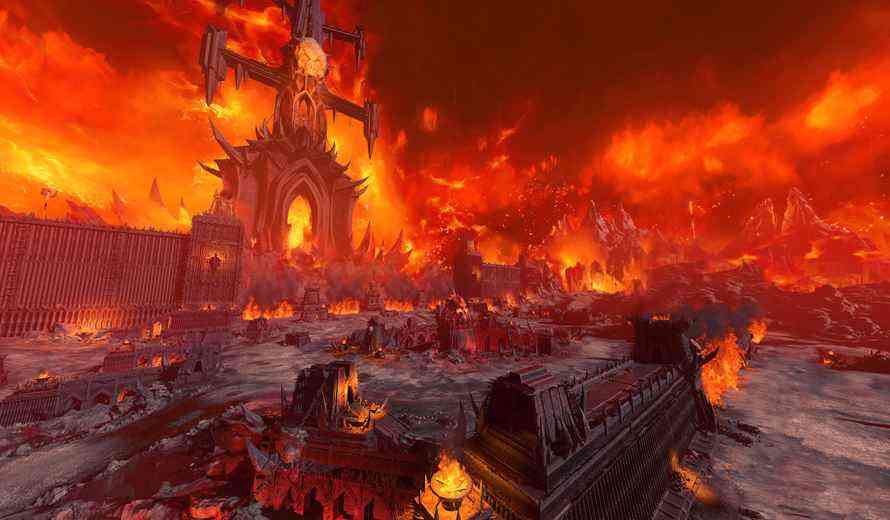 The game begins with a Prologue. Total War Warhammer veterans may want to skip it, but they shouldn’t. It’s one of the best and most engaging tutorials in the series. Especially for newcomers to the Warhammer universe, it’s kind of required reading. Warhammer in general requires tolerance for the ridiculous. The beauty of the franchise is that it revels in its over-the-top daemons, skittering rat armies and pustule-leaking monsters but also finds a spot for humor. A lot of humor.

Some players of Warhammer 2 may be a little disappointed that there are a fairly limited number of factions at launch. The portals that open to the Chaos Realms work both ways, though, which means many more will appear as adversaries. Starting factions include the human civilizations of Grand Cathay (based on Imperial China) and Kislev (based on Medieval Russia), and five Chaos factions – four devoted to each of the Chaos Gods (Khorne, Tzeentch, Nurgle, and Slaanesh), and the Daemons of Chaos, a late-game faction. Although they’re not all equally easy for novices, they’re all interesting and unique. As a side note, beginners should consider either of the human factions or Khorne from the Chaos Realms. No doubt DLC will bring many more.

Half the campaign is more or less traditional Total War, where the goal is to fill the map with your faction’s color. Doing so requires strategizing across a wide range of economic, political and military considerations. There are fortifications to build, armies and leaders to advance and alliances to forge. Total War Warhammer 3 includes a number of quality of life enhancements to make high level strategic play a little less complex.

The Chaos Realm segments of the campaign feature some puzzle-like elements and just a bit of environmental repetition. The battles are great, but limited by being able to bring just one army and high-level leader into the fray. Additionally, there’s a bit of disconnect between the Chaos Realm and the general campaign. They don’t inform each other in a particularly satisfying way. 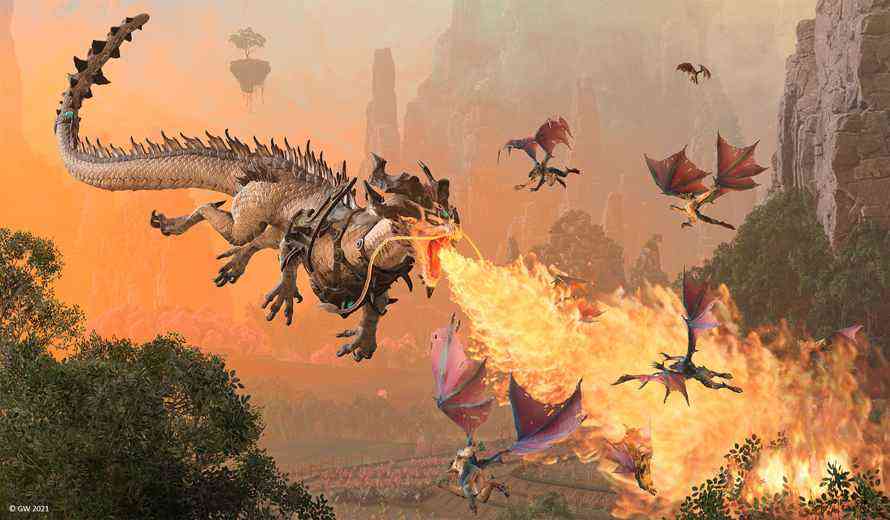 Since the Total War franchise was launched in 2000 (with Shogun), Creative Assembly staked the series’ identity on top-level strategy bolted to huge, real-time battles. Thanks to the distinctive nature of each faction and the vast array of unit types, every battle is a dark symphony of monsters, mayhem, and magic. The human factions have ice magic and shapeshifting dragons, the more supernatural armies have an immense variety of crawling, lurching, flying and corruption-spewing fighters, mobile tactics, and war machines. I look forward to my beloved Skavens appearing as a playable faction at some point.

Graphically, Total War: Warhammer 3 prioritizes quantity over quality. There are massive armies on the battlefield so there’s a bit of sacrifice in detail. On the other hand, the character and personality of each faction and unit type cut through the chaos. Zoomed in close, things look very good considering there are often thousands of units on screen. Overall, battles are an impressive riot of color, magical effects, and frenetic activity.

Both the voice acting and writing are excellent, provided you accept the grand operatic silliness of the whole thing. Likewise, the musical score by Richard Beddow and others is one of the best in the series. 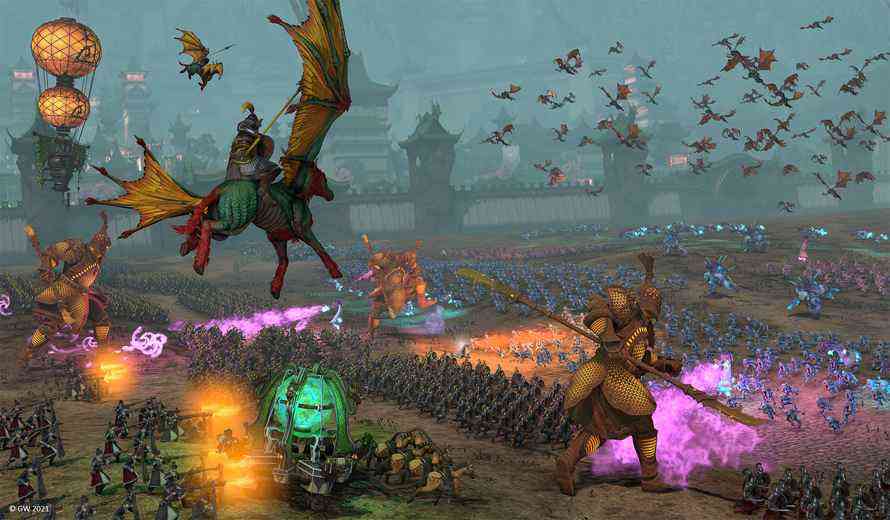 Total War: Warhammer 3 is the perfect culmination to a trilogy of generally excellent games. The third installment has both a must-play prologue and story campaign that is fast-paced and takes the gameplay in new directions. Long after the campaign is over, quality of life improvements and the new setting guarantee a long life for single-player skirmishes and multiplayer games. Total War: Warhammer 3 is a winner for both casual and hardcore Warhammer fans or any real-time strategy player looking for a game with depth.