Perception Review – Kept in the Dark

I’ve always said that when it comes to scaring your audience — be it in movies, books, or video games — the less you show of the threat, the better. I can’t fathom how many times I was turned off by a horror film due to its abundant use of the monster or ghost to try and frighten me. The more I saw it, the less I became afraid. In the case of Perception, a first-person horror game featuring a blind woman, this philosophy is, for the most part, put to the test. Unfortunately, despite the ambitious premise, Perception stumbles and falls in more ways than I’m willing to forgive it for.

Players step into the shoes of Cassie, a blind woman, who has been having nightmares surrounding a spooky abandoned mansion in New England. Her search for answers leads her to uncover its dark past and the connection she has with the house, while at the same time, attempting to steer clear of a supernatural presence known as, er, “The Presence.”

Exactly how Perception presents Cassie’s blindness to the player is both clever and a little far-reaching. While the game is shrouded in complete darkness, Cassie can echolocate by listening to and creating sounds which allow for her surroundings to take shape before her for a brief amount of time. By using the right trigger, Cassie can use her cane to tap on various objects in order to echolocate and explore the mansion. Sometimes active objects like radios, televisions, and even the aggressive wind coming through the windows allow Cassie to “see” for a short time, helping the player along to their next objective.

“Entering a new dark room is constantly unnerving, and never knowing what I’ll see until I bang the cane adds a unique flavor to Perception.”

I have to applaud The Deep End Games for creating a gameplay mechanic that, at its most basic, made me feel a bit what it is like to be blind. Even so, I can’t say that it made for a genuinely fun experience. It’s all intentional, of course, and at times it projects the right amount of terror. Entering a new dark room is constantly unnerving, and never knowing what I’ll see until I bang the cane adds a unique flavor to Perception. This helps it stand out from the Amnesia’s and Outlasts of the world. However, I’d be lying if it all didn’t feel a bit repetitive, even inside Perception’s meager 5-hour length.

There are moments when Perception shakes up the formula and refrains you from making too much noise in fear of being caught by The Presence, a creepy ghostly Dementor-looking figure that haunts the hallways. Constantly making too much noise attracts the attention of The Presence, which usually means one of two things: fleeing for a hiding spot or facing death if it catches up to you. A particular standout moment placed me in a room with bubble wrap and with each step I took made a loud popping sound. I had to quickly hide before the Presence found me. It’s in these brief moments that Perception shined for me, effectively keeping me on my toes and caused me unknowingly to hold my breath. 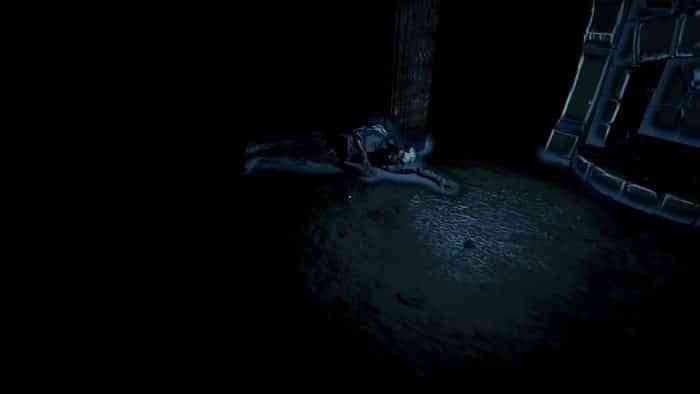 Perception sort of reminds me a bit of Gone Home, in that it involves exploring a large vacant house picking up important items and listening to a ton of audio logs. Piecing together Perception’s story is a big part of understanding Cassie’s fascination with the mansion, and it’s intentionally broken up in a way for players to try and connect the dots. I found the stories a little confusing at the beginning as well as trying to get a grasp of all the characters, but the yarn on display here was interesting enough to keep me going with some decent voice acting to boot. Aside from audio log collecting, there are a handful of simple puzzles thrown in to break up the pacing, but they’re hardly head-scratchers.

There’s one particular item of interest that should be mentioned in a game about blindness, and that is Cassie’s handy smartphone app Delphi. Certain objects can be scanned and Delphi will respond either by reading the text for Cassie or connecting her with a live agent to describe it for her. While I can’t say I particularly cared for the live agent, I enjoyed having text-based items being read to me in that Siri-like sort of way. I’m glad the developers implemented it as it made me appreciate the advancements in technology in our real world for helping those who are blind. It also made for a chilling moment when Delphi read a particular string of words that made me not want to move.

“Play Perception if you’re in need of a quick horror fix, and not for what could be perceived as something larger.”

That’s a constant theme when I think about Perception. There are grand ideas on display regarding blindness and what it means to keep trekking on despite this handicap, but I can’t help but feel much of it is never fleshed out. In fact, a lot of its ideas seem half-baked, which is probably the most disappointing aspect of Perception. There are moments when it all meshes together quite nicely — the story elements, Cassie’s blindness, and waves of horror — but they are in very short supply. Play Perception if you’re in need of a quick horror fix, and not for what could be perceived as something larger. You may walk away less disappointed than I was. 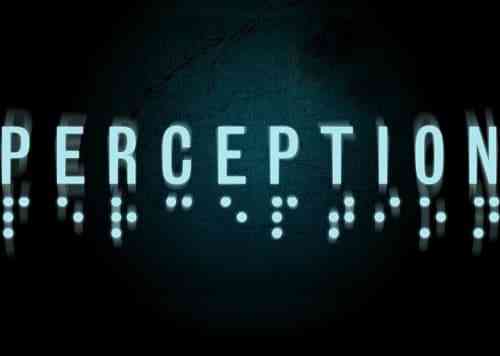 
A Battle Royale Mode Is Coming to the Puzzle Game Superliminal

DARQ: Complete Edition is Here and More Unsettling Than Ever

2084 Is an Unsettling Cyberpunk Shooter Brimming with Potential