If ever there was a game to test your reflexes, aim, and driving skills, all compacted into one incredibly fast experience, WipEout has always been the challenge with which to measure yourself against. With ultra-high speed cover cars on gorgeous magnetic tracks, WipEout has been a staple of the racing games since 1995 and as technology has evolved, so too has this phenomenal series. Developed by Sony Studio Liverpool, WipEout has enjoyed success across a number of platforms and iterations to the series, and with the further advancement of 4K TV and the power of the PS4 Pro, WipEout has been taken to a new level with an extremely well-crafted collection that manages to feel like one massive, full throttle experience as opposed to three games loosely wired together.

WipEout Omega Collection takes the three latest games to the series: WipEout 2048, WipEout Fury, and WipEout HD, and packages them together into one fantastically streamlined experience, complete with updated graphics. Other video game collections in the past will have players select from the top of the menu which game to start with and leaves it feeling separated from each other. With the Omega Collection, however, all three games are available from a joint campaign mode which uses a fantastic layout that makes each game seem more like its own difficulty of a racing cup or season as opposed to three stand alone games.

“Racing is intense, but once you find the right vehicle for your style it becomes this beautifully hypnotic system of reflexes – definitely not something you can casually play while tired and hope to pull out a gold medal.”

Each game has been updated and revamped for full 4K and PS4 Pro capacity and it shows. While Fury and HD look only slightly less crisp than 2048, it still blends together perfectly well. The interfaces to unlock the next set of events are easy to use, simple, and the game modes are varied enough to make this more than a straight out racing game. Players can choose from a large variety of vehicles from a number of manufacturers that have various specialties and color schemes to choose from. You’ll tend to find a manufacturer you prefer over the others, which is good; the more you race with specific vehicles you gain loyalty points. Loyalty points will unlock new skins for your favourite vessels, but you’ll need several thousand before you begin unlocking them. 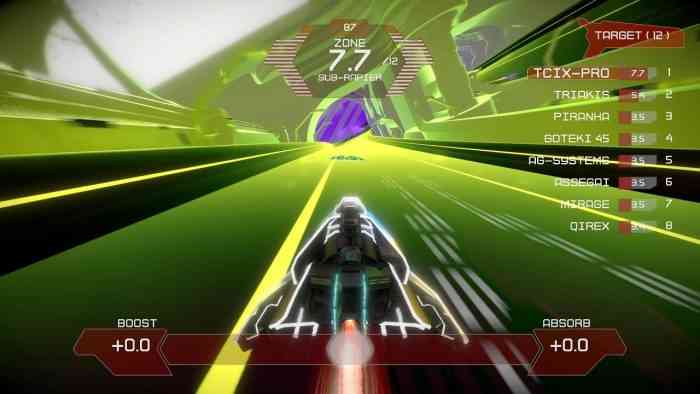 When it comes to gameplay, all three of the games play identically, which is a relief considering games tend to add new controls or features as a series progresses. Racing is intense, but once you find the right vehicle for your style it becomes this beautifully hypnotic system of reflexes – definitely not something you can casually play while tired and hope to pull out a gold medal. The weapons available in the game are potent, varied, and absolutely fun to use, with Quake being my absolute favorite. It’s also nice that hitting your opponent (and subsequently being hit) doesn’t take you out in one shot. You get a much better sense of the vehicle being strong, even for those with low hit points.  Tracks are beautiful, and the Zone mode, in particular, is a wonderful psychedelic trip with intense speed as the vehicle will continually get faster until it explodes from too much impact damage.

“Once you taste that first sweet gold medal, it’s hard to put down the controller knowing the next one is right around the corner.”

The soundtrack – as always in the WipEout series – is loaded with some stellar techno and trance music with collaborations from The Chemical Brothers, Leftfield, DJ Fresh, and much more. The pulsing beat, fast rhythm, and thundering bass perfectly accentuate this futuristic, high-octane combat racing game and make you feel like one hell of a bad ass pilot. I can’t imagine any other sound instilling this kind of confidence with this gameplay. 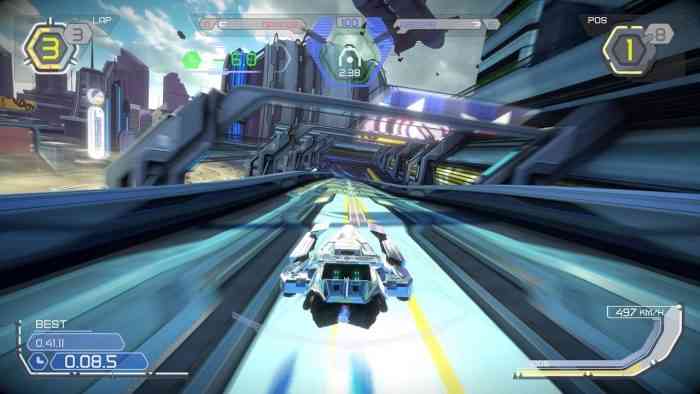 WipEout Omega Collection features a lengthy single-player mode that can quickly and easily be switched between each of the three games to unlock a variety of vehicles, tracks, and skins. It also features multiplayer and custom match options, all done in optimized 4K with a truly inspired soundtrack. Gameplay is fast and rewarding, with precision both in steering and aiming being the key to victory. Controls are not only superb, but the game allows for button mapping to make it exactly as you see fit. WipEout Omega Collection is a fantastic game for both new gamers and seasoned racers alike, offering something for everyone. Once you taste that first sweet gold medal, it’s hard to put down the controller knowing the next one is right around the corner. 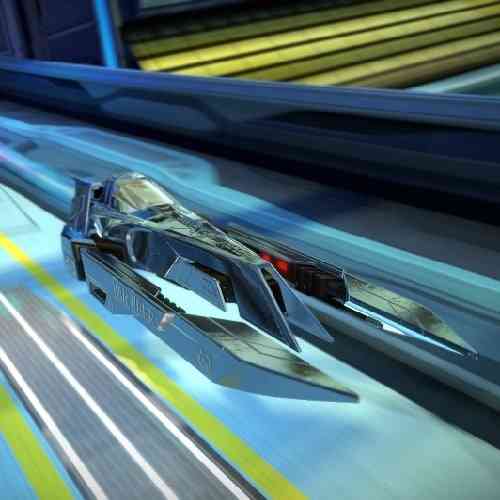