15 years ago, The Elder Scrolls III: Morrowind launched on PC and forever burned itself into the consciousness of RPG fans everywhere. Since then, the Elder Scrolls series has seen many great titles, but the memories of Morrowind continued to occupy our minds, like the whispers of a gentle Vvardenfel breeze. Now, The Elder Scrolls Online: Tamriel Unlimited has introduced an expansion – or “Chapter” – adding Morrowind to the base game. With a solid campaign, new Warden class and decent writing, it will certainly bring back some magic to your ESO:TU experience – even if its MMORPG aspects fail to mesh somewhat.

Veterans of The Elder Scrolls Online will definitely find Morrowind a welcome additional territory to the game. It is another huge new area to explore, with the special Morrowind aesthetic that older players will recognize right away. Giant mushrooms tower overhead, as strange Stilt Striders amble through lush countryside. There’s a definite sense of the fantastical that Morrowind brings back to a base ESO game that has felt a bit sterile at times. Just arriving back in Vvardenfell again, many will feel like they have arrived home after years of being away.

“Just arriving back in Vvardenfell again, many will feel like they have arrived home after years of being away.”

With the “One Tamriel” level-scaling update, Zenimax removed the difficulty barriers to different areas long ago, so if you haven’t played in a while you will like the fact that you can now safely explore Morrowind whether you’re level 50 or just starting. In fact, the developers have made it so that you can start Morrowind as if it’s a new game, create a player and go through a new Tutorial (or skip it if you wish). It also seems like the new Warden class is the recommended choice, with its nature-based abilities and War Bear companion, seemingly-ideal for this new environment. Then once you’ve chosen, you’re whisked directly to Vvardenfel to start your journey. That’s another welcome change from previous DLC, where even getting to the starting point could be a pain. For example, in Imperial City I had to run a dangerous 20 minute gauntlet to find the proper sewer just to begin. 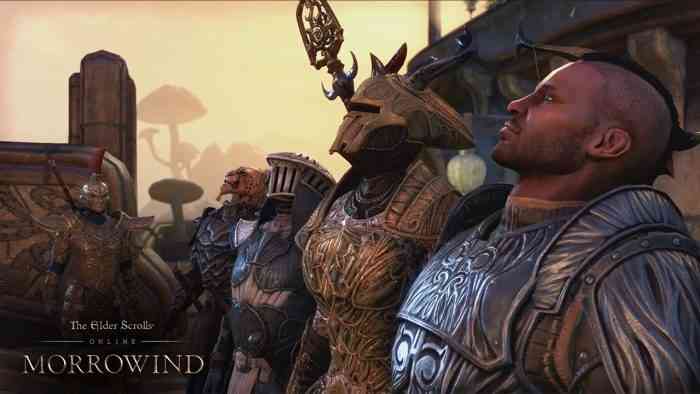 Morrowind is also noticeably improved in its main campaign story. The philosopher-demigod-king Vivek has lost his powers, and needs you to help him recover them. The characters you meet along the way, and the activities you engage in, are interesting and I was pulled in much more this time around by Morrowind’s varied and colourful story and characters than for previous expansions – even the pretty solid Orsinium. I like the way the main quest also takes you exploring Morrowind, visiting old favourite locales like Suran, Balmora and Seyda Neen that players of the 2002 original will appreciate. They are faithfully recreated here with new visuals, but although they look fantastic they are often, disappointingly, blocked off or have many locked doors.

“Morrowind offers a time-travelling appeal and an interesting new chapter in the rich Elder Scrolls lore.”

This Morrowind is set 700 years before the events of the original from 2002, which will also offer a thrill for anyone looking to learn more about Vvardenfel’s history. Much like the way the Imperial City expansion offered a cool glimpse into what the city looked like before the events of Oblivion, ESO’s Morrowind offers a time-travelling appeal and an interesting new chapter in the rich Elder Scrolls lore. Long-time fans will love the references to past Elder Scrolls titles, and the writers have clearly gone to great lengths to include lots of Easter Eggs for fans to look out for. That includes the great Red Mountain, Dagoth Ur, that looms over the entire area of Vvardenfell, imposing but dormant – not yet the volcano it will become later. 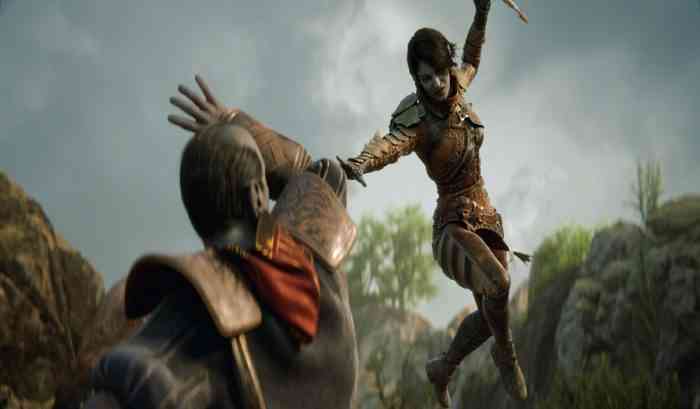 As much as Morrowind continues to improve the growing Elder Scrolls Online world, it doesn’t solve some of the old, persistent flaws. The combat is still a weak aspect, with clunky target-locking and movement that never feels quite right. There’s also the disconnect between the story’s single-player flavour and the realities of it being set inside an MMO. You are told by NPCs that you are the game’s Hero, and the quests are up to you as an individual, but that illusion is always undermined by the crowds of other human “Heroes” filing past you doing the same thing (something I remarked on in my review of the original game). Playing ESO:TU always reminds me of that feeling of going in to see the latest movie, and watching the crowd from the previous showing noisily exit the theatre ahead of you, spoiling the story. But if we are being fair, that is a problem that every MMO deals with – how to justify a multiplayer world that has a single-player adventure at its core.

“ZeniMax shows with Morrowind that there is still lots of enjoyment to be had in Tamriel.”

ZeniMax tries mightily to shore-up the multiplayer aspect in a couple of ways. In Morrowind, you get a new Battlegrounds feature, which boasts 4x4x4 player vs. player arenas to test your fighting skills against other human players. You can also team up with a group of others in a new Trail, which can accommodate up to 12 human players fighting together. It does (and always has) felt a bit like a tacked-on aspect to the main game, but the PvP element can be a lot of fun if you invest time into it.

The Elder Scrolls Online: Morrowind is a huge, fun new adventure for players of the base game to enjoy. If you haven’t played the game in a while, it is a great time to get back into it. You’ll find lots of story in the main quest, and the writing and details are crafted with love and care. If you’re nostalgic for the Morrowind of 2002, you’ll also be like a kid again, seeing your old Vvardenfel haunts now polished up in latest-gen visuals. For newcomers to TESO:TU, Morrowind also offers the best chance since the original release to start your adventure in Tamriel. While some aspects, like combat and the awkward MMO world, can still be worked on, ZeniMax shows with Morrowind that there is still lots of enjoyment to be had in Tamriel. 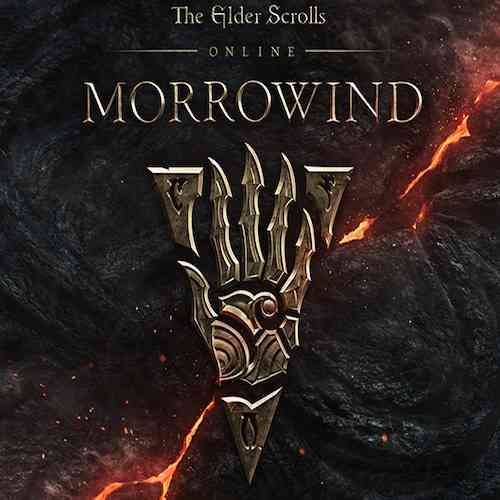 
Attention All Dunmer, Morrowind Has Arrived for Elder Scrolls Online

You Can Get Into Elder Scrolls Online: Morrowind Two Weeks Early