Paint the Town Red Review – Bloody Fun, Until it Isn’t

Paint the Town Red is a fascinating title, to say the least, an adjective that definitely translates to all aspects of the game. Gameplay, graphics, and game modes are unique, for both better or worse. You’ll either LOVE the game right out of the gate or immediately hate it.

The game’s premise is just as the name suggests. You are tasked to kill everything that moves on the map in whatever game mode you choose to play. The end game is to be the last man standing with a whole lot of blood that is enough to paint the “town” red. The premise never changes no matter what you choose to do, so to keep the game fresh, Paint the Town Red includes three unique game modes that are just different enough to keep players entertained.

The first mode is Scenarios, where the player will be dropped in a map of their choice, whether it’s a bar, disco, prison, cove, or salon. Players will then have to find creative ways using the environment around them to absolutely shred everyone there. You kill them all, you walk out of the map, and just like that, you’ve won. Sooner or later, this gets repetitive. Players also have the option to modify the mode to their liking. For example, players can turn on mods to give them unlimited power, weaken enemies, or weaken themselves. There’s even a slow-mo mod and a Zero-G mod. Let your imagination run wild. 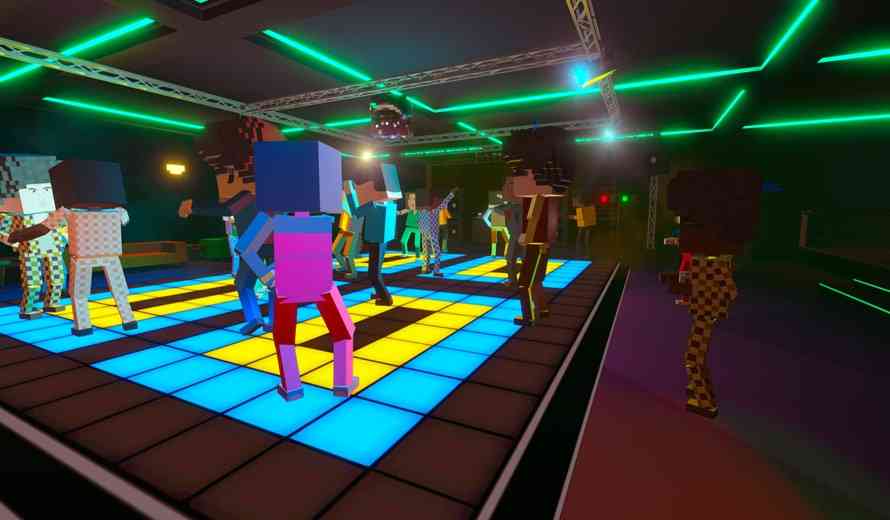 The second mode is Beneath, basically a zombie mode with extra steps. You will be fighting your way through maps, fending off zombies, and trying to find your way to the exit through seemingly endless tunnels. Players have a couple of options here. They can play as a vanguard, spectre, warlock, or a brawler. This will affect the player’s stats when in-game. Players will also be able to visit a shop  — if they can make their way to it — and from there, buy extra health, power-ups, or even weapons. You will need to kill as many zombies as possible when making your way to the shop in order to gain the in-game currency gold.

The third and final mode is Arena. This is where players will face many stages, each with several madmen trying to kill you. Your task is to not only survive but to kill them all and make your way to the final stage.

Gameplay is the Paint the Town Red’s weakest point, though it can be enjoyable if you keep your expectations to the minimum. Basic starting moves are only punching, blocking, and kicking. Figure out a way to survive long enough with these three to make your way to a weapon or any usable object in-game. For example, you will be able to cut off hands if you hit someone just right with a glass or bash someone’s head with a stool. 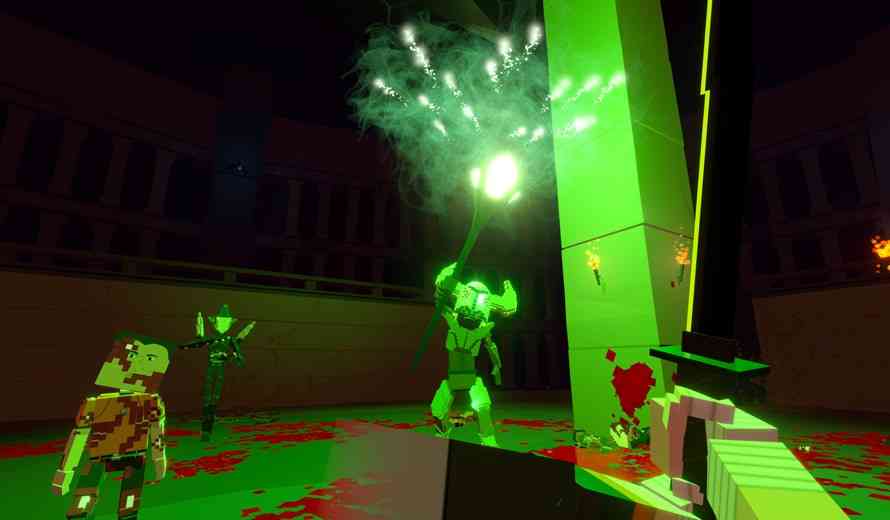 The game also keeps things fresh and rewards you when surviving long enough by using power-ups. There are three levels of power-ups: Shockwave, Berserk, and Smite. They will help you fend off hordes of enemies when you’re overwhelmed in combat. While they do take away from the “realism” in-game, they’re still loads of fun. Try smiting a couple of enemies down while in slow-mo like a mad god. It’s impossible to say it isn’t fun.

Graphics are as wacky as this whole game sounds, which isn’t a bad thing. Heads look like Minecraft blocks. Some people will actually prefer this art style, and it definitely fits the game. Blood is also very satisfying when spilling out of the hordes of enemies, and the unrealistic art style helps soften the brutal scenes you will be continuously causing while wreaking havoc on these simpletons’ lives.

Audio just manages to get the job done, with some grunting from the enemies when dying or when trying to literally cut you. The music is matched to the play style. When in the disco map, for example, you will probably want to put off your murderous intentions so you can dance along with the AI a little before ending their lives. As expected, there’s no voice acting in Paint the Town Red. The best part about sound in this game might be in the power-ups. When pulsing shockwaves and sending your enemies flying and splattering their blood everywhere, the audio effects are truly satisfying and indicate the strength these power-ups have. 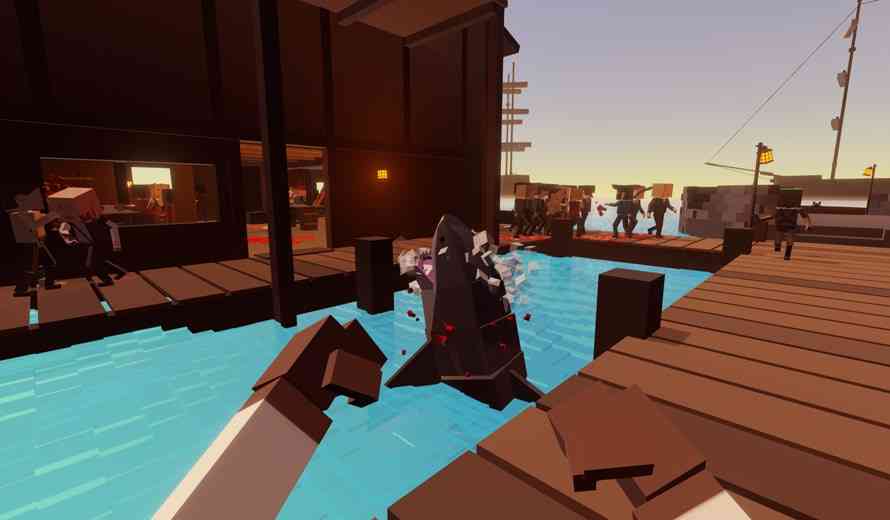 Paint the Town Red is a unique, fun experience for the first couple of times you play it. The game has adequate graphics and sound design that match the wackiness and a couple of game modes that should keep you engaged when trying them all out. But Paint the Town red suffers from repetitive gameplay, limited combat options, no story or depth to hook your interest, and little to no replayability. For a $19.99 purchase, we’d say consider holding off until a discount drops the price.

***Reviewed on Xbox One, and a key was provided by the publisher.*** 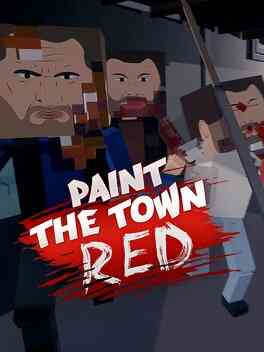 Tips to Improve Your Movement in PC FPS Games