I’ve had Overfall on my radar since I tried out the Kickstarter demo several months ago. The game released on Steam and GoG on March 1st and it seems to have delivered what Pera Games has promised. In the land of Dys, you start your adventure with two heroes, your main characters whose deaths mean failure for a given playthrough. OverfallI is not meant to be played once through but many times over, each time unlocking a new class or item that can be used in subsequent playthroughs. Each time you embark as a new set of heroes, the world map and the quests you encounter are different, different factions might be at war, and all of your gained reputation or infamy is wiped clean. You must make a name for the new heroes you choose to bring into the world.

The over-world map is mostly a vast ocean dotted with islands of varying geography and faction affiliation. You embark on your quest with a ship that you use to sail from island to island to find quests or traders, or can be used to intersect NPC ships that will either extend an olive branch in peace or kill on sight. Movement in the over-world is interesting because it’s only real-time when you’re moving (something akin to a very popular shooter at the moment). There isn’t really any tactical use for this mechanic except to give you second to think about what island you want to chart a course for next. There was something fantastical about seeing all the other ships moving around, however, hovering the cursor over them to see what task they were up to including their intentions toward your vessel be they benevolent or malicious.

The meat of the game comes into play when you find combat either from exploring an island or encountering ruffians on the high seas. Combat is turn based where turn order is decided by who has the highest initiative (think speed) and each turn consists of three phases. The first phase is the movement phase where, you guessed it, the unit is allowed to move. All units have a basic move (at least all the units I encountered) and a special movement. These special moves usually have some kind of healing or damage dealing associated with them and allow units to move in a unique way. The second phase is a preparation phase. This is when a unit may perform a buff or de-buff ability to itself or an ally. There is a laundry list of status effects that can be applied in Overfall so thankfully there are tooltips for every status effect. It’s a small detail but in a game like this you need to be able to strategize around what type of synergies you can form from all of the different statuses. The third phase is the attack phase, plain and simple. While different units have unique abilities, they all boil down to a melee or range attack with some type of status effect or synergistic effect (target below 50% health, etc.). I don’t mean there isn’t enough variety, just that this is phase is the most standard one in a tactical turn based game.

What I found the most interesting was the addition of a preparation phase. This is what really allowed for great combos that proceed critical hits for other units if you can pull them off. Likewise, some of the special movement skills really allowed for some interesting interactions on the hexagonal battlefield. I found myself planning several steps ahead so I could position my barbarian in just the right spot so my cleric could pull him back out of danger and heal. Once I recruited more companions I was able to employ even more complex tactics with their respective skill sets. Overfall surely allows for some rich tactical plays. 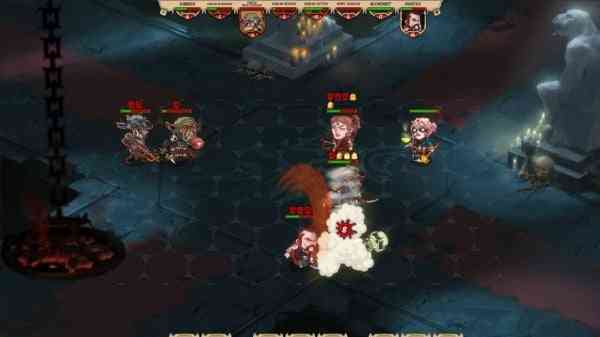 And yet, it falls just short of being a great tactics game with one oversight: there is no ability to rearrange the starting locations of your units. I feel this is critical when you base turn order on initiative; there needs to be some sort mechanic that allows you to mitigate damage to your less tanky units by relegating them to the back row. As it stands, if I find some bandits with high initiative my 16 HP warlock will lose half his health before I can draw agro to a tankier unit. Another possible solution for this would be to have larger combat areas which would allow for some more dynamic routes to the enemy rather than only being able to run head first into battle.

I would probably have been more bothered by unit placement if it weren’t for the great art and storytelling in Overfall. The hand-drawn sprites and backgrounds are incredibly detailed and the individual characteristics of each unit class help define the unique nature of each character. This art style combined with the narration style storytelling evokes a sense of sitting at a table with a GM asking whether I would like to help the poor starving goblin family or attack them mercilessly. Each playthrough feels like a different pen-and-paper RPG campaign set in the same world except you have complete control of the whole party. 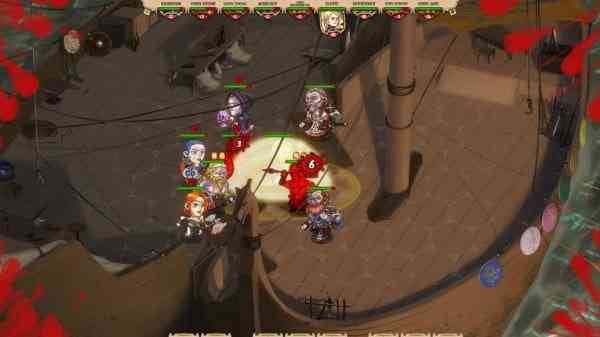 I thoroughly enjoyed Overfall and am looking forward to what kind of stories I can create in the world of Dys. The game comes with integration to the Steam Workshop, allowing players to create their own quests and upload them for others to play through. I didn’t have a chance to try this out, but this should allow for a long lifespan and tons of replayability for Overfall which is something a game like this needs. I’m definitely excited to see what sort of opportunities await me in my next playthrough of Overfall. 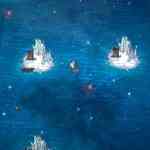 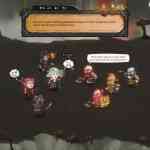 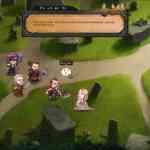 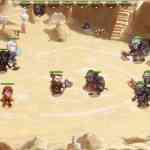 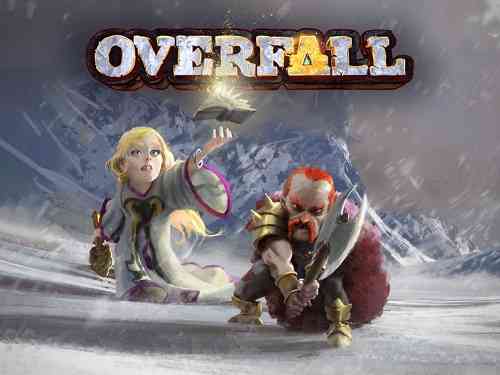