Listen, you already know if Nioh 2 is going to be your jam. You know which side of the “difficulty is part of the point” argument you fall on. There are a lot of good, and even great things here for fans of the genre, but in the end, it’s another ‘one of those’. Nioh 2 is stylish, and polished, and well designed, and I hate playing it.

If you’ve just furrowed your brow and huffed angrily, let me set the stage before you tell me to git gud. I’ve played plenty of brutally hard games, including those from Team Ninja. I don’t pray at the altar of Ninja Gaiden, but I respect what it does. I’m not a Souls god, but I think Bloodborne is special. Nioh 2, much like Nioh, tries to fuse the From Software formula with the punishing structure of Ninja Gaiden. It successfully does that, but the result, to me, feels more like a chore than fun.

Things started off promising with an outstanding character creator. There are loads of sliders to play with, and the system is remarkably resilient against attempts to make swamp creatures. There’s a good balance here between creativity and realism. Proportions can certainly approach the ridiculous should you choose, but making somebody that just looks like a regular ol’ person is more than possible too. Brilliantly, looks can be switched up anytime to suit your mood – a nice change of pace when I’ve elsewhere been stuck with an absolute abomination. Switching from an ancient bearded Samurai to Princess Mononoke anytime you like is remarkably freeing.

Switching on the fly works here because the player character may as well be a block of wood. Story? Nioh 2 has some, but the fascinating links to real Japanese history are blinded by the cringe-inducing English dub. Why does Tokichiro sound like Oaka from Final Fantasy X? We’ll never know. I desperately wanted to switch to the Japanese voices, but the language options were greyed out during my time with the game. Anyway, you play as Hideyoshi (a real historical figure): a half-human, half yokai hybrid as Nioh 2 tells it. 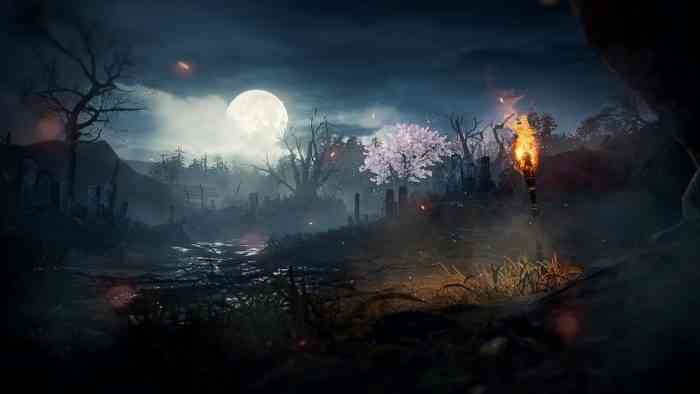 Cutscenes and story beats look really impressive. Character models are sharp, and the monster designs are really great. Animation is critical in a character action game too, and thankfully it’s all on point. Nioh 2 offers a couple of performance modes, but the only viable option is Action Mode. It’s 60 fps on PS4 Pro, though the resolution is visibly pretty rough.

Structurally, Nioh 2 replicates the details of souls-y games nearly 1 for 1. It has souls (Amrita), bonfires (Shrines), and gigantic, seemingly insurmountable beasts. It diverges from the crowd by having players select missions from a menu screen rather than having a fluid open world, but the opportunity to have each level be really visually distinctive is squandered more often than not.

All Aboard The Souls Train

Getting back on the Souls-train, Nioh 2’s level design circles back on itself frequently though I rarely had the moments of sudden familiarity I’ve had in other games. More often than not, completing a section of level just unlocks a mysteriously locked door or drops a ladder seen earlier. Structurally it functions quite well, mercifully allowing me to streamline my path when trudging back up to a tricky encounter for the 15th time. What it doesn’t do is make the construction of areas feel miraculous. Too often the muddy villages and hillside castles feel like DotA maps. Though there are often branching lanes, they converge all too quickly, robbing much sense of discovery. 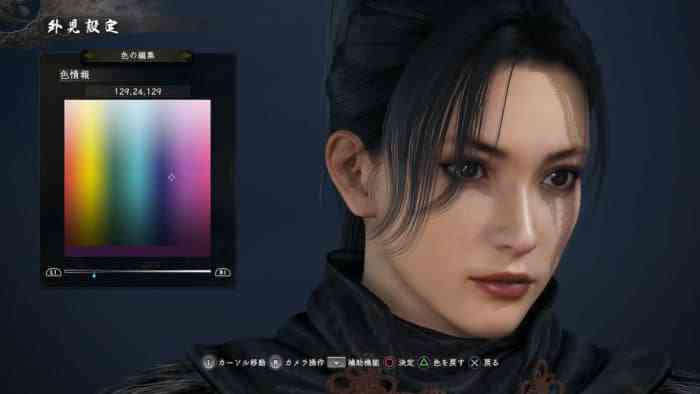 What you’ll find along the way is gear. A lot of it. Silly hats, traditional katana, shinobi masks, enormous hammers… Between the 9 weapon types, tiered and leveled loot, accessories, a familiarity meters among numerous other things, there’s a lot to keep track of. Nioh 2 is most successful when it relies on its mechanics, and undertaking a Borderlands style arrow comparison every few minutes isn’t something I wanted to be doing.

Something that never felt worth doing was engaging with the game’s skill trees. There’s one for each weapon. While that offers a ton of progression, none of it feels aspirational. Between skill development and gear, it distracts from the best parts of the game. Shedding gears levels and letting weapon skills and levels advance through use would let the brightest parts of Nioh 2 shine more brightly.

So, the mechanics. Remember when I said I hate playing this game? I meant it, but not because I think it’s poorly made. On the contrary, there are some truly fantastic moments of triumph. But more often than not, I found myself hammering the retry button out of rage and shame. Yeah, Nioh 2 is really hard. For me, it was a lot harder in the early going than just about anything else I’ve played. Rote memorization of enemy positions and tactics is necessary. Progression is slow, and as much as I love a good underdog story, Nioh 2 is going to quickly frustrate all but the most stubborn of players.

The combat is certainly well designed, and targeted directly at those who love to struggle. I prefer a simpler, more distilled experience and Nioh 2 is a complete deluge of mechanics. Like Dark Souls, everything revolves around the stamina (Ki) gauge. Blocking, dodging, rolling, and striking all consume Ki, and managing that meter is the crux of any encounter. Drain it, and you’ll certainly die.

Much like the first game, the Ki pulse lets you recover Ki after most actions by tapping R1 at the right moment. It’s interesting, but it’s an example of a layer that detracts from the overall experience. It gets in its own way, and throws up barriers that needn’t be there. I don’t think the game is too hard, but unnecessary control complexity prevents Nioh 2 from being genre defining in the way Bloodborne and Dark Souls were. There’s a beautiful simplicity to those games, and it’s a big part of what makes them transcendent. In Nioh 2, the same goals could have been achieved while maintaining the difficulty and simultaneously making the game more approachable. On the other hand, maybe my reflexes simply aren’t up to the task. /shrug 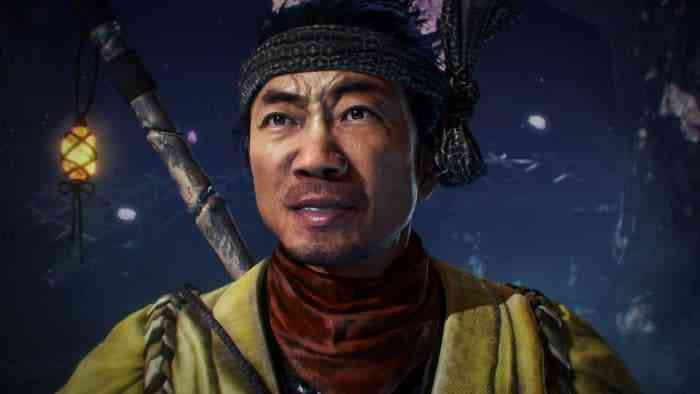 What’s truly great about the combat is the amount of variety. The nine weapon types feel completely different, and require a complete rethinking of your approach. The odachi does massive damage, but is glacially slow. The switchglaive is slow too, but has a far greater range of capability when you take stances into account. Oh, did I not mention that? Every weapon has 3 stances ranging from (relatively) quick and low damage to slow and high damage.

Onboarding to this game is like standing in front of a giant speaker at a concert. It’s just… a lot. But eventually, there are moments where everything clicks. The dance comes together, and you’ll absolutely roll through a section. It feels great when that happens. But inevitably, the mistake will happen. Maybe you’ll mistime a burst counter, or maybe you’ll fight yourself into a corner, or maybe you’ll completely whiff on a big combo. The key is simple: you did this. If you die, you died because of you.

I haven’t even mentioned Ninjitsu, or the Yokai Realm, and doing so wouldn’t enhance this review. There’s a lot to like here if you’re the right kind of person. The combat is tight and precise, there’s a ton of variety, and the challenge is mighty stiff. At the same time, Nioh 2 is mechanical on a level that’s a few layers too deep. I see what the goal was – differentiation – but it overcomplicates things where it doesn’t need to. Souls die hards: buckle up and get in there. Souls haters: you’ll hate this too. If you’re somewhere in the middle, give it a go, but beware you might end up like me: appreciating Nioh 2’s craft, but not actually enjoying it.