Bloodborne Review – Come to Yharnam They Said, It’ll Be Nice They Said…

It was a wild ride but my journey through the nightmare is complete. Unfortunately, it’s happened a tad premature. As I approached the final boss, I had a feeling it was him but I had to be certain. We fought, the final cutscene began, and I muttered under my breath because now I couldn’t stop to look for everything before moving on. It was time to begin new game plus, or see where another build would take me. My first foray into Yharnam was complete, but it certainly won’t be my last.

I was first incredibly impressed by Bloodborne, and I still am although to just a slightly lesser extent. Now that I’ve had a lot more time in Yharnam and have slain the majority of its mightiest beasts, I can say that without a doubt this is a fantastic game. It’s not perfect, but the new style and myriad of other changes have certainly won me over and impressed me once again.  It feels like both Dark Souls and Demon’s Souls, yet neither at the same time. Miyazaki and the rest of the developers did a great job at choosing what to carry forward and what to add to freshen things up.

Standing by my initial judgement of the combat, it still feels faster and more agile. With very little protection to be gained from shields or spells, things had to be sped up to keep you alive. Regular enemies will likely tear you to pieces at the beginning of the game but it doesn’t take long before you get used to the crowd control that’s often needed. The hunter fights are terrifyingly exciting, and most bosses are not only fun but sometimes very reminiscent of Demon’s Souls in particular. Overall I’m impressed by the way Bloodborne controls; the entire game feels like strategic action-adventure in a very good way. 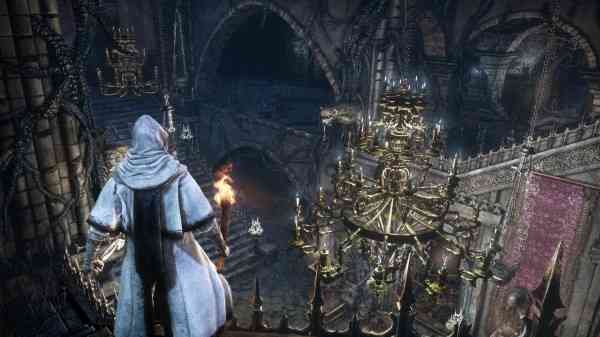 “It feels like both Dark Souls and Demon’s Souls, yet neither at the same time. Miyazaki and his team did a great job at choosing what to carry forward and what to add to freshen things up.”

It took me thirty-five hours to finish my blind playthrough, missing only two bosses if the wiki is up to date. I also couldn’t find a total of seven weapons and firearms, and still haven’t completed all the chalice challenges. Even if all you’re looking for is a good economical buy, Bloodborne delivers. This game is huge. In line with past releases, everything is discovered as you try to figure out where to go. No player will have the same experience, at least not until the wiki has been fleshed out and updated. I’m already about five hours into my second build, and I’ve noticed a few things I missed the first time around. Constant vigilance is key if you want to find everything your first time through.

Your searching will also pay off with some great screenshots if you like to take them. A few of my favorite shots were taken from hidden paths or shortcuts. Nearly the entire game is beautiful, in a dark and creepy way. I say nearly because while the armour looks great, the base character model is still pretty weak. It’s not a huge deal seeing as you’ll likely be covered from head to toe since there’s no more equipment weight system, but the character model could use a bit of love too. I feel like I’ve been creating the same guy and girl since 2009, with not a whole lot of upgrades. Aside from that though, it all really does look brilliant. The moon and eerie sky, the fog concealing enemies, all the old architecture really hit the nail on the head. Now if they could just get it all to run at a smooth 60 FPS… 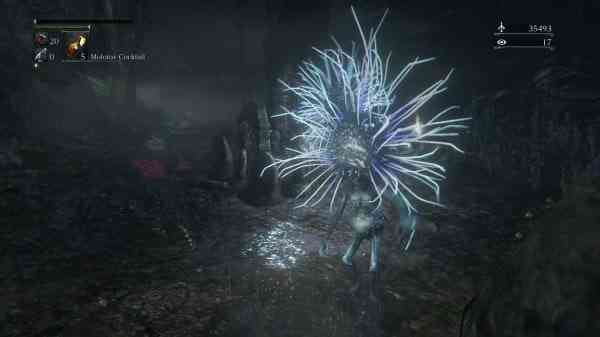 “…it all really does look brilliant. The moon and eerie sky, the fog concealing enemies, all the old architecture really hit the nail on the head.”

When you decide to begin the hunt, I highly recommend plugging in a pair of headphones if you don’t have a great sound system. The audio in Bloodborne is astounding, not just for the epic soundtrack during fights, but for all the little detail that’s gone into the surrounding environment. Whispers, groans, an odd clinking noise off in distance, these are just a few examples of what makes Yharnam truly feel immersive and alive. Throw in some top-notch voice acting for all the people you’ll find and you can really start to appreciate the level of detail and care that’s gone into production. It seems like every area of development was polished to a high level of quality, and it’s difficult to find something not to like.

Difficult, but not impossible. I’ve already mentioned the load times in my first impressions article, and thankfully From has stated that they’re trying to cut some of that time down by roughly ten or fifteen seconds. I have run across a few other minor things that bothered me, and here is what keeps this game from being perfect.

With blood vials, we once again have item farming. It’s not usually an issue once you get better and stop needing to heal after most fights, but there are going to be times when you have a boss to kill and you’re out of vials. If you head to central Yharnam it’s pretty easy to run through and nab yourself about fifteen or eighteen vials each run, but it’s time ultimately wasted. This brings us to the second problem I have: the lack of ability to reset instances. I understand if maybe the developers were trying to discourage echo farming, but the load times coupled with needing to stock up on vials and QS bullets just makes this annoying. 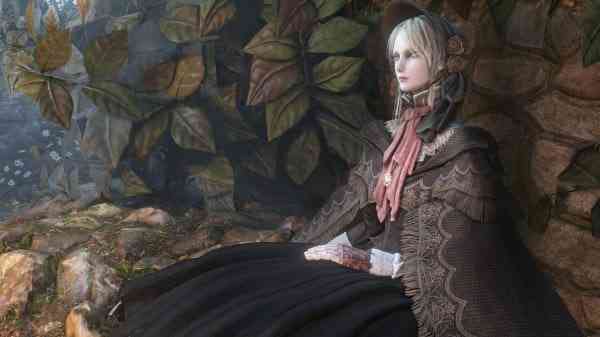 “Whispers, groans, an odd clinking noise off in distance, these are just a few examples of what makes Yharnam truly feel immersive and alive.”

The lanterns in general, while very cool aesthetically, just need a bit of a redesign. I at first really enjoyed going back to a hub world like in Demon’s Souls, but once more of the game opened up I truly missed hopping from bonfire to bonfire. Maybe this will all be fixed once I don’t hate the load times so much, but as of right now it’s frustrating when I select the wrong lantern from the Hunter’s Dream and have to wait for it to load, go back, then wait again.

Honestly that’s it. Some things are a little annoying, like the game-breaking bug they’ve already promised to fix or the way co-op doesn’t always work very well if you didn’t close the game down properly, but these are easily resolved. The only real disappointment was when I finished the game and realized there wasn’t more to play aside from a couple bosses I missed and a side area or two. How can you complain though, when the first playthrough takes this long? The second run will probably only take half the time, but that’s still easily sixty hours of content for a AAA game.

There are very few reasons to not play Bloodborne. Do you not own a PS4? Do you get frustrated and break controllers? Do you absolutely hate adventure games? If you answered yes to any of the previous questions, then Bloodborne is not the game for you! This nightmare is challenging, scary, and easily one of the best games I’ve ever played. Both fans of From’s previous work and newcomers alike should really give this a shot, and see what you’re made of. May the good blood guide your way.

*** Review copy provided by the publisher ***