Bloodborne Review-In-Progress – It’s Not Souls, but it’s Distinctively ‘From Software’

I was given Bloodborne early Saturday morning, and by the time I had gotten home and downloaded the whopping 2.8 gig patch, it was about noon. I launched the game, created my character, and ventured into the city of Yharnam. After a few disgraceful deaths, I started getting a good handle on how the combat works without shields and proceeded to slice and dice the first area’s enemies with my trusty threaded cane. I became confident, over-extended my reach, and was promptly wrecked by an enemy I hadn’t encountered yet. A sheepish smile spread across my face as Bloodborne and darkness filled the screen. This is exactly what I’d been waiting for.

Over the next few paragraphs I’ll try to give you my first impressions of Bloodborne, including what I think they’ve done right and what I think they’ve done wrong. It’s a pretty big game and I haven’t finished yet, though I’m certainly much further than where you can get to in the alpha build and believe I’ve got a solid grasp on most of the main mechanics. My experience so far is based off around twenty hours of play, so please feel free to take it all with a grain of salt.

First, the combat. It’s fast. Out with the roll, and in with the dash. Dodging enemies now feels a lot more similar to something like Devil May Cry or Ninja Gaiden, which is a good thing in my opinion. Don’t worry, the speed definitely isn’t on par with them and that’s a good thing as well because new players and veterans alike are going to have a bit of trouble at times. Shields are mostly gone, with the only one I’ve found so far being a bunch of wooden planks nailed together. In their place are guns or gadgets, and they can definitely fit your playstyle if you took a slower, more cautious approach in the Souls Series. 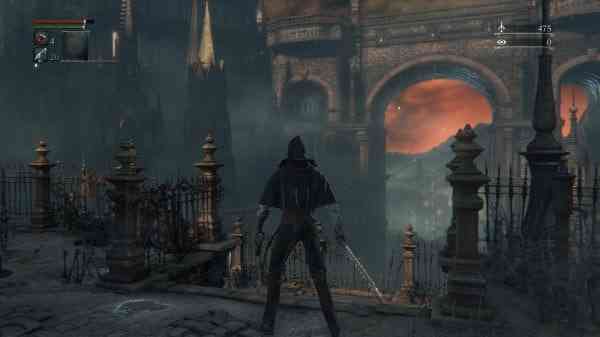 “YOU DIED. A sheepish smile spread across my face as Bloodborne and darkness filled the screen. This is exactly what I’d been waiting for.”

While I personally went with the pistol, I’ve fought a few other hunters now that tend to use the blunderbuss. So far it seems that if you’re really good at parrying in previous games, both options are pretty good but the blunderbuss makes it a little easier to hit your opponent. It fires off a small screen of projectiles that make dashing in much harder, as even a couple pellets will slow you down. The pistol is more precise, but also a lot easier to dodge. I’ve played around with the flamesprayer somewhat as well, and it’s pretty effective for crowds or stationary bosses if you have the right stats for it.

Speaking of stats, they’ve narrowed things down a bit. You’re left with Vitality, Endurance, Strength, Skill, Bloodtinge, and Arcane. Vitality increases HP, Endurance is stamina and poison defenses, Strength and Skill boost your proficiency with right-hand weapons. All pretty standard, but then you have Bloodtinge and Arcane. The former is used for most of your off-hand weapons, like the pistol and blunderbuss, but then Arcane is used to boost weapons like the flamesprayer or items like molotov cocktails. It also increases your item find rate, so I’m making something that uses Skill and Arcane for my first build. So far it seems viable, but we’ll see what happens. 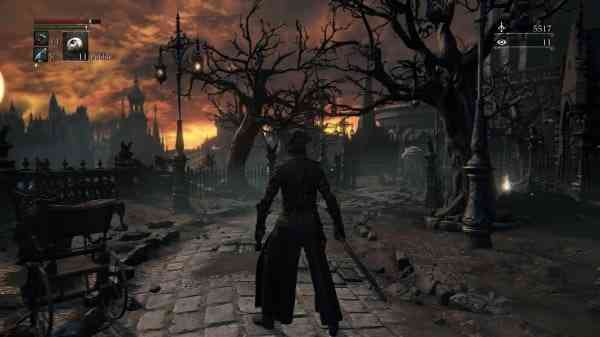 “From the enemy design to the architecture and weapons, everything goes past dark and enters the realm of nightmarish.”

The enemies are all creepy and fit the mood quite well. There are a lot of were-beasts or creatures that suit the whole hunt theme. Probably my favorite, just because they’re so deranged, are the fat crows that fly up at you. Something about them just spooks me every time. It’s strange, in Bloodborne I actually feel kind of afraid at times. Dark Souls and Demon’s Souls have always been, well, dark, but this is something else. From the enemy design to the architecture and weapons, everything goes past dark and enters the realm of nightmarish. Even the crystal lizards have turned into these odd, bundles of skulls and feet that skitter away from you. This is no longer a fantasy to me, dark or otherwise.

A lot of things have of course made a return for this addition to From’s vast list of releases. Chests, fog walls, even the way your character moves and explores the world. There are several tweaks though that make Bloodborne feel much different that Dark Souls. For instance, many ladders are now set off the end of planks. It doesn’t sound like a huge deal and I haven’t fallen off yet, but make one wrong move after you ascend and you’re likely falling to your death. Chests don’t appear often in the beginning, but I assure you you’ll find them soon enough. Bosses no longer drop items you can use for blood echoes, so I recommend cashing in after you finish a fight now more than ever. Don’t make my mistake and lose thirty thousand souls just because you only need a few thousand more for one more attribute point, and the lantern is right there. 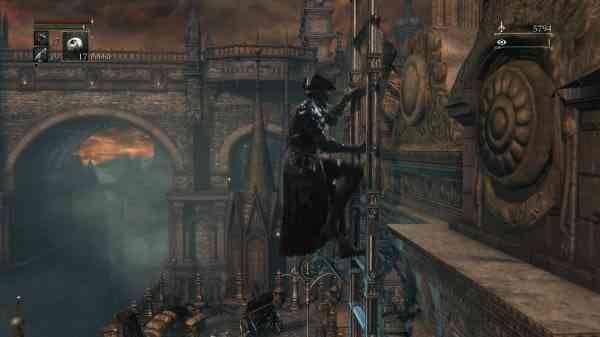 “If the rest of the game, especially co-op and the procedurally generated dungeons, goes as well as things have so far then I’m confident in voting this game of the year already.”

Honestly there have only been two things so far that I actively dislike. The first is, in a few cases, the frame rate. From seems to have a bit of a problem nailing this, as evidenced by areas like Blighttown in past titles. It’s not terrible by any means, I’ve just noticed a bit of a stutter here and there. With a game that moves very quickly at times and a single mistake might mean your death, a smooth frame rate preferably at 60 FPS is important to me. The other is the load times for anywhere except the Hunter’s Dream, your hub world. It takes roughly forty seconds every time you die to get back to playing, and it’s just long enough for me to pull out my phone but just too short that I don’t have much time to do anything on it. It’s not a huge deal, but when you’re stuck in one spot it only adds to the frustration.

Other than that, I’m incredibly pleased by what I’ve seen so far. If the rest of the game, especially co-op and the procedurally generated dungeons, goes as well as things have so far then I’m confident in voting this game of the year already. I’m biased; I’m a huge fan of From’s other games like the Souls Series, Otogi, or Armored Core, but I think Bloodborne really is something else and at least one of the best games coming out this year. I’ll give more thoughts on everything once I have the chance to finish it, but I’m already entranced.