Every gamer eventually reaches a point in their gaming career where they need a headset. Whether it’s to keep your wife happy, drown out the noise from the kids or your hearing is starting to go, there will come a time in your life where you’ll need one. I’ve reviewed many different headsets over the years including the Astro A50’s for instance and they are about as high end as a gaming headset gets. They are wireless, feature 7.1 surround sound, and are crazy comfortable. The only thing that stinks is the $300 price tag. I don’t know about you but I don’t know many who can afford to drop the same amount of cash on a headset as they would a console.

Skullcandy, however, have some affordable options for your gaming audio needs. Recently, I had a chance to check out Skullcandy’s slick looking SLYR + GMX-1 Xbox One headset. At around $100 the SLYR features sound specifically engineered for gamers, a control mounted mixer, a stashable boom mic and custom colour scheme inspired by the Xbox One itself. After putting the headset through its paces over the past week there is no question Skullcandy has themselves a rock solid headset for Xbox One owners. For the price, the SLYR is about as good as it gets. Just realize this headset comes with some drawbacks that may give you some pause before you take that $100 plunge. 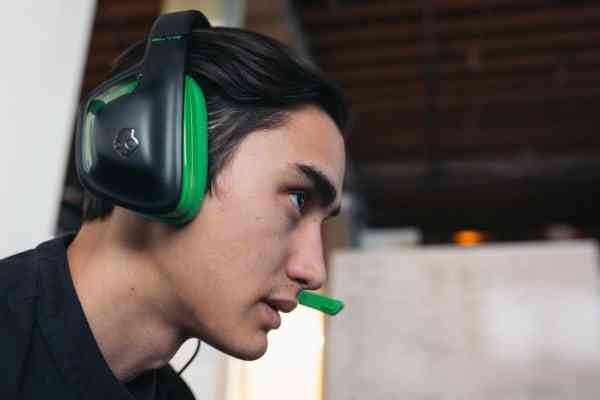 Not being able to use the SLYR with anything else might not seem like a big deal but when you consider that almost every other type of gaming headset on the market can be used with your phone, MP3 player, other consoles, tablets, or PC, I admit it was a bit of a letdown. Given how frequently I travel, I was hoping I could take these puppies on the road with me. Sadly I can’t and for me this was a big issue as here I am looking at yet another headset to add to my collection. I know, first world problem, right?

This little annoyance doesn’t take away from the superb sound of the headset. As I fired up Call of Duty: Advanced Warfare and the opening intro music chimed in, I immediately noticed the crystal clear bass rich sounds. It caught me off guard as I didn’t have high expectations going in. I mean these aren’t 7.1 or 5.1 surround sound cans, so I was taken back with how fantastic everything sounded. These suckers packed a punch. Every little footstep, gust of wind and bullet whizzing by could be heard with amazing clarity. Right off the hop, my early impressions were quite positive.

After I wrapped up some COD multiplayer, I jumped into a game Madden. Just as they did for Call of Duty, the SLYR delivered when it came to Madden’s gridiron game. I could hear every bone crunching hit, the player chatter on the field, and every little grunt as players collided with one another. This headset just made for a more immersive experience. Granted these cans don’t cut out all the outside noise as much as I would have hoped but they fit snug on your head and manage to do the job. 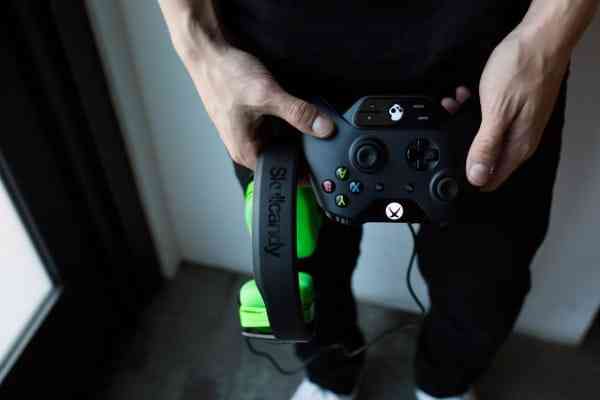 Skullcandy doesn’t call this headset wireless, but they should. The only wire present is the one from the headset to your controller and the reality is many other companies call these ‘not-so-wireless’ headsets wireless. With the SLYR you don’t have use a wire to connect them to the console. Not having to worry about hooking up a mixer, adjusting my receiver or farting around with any of the other Xbox One audio settings is a nice treat. This is truly a plug in and play with zero setup type of headset.

Another nice feature is the GMX1 controller-mounted mixer. This was specifically designed for the Xbox One. All the game-to-voice balancing controls, the volume controls, and a push-button mute are all right at your fingertips. There is no fumbling around in the dark or fiddling with the controls by your ear. Everything is perfectly placed right at the bottom of the controller which is something I loved.

The stashable boom mic was equally impressive. Not only could others hear my voice with no issues but I received no feedback, no static noise, and no echo. The mic also flips up and conveniently tucks out of the way which is perfect for those periods when it is not in use. My online friends didn’t offer up any complaints when my voice came through on the mic, so the mic essentially worked as it should. 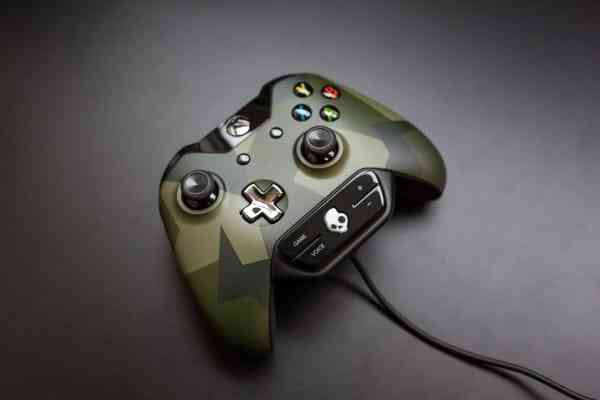 Comfort wise, the SLYR feels very good. They hug your head tightly but the cushioned ear cups and foam on the bridge of the headset provides all the necessary comfort you will need. They fit snug so I never felt like they would fall off even if I whipped my head back. I did notice after a couple of hours my ears began to get a bit sore and sweaty. This could be an issue for some of the gamers who play for more than a few hours at a time. The headset is also aesthetically pleasing. As you can see by the screenshots, the headset looks great and does not appear cheap at all. They are unquestionably sharp looking with a futuristic sci-fi look about them. On the downside, the headset does not come with any stand or a case to store it in. It would have been nice to have some storage options so that I did not have to look at it lying around collecting dust when I am away from the action.

Just like some of Skullcandy’s other console gaming headsets on the market the SLYR Gaming Headset for Xbox One is excellent value for the buck. At around $100 you won’t find many other headsets in this price range for your Xbox One that will beat it in terms of sound quality, comfort, and look. It’s unfortunate I cannot use this headset for any other electronic devices but it is hard to punish a product that was never intended to be played with anything other than your Xbox One. At the end of the day, it’s hard not to recommend Skullcandy’s SLYR Xbox One headset as the bass booms, and the rich stereo sound shines through.

***The headset was provided by Skullcandy***

RIG 500 Pro HX Headset Review – Easy on the Ears… And Wallet
Next Bloodborne Review – Come to Yharnam They Said, It’ll Be Nice They Said…
Previous Bladestorm: Nightmare Review – Sure, it’s Not a Nightmare, but it’s Far From Dreamy