I was never a huge Nickelodeon viewer. Sure, I enjoyed a few of their shows over the years such as Rugrats, The Ren & Stimpy Show, and Teenage Mutant Ninja Turtles. But I was never big on Spongebob Squarepants, Avatar: The Last Airbender, or Danny Phantom. With that said, I’m pretty familiar with a lot of their franchise considering their popularity. When Nickelodeon All-Star Brawl was announced, I thought it would be fun to see all these iconic characters beating the crap out of each other. I’m also a huge Smash Bros fan and it was clear from the beginning that Nickelodeon All-Star Brawl took a heavy amount of inspiration from the legendary brawler. This presents an interesting question; is Nickelodeon All-Star Brawl just a Super Smash Bros. Ultimate knock-off or is it something more?

Nickelodeon All-Star Brawl doesn’t provide any sort of narrative or story. Out of the gate, you can choose Brawl, Arcade, or Online. Brawl is for single matches with up to four players locally, this includes CPU players. You can choose Stock (lives), Time, or Sports. Sports is unique to Nickelodeon All-Star Brawl as the goal is to smash a ball into an opponent’s net while doing battle. Arcade is a single-player mode that allows the player to select any character and then compete in a series of matches. Oddly enough, there are no boss fights in this mode – the last fighter is just one of the 20 included fighters. Finishing Arcade presents you with a win screen – but that’s it. One feature I did appreciate was that when you’re at the Arcade character select screen, you’ll see a little icon next to each character showing the highest difficulty you completed Arcade on with that character. This will provide some incentive for players to try and beat Arcade with each character on higher difficulties. The final mode is Online, which allows you to compete against other players from around the world. 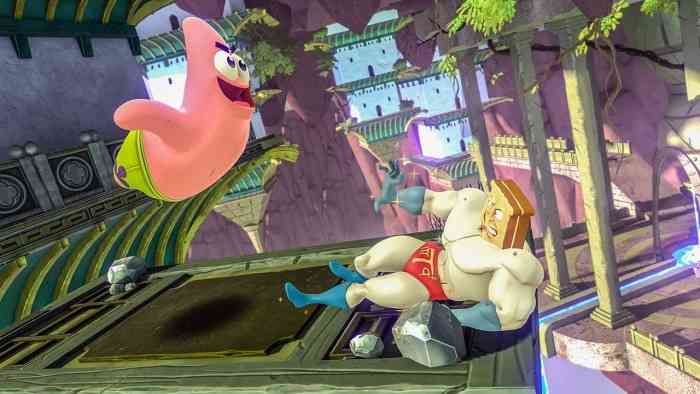 The online mode isn’t too bad of an offering. You’re given three options to choose from; Competitive Play, Quick Play, and Online Lobbies. Competitive Play will provide players an ever-changing score based on their performance against other players. Quick Play will throw you into a non-competitive one vs. one online match. And finally, there’s the Online Lobbies option, which allows you to actively select from other players’ lobbies or create your own. This option also allows you to play privately with friends. For the most part, the experience was generally fine, with no lag issues – even though my Switch is connected via Wi-Fi. There isn’t any sort of reporting or blocking system – so if you come across a player utilizing exploits or just being a jerk, you have no recourse options.

The cast of characters in Nickelodeon All-Star Brawl is diverse, but clearly missing many critical Nickelodeon characters. While I had hoped during my playtime, I would be given the opportunity to unlock some additional characters, this wasn’t the case and I have to assume this is all we’re getting or there will be additional DLC released in the future. There are definitely some pleasant surprises on the roster. Korra from The Legend of Korra, April O’Neil from Teenage Mutant Ninja Turtles, and Powdered Toastman from Ren & Stimpy were great to see. However, the lack of certain TMNT characters like Raphel, Donatello, and Splinter was a bit bizarre. There’s also no representation from The Adventures of Jimmy Neutron or Rocko’s Modern Life, among others. I would have also loved to see some of the characters from their Preschool series included, such as Bot from Team Umizoomi. While it’s understandable that the cast wasn’t going to be as big as Super Smash Bros. Ultimate, after you’ve played Nickelodeon All-Star Brawl for a few hours, you realize the 20 included characters doesn’t quite scratch the Nickelodeon itch and end up longing for more. 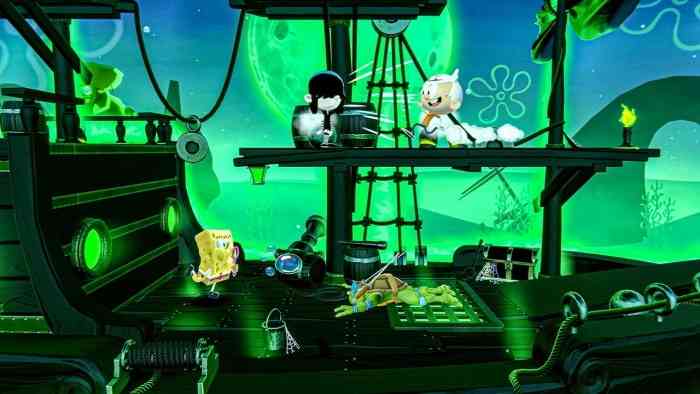 One of the more impressive aspects of the game is the various stages you’ll get to brawl on. Jellyfish Fields from SpongeBob Squarepants is a pretty neat-looking stage. However, my two favorites by far are the kitchen counter stage from Ren & Stimpy, which features some pretty fun background imagery, and the Technodrome stage from Teenage Mutant Ninja Turtles, which features the hulking Technodrome in the background. You’ll also find some franchise characters, not included in the roster, appear in some of the stages. For example, the Teenage Mutant Ninja Turtles stages feature familiar faces in the form of Foot Soldiers, Mondo Gecko and Krang – leading me to hope they would be unlockable, but alas, they’re just there for cameo appearances. Still, they were details I appreciated.

The game’s soundtrack is okay. I really couldn’t pinpoint any recognizable tunes and I wonder if maybe there were some licensing issues with the music. I would have assumed we would get renditions of the Teenage Mutant Ninja Turtles theme or the Spongebob Squarepants theme, but alas, there weren’t there. And I had really hoped we’d get some classic Ren & Stimpy tracks such as “Don’t Whiz On The Electric Fence” but it probably wasn’t included for obvious reasons. The sound effects are a pretty big disappointment. Not on licensed sound is included in the game. At the beginning of each match, the characters speak to each other via text, but no audio at all. And while I can appreciate budgeting issues prohibiting them from using the voice actors – I find it hard to believe they couldn’t use pre-existing audio clips from Nickelodeon shows to add some much-needed flair. There is an announcer who will make the occasional comment throughout the match, but that’s very little consolation. 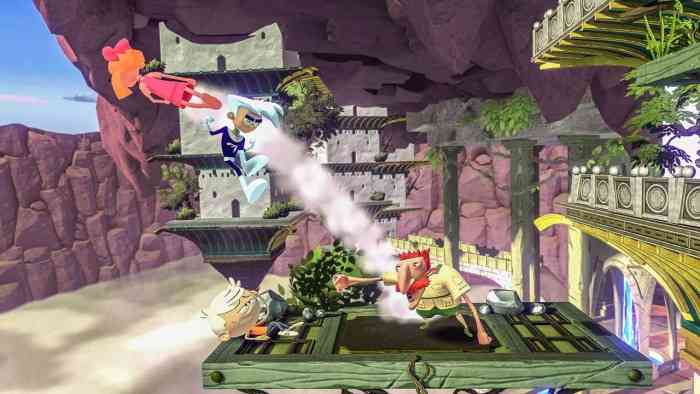 Nickelodeon All-Star Brawl is a passable Smash Bros. clone. While it lacks the depth and polish of a game like Smash Bros, it’s not without its charm. Being able to brawl it out with beloved Nickelodeon characters such as Ren & Stimpy, TMNT’s Michelangelo, and Patrick from Spongebob Squarepants is a lot of fun at first. Unfortunately, the lack of depth really starts to take notice when you realize the 20 playable characters is all that’s included – no unlockable characters or stages. Completing the Arcade mode provides no unique character endings; however, you do get some unlockable images and music to view in the Extras menu. Beyond that, your only drive is to try and complete the game with each character on more challenging difficulties. Multiplayer is fun, and while I didn’t get a chance to take local multiplayer for a test drive, the online multiplayer was pretty decent without any noticeable lag. Any Nickelodeon fan could easily name off a dozen or so characters notably absent from the game’s roster – as a TMNT fan, the lack of Raphel, Donatello, and the expansive list of their villains, such as Shredder, Bebop, Rocksteady, and more, is a big disappointment. I imagine we’ll get some DLC in the future, in fact, there have already been some rumours about who might be included. My only hope is that they’ll provide new stages in addition to new characters. If you’re finally bored of Smash Bros. Ultimate and need a similar alternative, Nickelodeon All-Star Brawl might scratch that itch, but just barely. 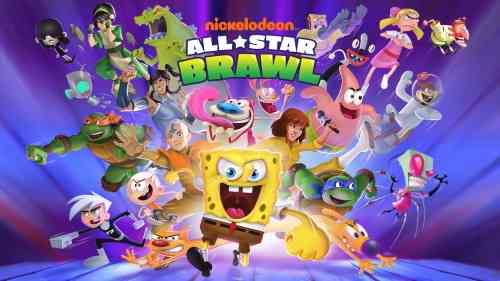