Perhaps you remember Smash Bros from days gone by. Getting together with some good friends and wailing on one another until feelings were hurt and battle cries were unleashed. Picking your absolute favorite and watching them decimate or be destroyed. As someone who took a break of sorts, who hasn’t thrown down in a few years, I promise you things have changed. I can also promise that they’ve changed for the better. Like any good flagship series, this is a franchise that Nintendo has worked and polished until it positively glows.

First things first, I’m not some Melee acolyte diehard who worships a well-worn GameCube controller by candlelight. These are games that can and have gotten better with time. I’m also not a serious Smash player by any means. To that end, I represent Nintendo’s actual target audience. Speaking from that humble seat in the nosebleeds, this game is righteous fun. Things move faster than ever before, the character roster is utterly daunting, and the fights themselves keep you coming back for more. There’s also a visceral thrill in watching your roster as it slowly expands with every victory. What starts out small will soon become massive, much like the smash bros franchise itself.

A Colossal Roster of Warriors

Online functionality is off the table at the time of this review, so I resigned myself to the game’s many (many) single-player options. If nothing else, I appreciate the chance to brush up before my friends get ahold of the game. The only mode I couldn’t get into was the World of Light. Yes, there’s some RPG elements to soak in, but they can’t combat the monotony threaded through every step forward. On top of that, the challenge level was weirdly uneven. I went from crushing fools to getting sorely wholloped with little rhyme or reason. It was either boring or frustrating, and seeing how much map I had to uncover only sapped my enthusiasm further.

Yet this same expanse on the character select screen had me gunning for more. The main difference was one of consequence. The World of Light felt pointless. What was I working towards? The other modes were gifting me with tangible dividends, whereas the story mode was just a place to scoop up spirits and achievements. Maybe after I’ve unlocked every fighter and played the game to death the World of Light will hold more appeal.

Ultimate wouldn’t be a proper Switch game without a whole bunch of control options. You can use one Joy-Con, a full set of them in the grip, the Pro Controller or even a GameCube pad. Sadly, all I’ve got at my disposal are Joy-Cons, but they work just fine. I do worry somewhat about utterly destroying the analog sticks with this game, but this has always been an issue with the Smash series. If you’ve come this far, you know what to expect. The only time I had trouble was when I tried switching control schemes mid-battle. Don’t do this. It will only end badly. Otherwise I was unimpeded in my relentless beatdown exchange.

It’s hard to properly critique the controls in a Smash game, because they’re not exactly designed that way. High-level play comes from strategy, not precision. To that end, I’m unable to evaluate the frame-by-frame metagame on display here. I don’t know whether or not Ultimate will usurp Melee’s throne, I just know that fighting feels exceptionally good. Your moves are fast, responsive and satisfying. I can’t tell you how every fighter plays, because I’m nowhere near finished unlocking everyone. That’s not to say that getting new fighters is hard! There are just so damn many of them.

On that note, every fighter in Ultimate feels different. Some more than others, of course. Echo fighters like Dark Samus and Richter Belmont are more or less cosmetic choices, but that’s not the case for everyone. All of the Link variants have different moves and movements. The different brawler types are as separate as night and day. Even the Fire Emblem crew manage to stand apart from one another. Even if you had a favorite in previous entries, you owe it to yourself to strike out and experiment this time around. Your newest top pick could surprise you. Personally, I’m hooked on Pac-Man at the moment. Any character who can draw a path to follow with their side B move is alright in my books.

Variety Is The Spice of Fights

Without online multiplayer access, I can only speculate on what’s to come. However, I can tell you that there’s a ton of modes to mess around with. None of this will matter if you’re the sort of Smash player who desperately wants this to be a serious fighting game. You’ll likely switch off items, zero in on the Final Destination stage and never see what sort of insane nonsense is truly possible with this game. I implore you to let loose and have fun, even if it takes all the skill out of the game. There’s pure, ageless joy in turning off everything but Pokeballs, turning them up to max, and cramming your whole crew on the smallest stage in the game.

For many of you, this review is a moot point. Your mind was made up, one way or the other, the moment you learned that Ultimate existed. Smash Bros. is such a weird institution with a slavish fanbase that Nintendo could have broken pre-sale records with zero advertising. Yet there’s no denying that Super Smash Bros. Ultimate is the series at the height of its powers. This is a portable, high-speed party brawler with a massive roster and a host of game modes. Whether you’re into couch co-op or online play, this game comes in hot and heavy. Maybe you, like me, have skipped the last couple entries. Maybe you’re equally unsure about this one. Take it from me: you don’t want to sleep on Super Smash Bros. Ultimate. Nintendo has knocked it out of the park with this one.

***A copy of the game was provided by the publisher*** 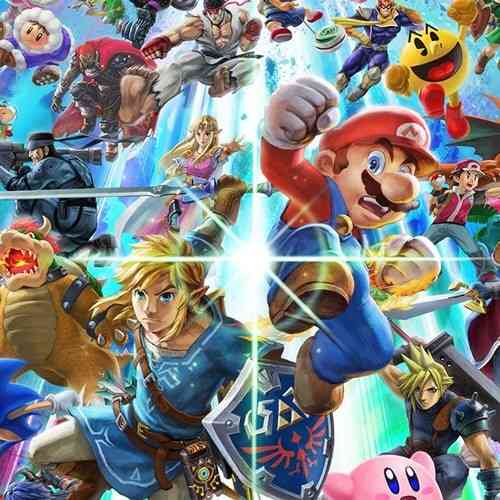