If you are reading this review, the chances are probably good that you are a fan of the anime My Hero Academia, upon which My Hero One’s Justice 2 is based. I will confess that I am not familiar with the series nor the previous game title, My Hero One’s Justice, but that works as an advantage in a way, because my impressions here are those of a completely objective and unbiased player. And with apologies to the die-hard fans, I’ve found My Hero One’s Justice 2 to be a decent and well made, but ultimately forgettable, experience.

My Hero One’s Justice 2 is a 3D arena fighting game in which you battle one other opponent in a small, round area. You play as a character from the My Hero Academia series, who possesses a unique ability set and special attacks. However, there is a large set of moves for both attacking and defending common to all fighters, which you are taught during the first phases of the game’s Story mode, which is a clever way of incorporating the Tutorial. The game does a good job of teaching you which buttons to press to pull of attack moves, and once you get a “check” you are able to move on to the next move.

After the Tutorial phase, you move on in the actual Story mode, which is various scenes from the series. Here, you’ll play as different characters each time, and get to use their special moves. Key among these are the Plus Ultra moves, which you can pull off periodically after building up your meter. It’s pretty standard stuff for a fighting game, and most players will get the hang of it pretty easily. My Hero One’s Justice 2 does add the ability to call side-kicks in to the fight once is a while as well — these are something like Personas that appear for a brief time, kick some serious enemy ass, and then fade away again.

So the bottom line is that My Hero One’s Justice 2 doesn’t really bring anything to the fighting genre that you haven’t seen before. There is a pretty able attempt made to beef up what is at its core a shallow brawling experience by adding a long and involved Story mode, in which the fighting scenes are given narrative context. However, if you’re not a fan of the series the characters and situations will lack coherence. I found the Story “chapters” to be brief interludes of mostly confusion before the next fight began. 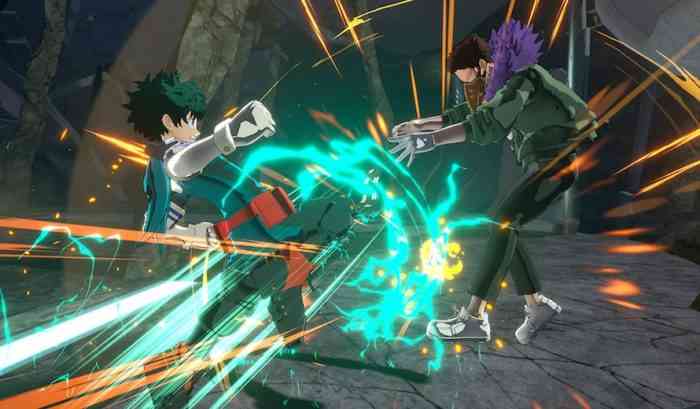 Like many fighting games I’ve experienced, the combat in My Hero One’s Justice 2 often devolved into button mashing, despite all the exquisite and complex moves and combos I had been taught earlier. With such a large, three-dimensional space to move around in, I found my enemies could (and did) easily side-step my attacks or run away while I wound up, which made it hard to time and target them for special moves. The depth of My Hero One’s Justice 2’s arenas should make things better but I felt like there was almost too much space to move around in. That also holds true for the point of view. In 3D space, the camera was a challenge as I tried to keep my enemies in view. I spent as much time fiddling with the right stick during combat as I did making attacks. That made it hard to pull off all the beautiful moves that My Hero One’s Justice 2 wanted me to.

The presentation in My Hero One’s Justice 2 is appealing in its style, especially in Story mode — picture an anime graphic novel but with extra animations added to each panel as you read. However, it feels a bit low-budget, and it would have been nice to see full animation and voice acting. In the actual combat, things are better, with gorgeous character models and actions enhanced with comic-book style “POW!”‘s and visual flair. For example, when I used my Freeze ability, a wall of actual ice was thrown up in front of me, trapping my opponent for a short time. It is during the actual fighting scenes that My Hero One’s Justice 2 feels like a real anime come to life.

Still Waiting for a Hero

Besides Story mode, My Hero One’s Justice 2 offers Mission mode, which is an RPG-like mode that lets you earn rewards as you move on and progress. In spite of these variations, though, I found that overall the game suffers from the fact that it is, at its core, just a one-note experience. If you like arena fighters, this is a decent experience that will fit the bill but it won’t blow you away. It is, to its credit, a well-made and technically sound game — the action is smooth, even on the Switch, and the visuals are crisp and colorful. Crucial in a fighting game, the controls are responsive and lag-free.

If you’re a fan of My Hero Academia, you’ll enjoy My Hero One’s Justice 2. It brings your favorite characters to life and gives you the opportunity to pit them against each other in a solid fighting arena experience. But for the rest of us, this is a pretty lackluster brawler that looks and plays a lot like other games we’ve seen. What it does, it does competently, but My Hero One’s Justice 2 has a long way to go before it can claim the King of Fighters title. 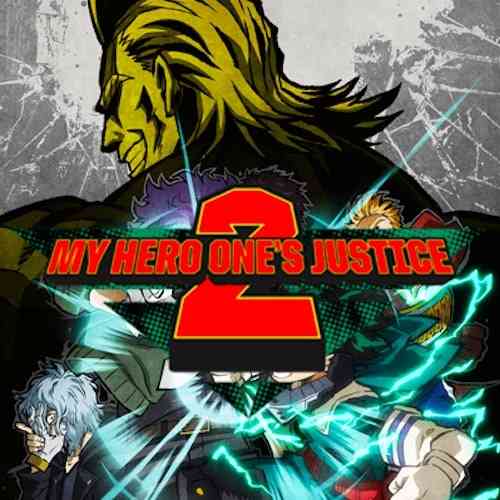 
Twerkin Gherkin Cosplay Will Set Your Heart On Fire

The Beautiful Couples Cosplay of Baozi and Hana