I remember when I first heard about Saints Row 2, how it was going to go toe to toe with open-world crime juggernaut Grand Theft Auto and do things just a little differently. I found the game more approachable, not taking itself quite so seriously, and I was happy to stick with the franchise as it continued to evolve. With each successive iteration in the series, the games became more outlandish than the last. Saints Row IV saw that ever-evolving cavalcade of silliness take the nuclear option of one-upping itself by making the leader of the Third Street Saints the President of America, and subsequently blowing up planet Earth in the first act. Originally released in 2013 for the last generation of consoles, the Saints have won a special place in our hearts, but is it a viable contender to jump back into seven years later on Nintendo’s hybrid console?

For those who don’t know, Saints Row IV starts out with the Third Street Saints joining forces with the government for a covert counter-terrorist mission. They hit the mark for every possible movie cliche they can (and continue to do so throughout the game!) culminating in The Boss crashing through the White House ceiling and into the oval office. They are elected President five years later and soon after an alien invasion sees only the brightest and most valuable humans taken alive and the planet completely annihilated.

When the Saints go Marching In

The Boss is forced to enter the Steelport Simulation; an open-world simulation of Steelport, the location of the third game. Zinyak, leader of the Zin, has built this Matrix-like space as a virtual prison for the subconscious mind of our fearless protagonist. With the help of Kinsey and the Saints, they aim to kill Zinyak and avenge Earth. The game plays much like you would expect a satire of Grand Theft Auto would; run around the city causing mayhem to your hearts content. Saints Row IV, of course, offers plenty of RPG elements with leveling up, a plethora of upgradeable weapons, character customization, and more. I played the game extensively on PS4, so the real question is whether or not this game holds up well enough on the Switch. 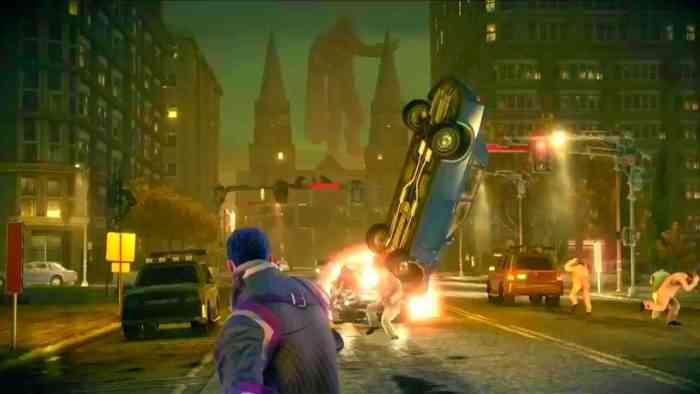 In handheld mode, the battery does drain at a somewhat reasonable rate, although I would have hoped it could run a little longer. You’ll get around an hour and a half to two hours out of it which I suppose would be fine for a normal game except for one major flaw: Saints Row IV is addicting. After the initial missions are out of the way it’s hard not to get distracted with everything to do: take over shops, complete activities, customize your character, collect data… I easily lost most of a day playing without even realizing it.

That classic raunchy humor is here in full swing and honestly, it still holds up today. The game could have been released in the last year or two and it would have the same quality of writing which is fantastic to see. It did take me a little bit to get the hang of the control scheme as it isn’t exactly typical for modern games, but soon enough it was second nature. I must, however, point out the biggest problem which seems to plague these Switch ports: aiming.

To keep its smaller profile, the joysticks for the Switch are short, even on the Pro Controller. Shorter sticks mean less range of motion for fine aiming, and even adjusting the sensitivity settings doesn’t help enough to make it effective. Luckily in Saints Row IV its more about bullets, abilities, and mayhem than stealth because fine aiming is fairly useless outside of sniping from a distance behind cover. This problem was also present in the Saints Row The Third port which came to Switch last year, but seems at least moderately more improved. On the one hand, I hope this sort of issue can be patched to give better sensitivity controls to make aiming a little easier (although the more explosive the weapon, the less you need to aim!) however, since Volition has announced they are working on a Saints Row 5, I understand why they are releasing the series slowly on Switch for the time being. 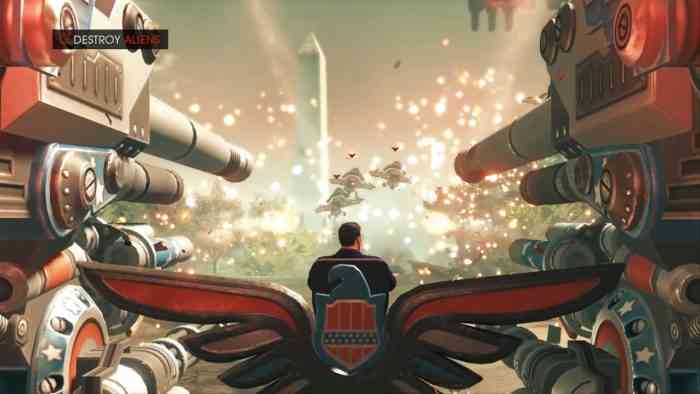 Saints Row IV: Re-Elected comes with all of that fantastic, over the top DLC with insane weapons, new story missions, and tons of cosmetic options. As a story, this wild experience is still refreshing and incredibly charming while keeping true to its raunchy, adult themes. The pop culture references on display are shameless and simply add to the charm of the series. While it does control well once you get used to it, the fine aiming leaves something to be desired, so if you prefer to spend a game looking down scopes this might not be for you. If you love horrible jokes, fire, death, explosions, superpowers, murder, and mayhem, this is the game for you. 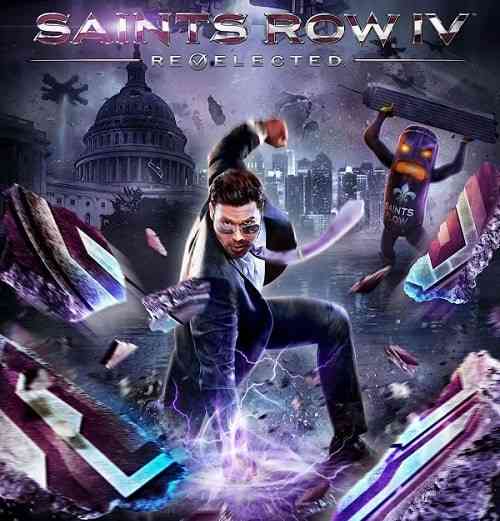