It kind of seems like Deep Silver is doing everything it can instead of giving us Saints Row 5. To be fair, they are running out of ways to say sequel titles; they have done numbers, Roman numerals, and spelled it out. The only thing they have left is Sign Language. But back to what they are doing. The most recent numbered Saints Row title is officially coming to the Nintendo Switch. It was announced on February 4th that a Saints Row IV Nintendo Switch port would be coming on March 27th, 2020. 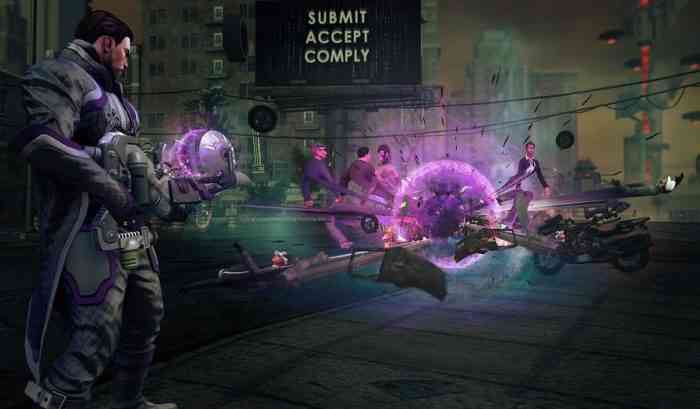 If you don’t know anything about Saints Row IV, which is almost seven years old at this point, it is a continuation of Saints Row The Third, where the Boss begins the game as a counter-terrorist, quickly gets elected President of the United States, and then is captured by a hostile alien force, right before they destroy planet Earth. Most of the game takes place inside a digital recreation of Steelport, where the player is granted superpowers and experimental technology. While, in my personal opinion, I do not think Saints Row IV surpasses Saints Row The Third’s quality, it still presents a great many hours of entertainment, especially the Re-Elected version with all the DLC, which is what the Nintendo Switch is getting.

Are you going to pick up Saints Row IV on the Switch? Let us know in the comments below.