It’s Really All About Harley Though 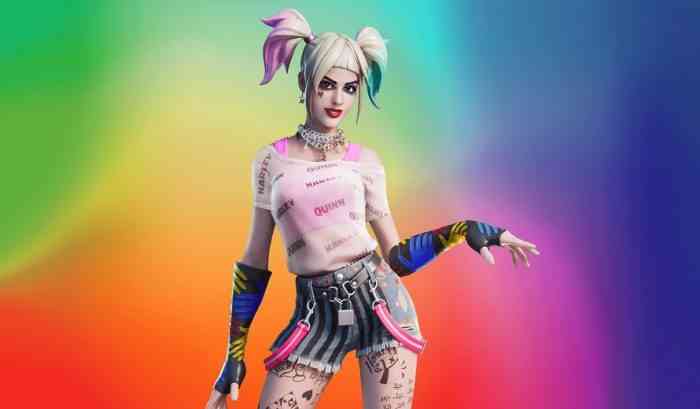 The Harley Quinn Bundle is now available in the Item Shop. It includes a Harley Quinn costume, called Lil Monster XoXo Harley, that you may recall from Suicide Squad. The text on her shirt is changed from Daddy’s Lil Monster to Lil Monster XoXo. The item bundle also comes with replacements for the pickaxe; a baseball bat called Harley Hitter and a mallet called Punchline. There are also three challenges for players to complete:

Upon completing these challenges, the Lil Monster XoXo Harley outfit will transform into the Always Fantabulous Harley, which is designed as she appears in Birds of Prey.

So, it’s a Birds of Prey event with none of the other Birds. I guess Canary and none of the other characters I know off the top of my head are as popular as Harley Quinn. The event starts today and ends on February 17th, so the item bundle will be available in the Item Shop until then. Birds of Prey hits theaters tomorrow. Fortnite is available on mobile, PC, PS4, Xbox One, and Nintendo Switch.

Are you going to get the Harley Quinn Bundle? Let us know in the comments below.

“Batman/Fortnite: Zero Point” is The Crossover Nobody Asked For, But Everyone Needs
Next
Saints Row IV Nintendo Switch Port Officially Announced
Previous
EA Has Increased the Prices of It’s Older Games on Steam